More than 5,000 Houston homes that flooded during Hurricane Harvey were inside a pair of reservoirs on the west side of the city. So why didn't homeowners there know that could happen? Here's what you need to know:

• When the U.S. Army Corps of Engineers built two reservoirs in Houston known as Addicks and Barker in the 1940s, the surrounding land was mostly empty prairie — and their main objective was to protect the center of the city, 20 miles down the road. The system worked like a charm back then, but eventually development came into the picture. Out of the 14,000 homes inside the reservoirs today, more than 5,000 flooded during Harvey.

• Now comes the blame game. Some officials in Harris County said they long warned residents about the risks of living near the reservoirs, but none of the residents who spoke with The Texas Tribune and ProPublica after Harvey said they knew they were living inside a reservoir. On the flip side, other local officials said they had no idea neighborhoods were built in a dangerous area. Predictably, everyone now pins the blame on Congress — for more than a decade, the Army Corps pinpointed several major needs for the reservoirs, but lawmakers in Washington never acted upon the information.

• What's next? Local officials are divided on what to do now that Harvey has exposed the danger thousands of homes are in. Some want to start constructing a long-discussed third reservoir to hold more water, and they want the federal government to pony up for its estimated $300 million price tag. But it's unclear where a third one could be built, and when landowners have been brought into the conversation, efforts to move the ball forward stalled and were never revived.

• Talk to us. Has your home flooded repeatedly, or have you volunteered for a buyout? We're looking into home buyouts after Harvey with ProPublica. E-mail us.

• Education Commissioner Mike Morath and superintendents of school districts that have been affected by Harvey are testifying before the House Public Education Committee this morning. Follow Texas Tribune reporter Aliyya Swaby for updates.

• Some have criticized payday loans as a debt trap for middle and low-income Texans. But new rules are now on the table, and borrowers may be armed with new protections because of them.

• We sat down with the superintendent of Pflugerville ISD, who's now a member of the state's new school finance commission. He thinks the current funding formula is old and wants members to approach challenges facing the panel with an open mind.

• State Rep. Dawnna Dukes had one felony charge dropped against her. She still faces 12 more.

• U.S. Rep. Al Green from Houston unveiled articles of impeachment against President Trump. But not many people jumped on board.

• On this week's TribCast, we talked about Gov. Greg Abbott wanting to make inroads with Latino Texans, the Ted Cruz-Beto O'Rourke matchup in 2018 and what to do about Confederate monuments at the Capitol. Listen here.

• There's a new task force in Texas that will connect Harvey-affected schools and their communities with counselors and funding opportunities to help deal with repercussions from the storm.

• The fourth round of NAFTA talks are happening, and President Trump is still threatening to withdraw from the agreement if he doesn't get what he wants. (Associated Press)

• ICE has detained several hundred pregnant women since last October. Some troubled by it say the trend has worsened under the Trump administration. (Texas Observer)

• Abbott is far from thrilled with the Texas congressional delegation over Harvey aid. He told The Houston Chronicle ($) they may actually get "rolled" on the issue.

• Wildfires in California have left more than 20 dead and hundreds more missing. (The Washington Post $) 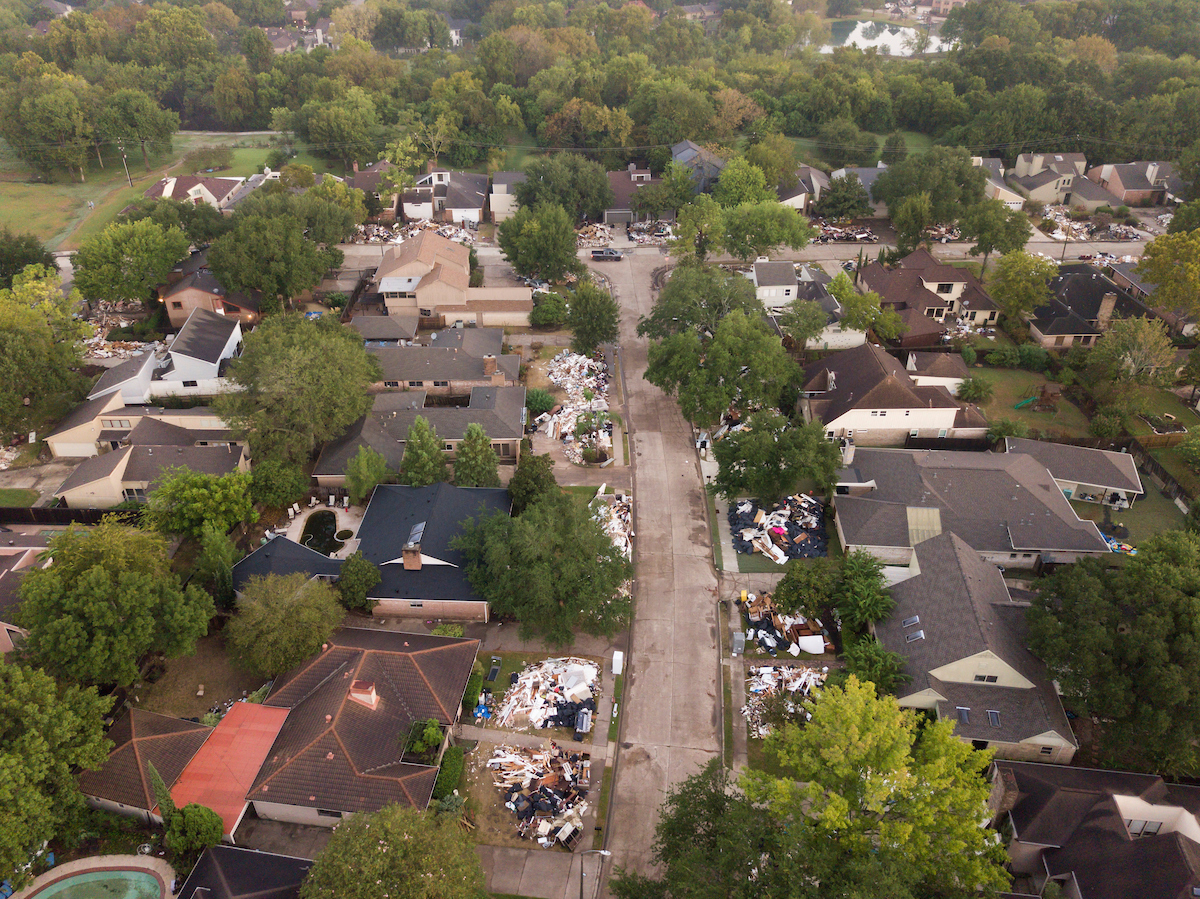 The neighborhood along Buffalo Bayou just below the Barker Reservoir in Houston on Sept. 19, 2017. Photo by Michael Stravato for The Texas Tribune. See more photos on our Instagram account.

"I had no opportunity to pay back. I was set up for failure."

— Gordon Martinez, a former teacher, on his experience with a payday lender more than 10 years ago.

Correction: This story has been updated with the correct location of the Addicks and Barker reservoirs. They are on the west side of Houston.