Gov. Greg Abbott and Houston Mayor Sylvester Turner have traded a few jabs this week over when and how to spend state funds on recovery efforts after Hurricane Harvey. Here's what you need to know:

• Why are they arguing? The city of Houston has already seen damages from Harvey exceed its $100 million flood insurance limit — and now the city is without flood insurance in the middle of hurricane season, Turner wrote in a letter to Abbott earlier this week. His note said money from the Rainy Day Fund, the state's roughly $10 billion savings account, could cover the estimated $10 million cost of extending the city's flood insurance policy until April 1, 2018.

• When Turner talked with us earlier this week, he said Abbott should call the Texas Legislature back for special session to authorize Rainy Day Fund money and suggested that a lack of immediate funding from the state was forcing him to push for a citywide property tax hike. "If [Abbott] told me he was going to tap it," he said, "I wouldn't propose [the property tax hike]." Without a significant lift from Texas, Turner said, Houston will be forced to up its property taxes for a year to bring in $50 million for recovery efforts. That would cost the average Houston homeowner around $48.

• Abbott shot back the next day. In a news conference Tuesday, the governor said Turner "has all the money that he needs" for recovery efforts, and added that he "seems to be using [Harvey recovery] as hostage to raise taxes." Abbott said earlier this month that convening a special session would not be necessary to fund Harvey-related needs — so in addition to reiterating that on Tuesday, he added that Texas has already OK'd around $100 million toward debris removal in Houston and said the state would pay any invoice the city submits within 10 days.

• One thing to note: State lawmakers don't need to meet in Austin for a special session to fund Harvey relief; technically, the Legislative Budget Board could funnel funds from state agencies toward recovery efforts and then fill the hole with money from the Rainy Day Fund when legislators come back in January 2019.

• From Ross Ramsey: Between the outcry over college protests and professional athletes taking a knee, the public square is starting to look like a daycare center before nap time.

• Can a web tool help Texans on the coast assess their flood risk? This professor thinks so.

• Texas' fees for handgun licenses just got a whole lot lower, thanks to a new state law.

• The GOP may have failed in its latest health care overhaul attempt, but they're rolling out a tax reform proposal today.

• A prosecutor in Waco lied about drinking and driving. He resigned soon after that. (Waco Tribune-Herald)

• The feds say Texas was probably targeted for hacking during the 2016 election. (San Antonio Express-News $)

• And the case against state Rep. Dawnna Dukes continues — the judge is giving prosecutors more time to prepare for trial. (The Austin American-Statesman $) 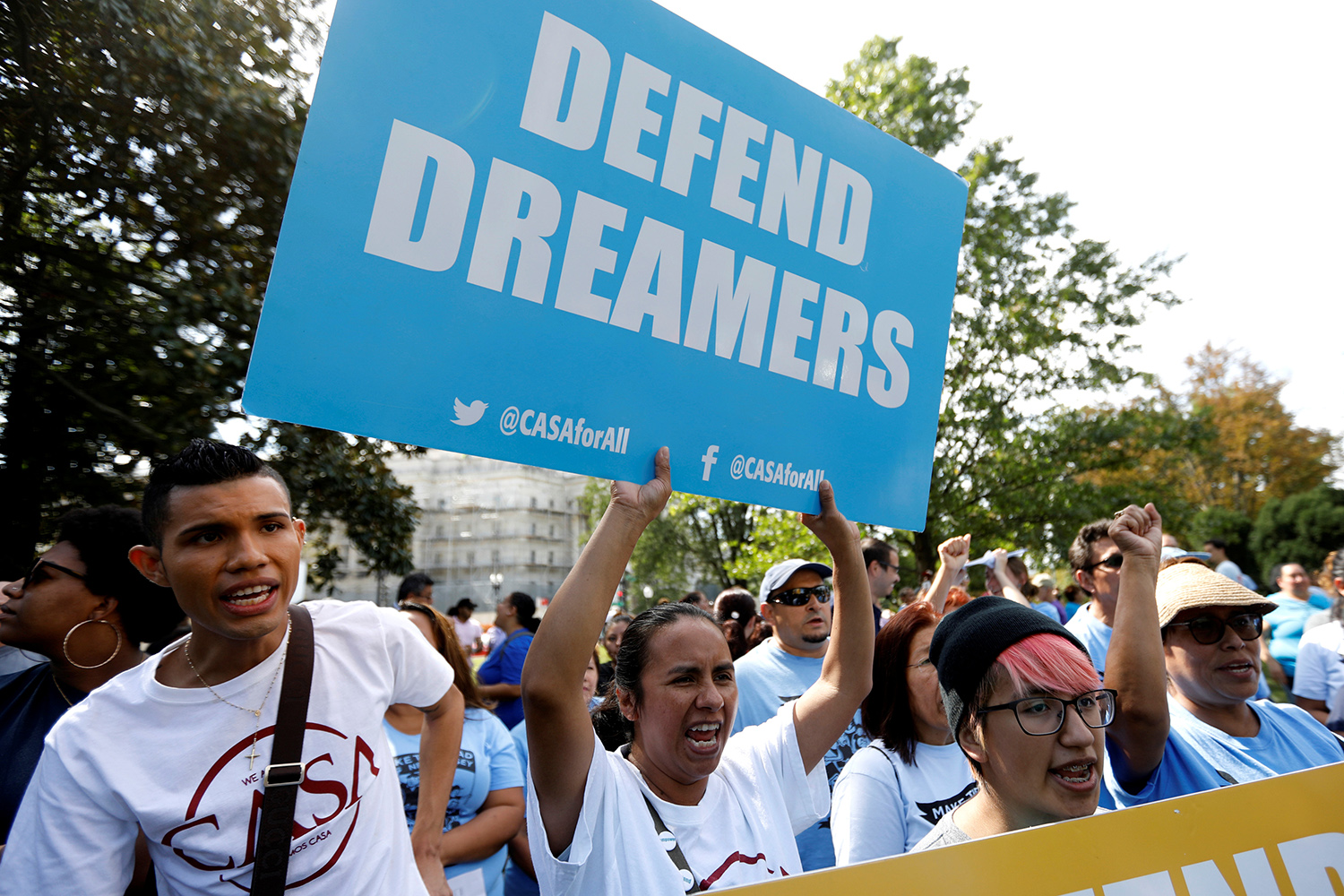 A woman holds a sign during a rally calling for the passage of a clean Dream Act outside the U.S. Capitol in Washington, D.C., on Sept. 26, 2017. Photo by Reuters/Kevin Lamarque. See more photos on our Instagram account.

"Political correctness turns out to be common on both sides of the political fence. Chill out. Toughen up."

— Ross Ramsey, on protests themselves overshadowing the ideas and practices being protested.