More than 200 people in Mexico are dead after an earthquake rocked the region on Tuesday. Here's what you need to know:

• The 7.1 magnitude earthquake occurred Tuesday afternoon, sending buildings toppling and exploding throughout the area. The death toll is expected to climb as rescuers continue digging through piles of debris.

• The Mexican government has declared a state of disaster in Mexico City, which means the floodgates for emergency funds have been opened. Mexican President Enrique Peña Nieto said citizens "are facing a new national emergency." So far, more than 44 buildings have collapsed in Mexico City alone — including a school building where 22 have died and 38 are still missing.

• Texas and U.S. officials respond: "God bless the people of Mexico city," tweeted President Donald Trump Tuesday afternoon. "We are with you and will be there for you." Texas' top two officials, Gov. Greg Abbott and Lt. Gov. Dan Patrick, were quick to put out statements too: "Mexico has been challenged by several natural disasters over the last few weeks, and our hearts are heavy for those lost and impacted by these tragedies. The State of Texas will continue to offer any support to aid Mexico in their time of need," said Abbott in a released statement. "Sending thoughts & prayers to Mexico after the deadly earthquake," tweeted Patrick. "Join me in praying for the families of the lost."

• The quake comes on a sad anniversary for Mexico City: On Sept. 19, 1985, an 8.0 magnitude earthquake devastated the capital, killing thousands and leaving many more homeless or injured.

• From Ross Ramsey: House Speaker Joe Straus wants businesses to stay steady through the 2018 elections and into the 2019 legislative session — which is a lot to ask in politics.

• Speaking of Straus, he's joined the growing chorus of voices calling for the removal of a Confederate plaque at the Capitol.

• Some transgender Texans are using the failed "bathroom bill" as fuel for running for office in 2018.

• The University of Texas at Austin may have fallen short of its lofty graduation goal, but it lifted up minority students in the process.

• Christopher Scott woke up in a Texas prison cell an innocent man every day for more than 12 years. Here's how Texas is becoming the "gold standard" against wrongful convictions.

• Things got testy between Railroad Commissioner Ryan Sitton and Chairwoman Christi Craddick over whether the agency's executive director was fired. We've got the video.

• Texas and 40 other states are wanting to know more about the nationwide opioid epidemic — and whether manufacturers played a role in creating or prolonging it.

• House Speaker Paul Ryan and the White House aren't on board with a bipartisan health care fix. (Politico)

• Start lining up for the 2018 Republican primaries, folks. (The Dallas Morning News $)

• An official in the Texas House may have damaged the state's corruption case against state Rep. Dawnna Dukes. (The Austin American-Statesman $)

• Here's how we're covering the aftermath of Harvey — and how you can help.

• Some are questioning why a nuclear plant in Texas was kept open amid Harvey. (The Austin American-Statesman $)

• Texas is opting into a new broadband network to help first responders boost communication capabilities while on the job. (The Houston Chronicle $)

• Texas has added seven counties — including Harris — to the list of those that have residents who don't have to be close to home to receive food stamps. And a megashelter in Dallas still housing around 200 Harvey evacuees is closing today. (The Dallas Morning News $) 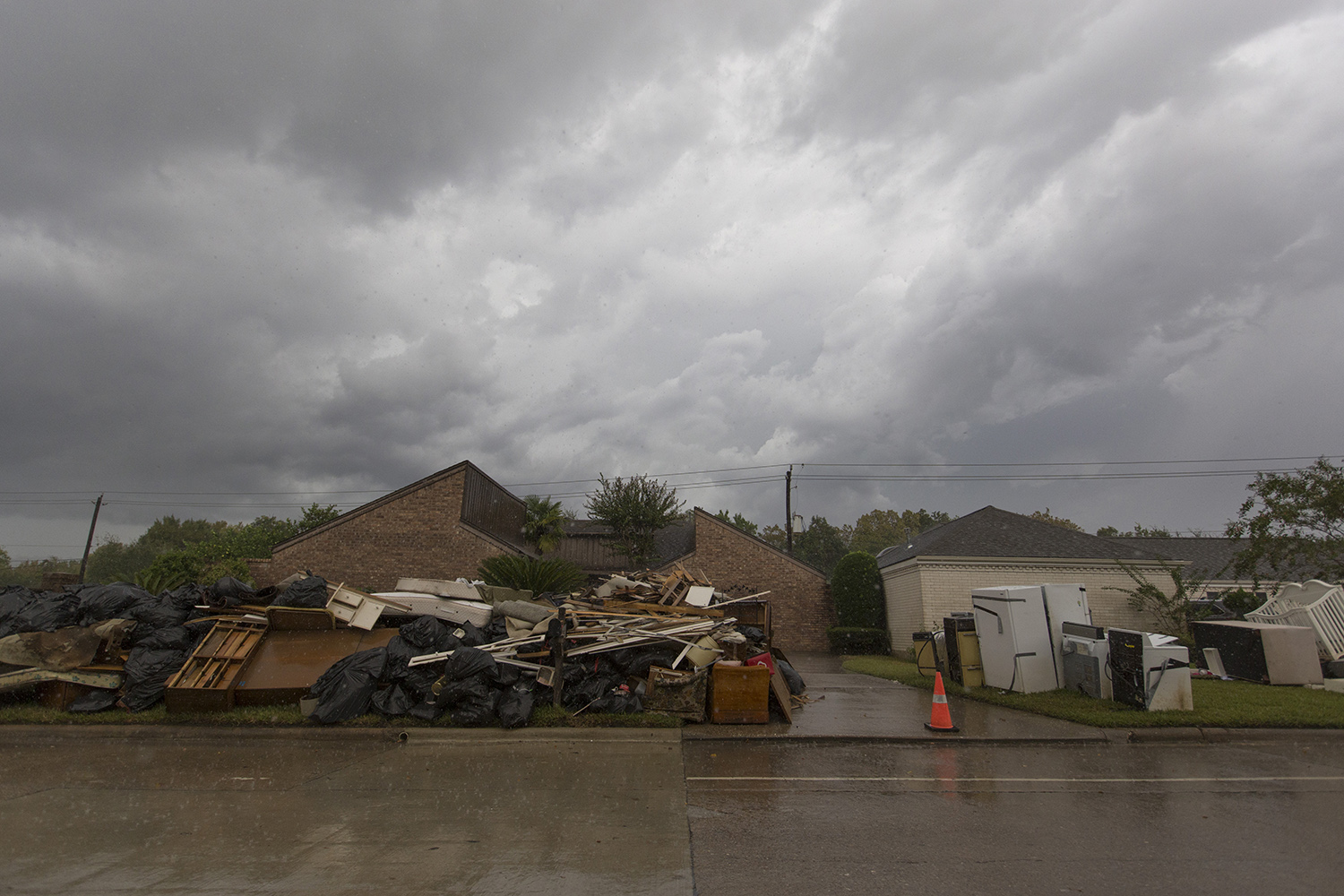 Water-damaged debris from homes and businesses in the area just below the Barker Dam and Reservoir is piled up curbside in Houston on Sept. 18, 2017. Photo by Michael Stravato. See more photos on our Instagram account.

— Dani Pellett, on why she, as a transgender woman, decides to live and seek office in Texas.