From Texas' continuing legal battles to more Harvey aftermath and a possible announcement later today on the fate of an Obama-era immigration program, Labor Day weekend is over and we're back — here to fill you in on what you need to know:

• As relief efforts after Hurricane Harvey continue, residents face environmental risks from the receding floodwaters and thousands are still without drinking water. Harvey so far has caused at least 60 deaths — many from drowning and indirect effects of the storm — according to the Associated Press, and more than 500,000 families have registered with the Federal Emergency Management Agency's assistance program. President Donald Trump was back in Texas on Saturday, checking in on recovery efforts and meeting with victims of the storm. On Monday, U.S. House Majority Leader Kevin McCarthy announced in Houston that the House planned to vote Wednesday on an initial Harvey relief package. Recaps on everything Harvey-related from over the weekend are here, here and here.

• The predicted cost of Harvey's devastation is expected to top $180 billion in federal funds, Gov. Greg Abbott said Sunday — which is $60 billion more than what was needed after Hurricane Katrina in 2005. But at the state level, Abbott said Friday that it wouldn't be necessary to bring the Texas Legislature back to town anytime soon to deal with the response to Harvey. The governor is receiving a briefing on the storm this morning and will head to the cities of Wharton and Beaumont this afternoon to see more Harvey aftermath.

• An Obama-era immigration program is expected to come to an end — at least to an extent. Politico first reported Sunday night that Trump had decided to end DACA, a program created in 2012 that granted relief from deportation to hundreds of thousands of young Texans. Questions surrounding the exact timeline for DACA's termination and what that could mean for current recipients may be answered later this morning, when Attorney General Jeff Sessions is scheduled to give a media briefing. The news comes after Texas, along with several other states, gave Trump an ultimatum back in June: Decide by Sept. 5 to end DACA, or we'll see you in court.

• Other items you may have missed: The Justice Department on Friday asked a federal appeals court to let Texas enforce its new voter ID law that a lower court found discriminatory in August. This particular legal battle is just one of the state's several back-and-forths in court this year, and it marks the continuing of a dramatic reversal on voting rights under the Trump administration. As for the state's redistricting battle, here's where thing stand.

• The Crosby plant explosion is also highlighting the state's efforts to block access to chemical information.

• Texas officials say it's a long road ahead for the state's transportation system after Harvey.

• Pete Gallego isn't running for his old congressional seat in 2018.

• Thanks to a statewide aid system, Texas law enforcement officers are en route to the Houston area to help local authorities there in rescue and security efforts.

• Here's how to avoid the health risks that Harvey raised.

Join us on Thursday for a conversation with three Tribune reporters who covered Hurricane Harvey.

Harvey evacuees in Houston are leaving shelters more than a week after the storm — but housing is still a primary concern. (Associated Press)

A 31-year-old disc jockey from Lufkin — and DACA recipient — died after trying to save lives in the Harvey floods. (The Houston Chronicle $) 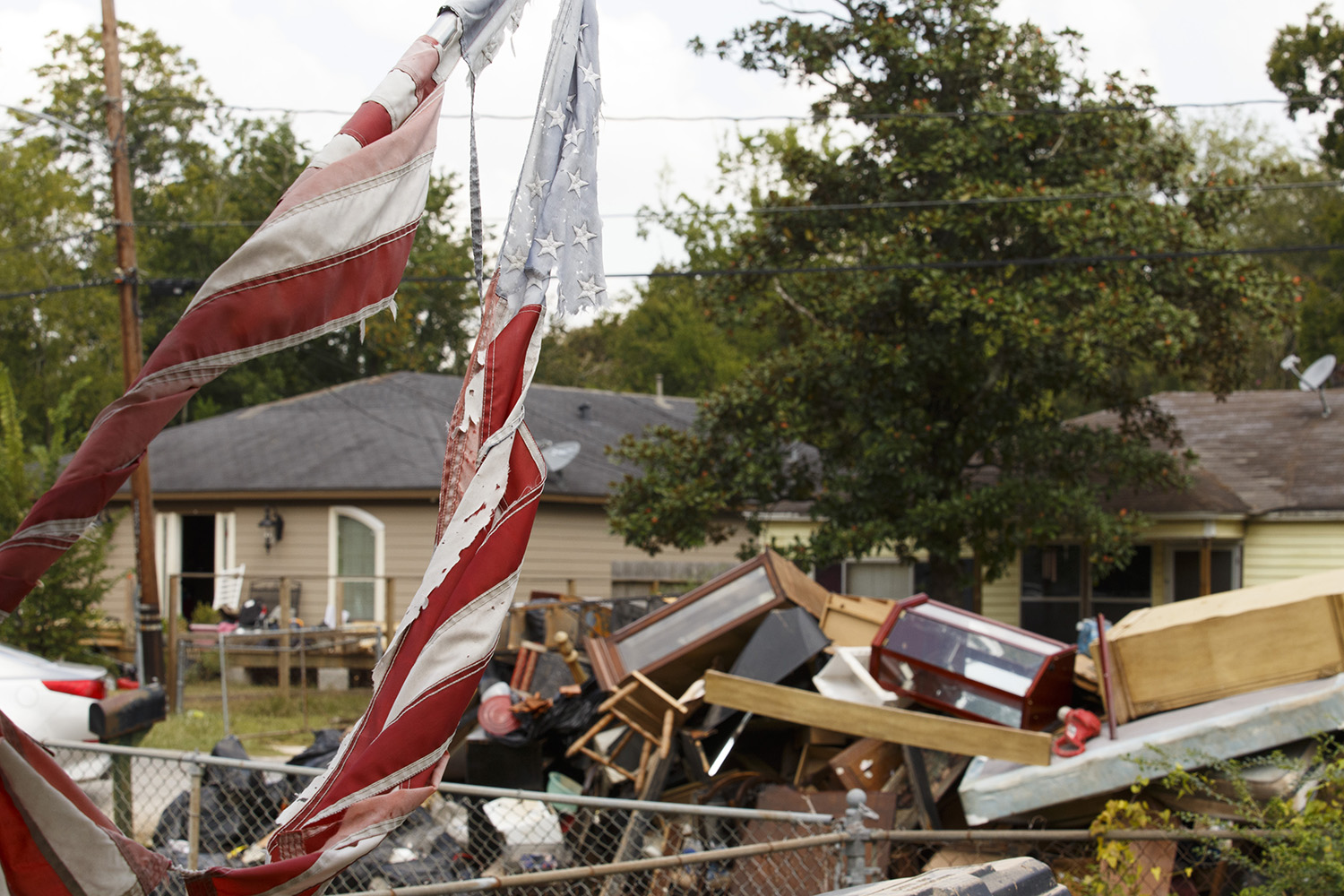 A tattered U.S. flag hangs in front of the northeast Houston home of Annie Robinson on Saturday, Sept. 2, 2017. Robinson, 70, climbed through a window with her son to escape floodwaters. Photo by Michael Stravato. See more photos on our Instagram account.

"After all, what is the Rainy Day Fund for, if not the largest rainfall in U.S. history?"