Good morning and happy Tuesday, folks. Thanks for reading The Brief, our daily newsletter informing you on politics, public policy and everything in between. Forward this email to friends who may want to join us. They can sign up here. — BB

Following an overnight decision by the University of Texas at Austin to remove three confederate statues from campus grounds, reactions from Texas lawmakers were mixed. Meanwhile, the debate over symbols of the Confederacy continues to ricochet in cities across the state.

• For those counting: Three down and more than 170 still up. According to data gathered by the Southern Poverty Law Center, Texas has more than 170 public symbols of the Confederacy in the form of schools, roads, monuments and more. Explore the full list here (and let us know if we're missing any).

• In other Confederate monument news: The Dallas City Council has agreed to take down some Confederate statues — but council members are arguing over the how and the when. Texas A&M University says it has no plans to remove a statue of Lawrence Sullivan "Sul" Ross, a former campus president, Texas governor and Confederate general. And in Houston, a man was charged with trying to plant explosives at the statue of Confederate officer Richard Dowling in Hermann Park.

• The Employees Retirement System of Texas is considering lowering its earnings assumption. Labor advocates fear lawmakers would respond to the change by shifting more financial burden onto the system’s beneficiaries.

• Texas Agriculture Commissioner Sid Miller is furious with the Six Flags amusement park chain over its decision to take down the Confederate flag.

• The El Paso City Council narrowly voted against creating a municipal identification card program amid concerns that the measure would lead to the border city being perceived as a "sanctuary" jurisdiction.

• The Texas Court of Criminal Appeals on Monday halted the execution of a convicted child murderer who claims he’s intellectually disabled.

• Texas has more than 170 public symbols of the Confederacy, according to one report. Explore them all here.

• About 840,000 mostly low-income, immigrant Latinos have settled in colonias along the border – cheap plots of land outside city limits without basic infrastructure such as water and sewage systems, electricity and paved roads.

The conservation efforts that saved Texas from the Dust Bowl may have opened the door to a new man-made disaster. (Texas Observer)

A pair of attorneys want off of Rep. Dawnna Dukes' case — they say they can't communicate with her. But the judge denied the motion. (The Austin American-Statesman)

Attorneys prosecuting Texas Attorney General Ken Paxton are still waiting on their payday. A $205,000 invoice dating back to January 2016 was voided on Monday. (The Dallas Morning News $) 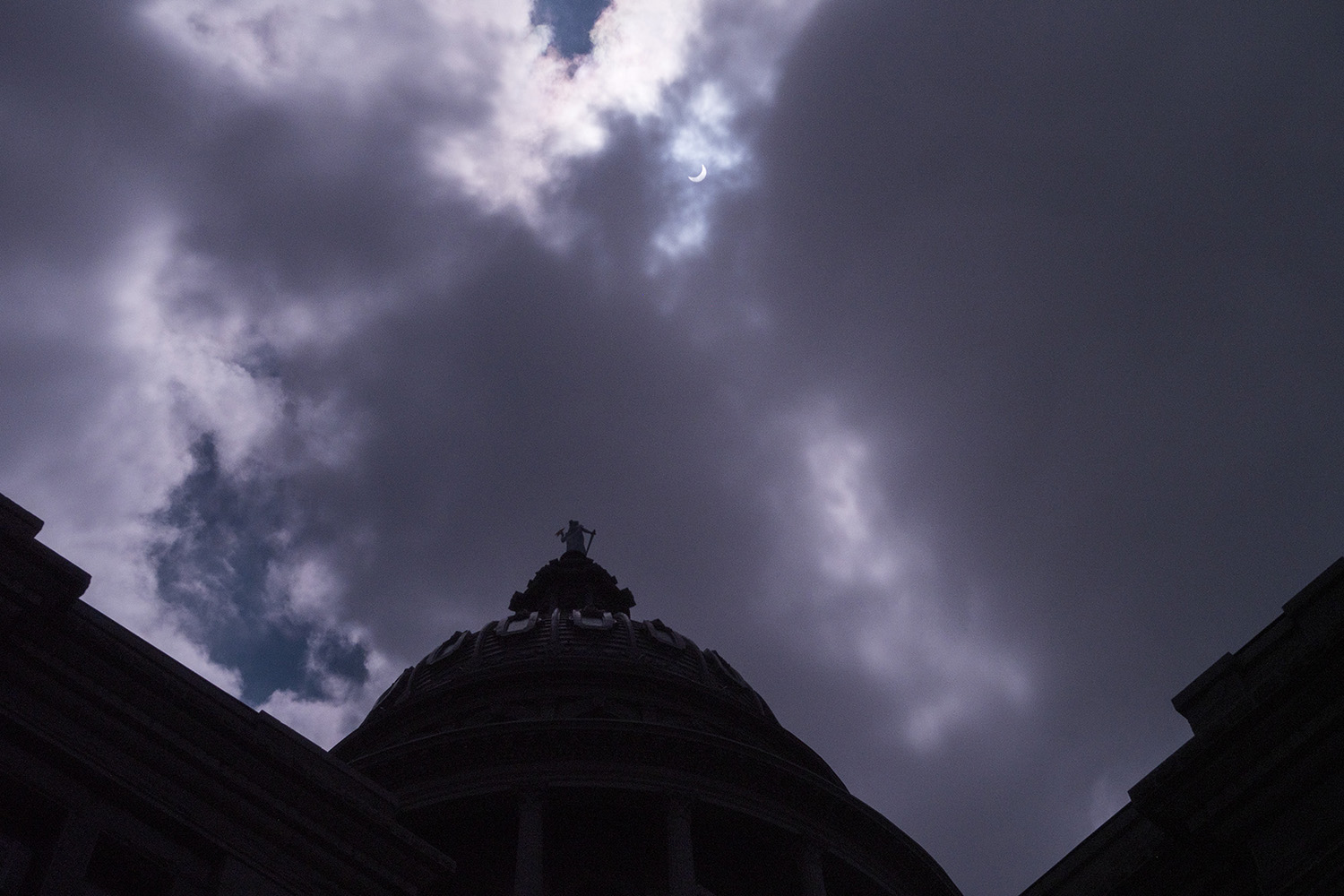 The Texas Capitol at the height of the solar eclipse on Monday. Photo by Bob Daemmrich for The Texas Tribune. See more photos on our Instagram account.

"Gosh, our universities are supposed to be where we learn about history and not repeat those moments of the past, and there was no discussion here.”

— Lt. Gov. Dan Patrick about the decision by the University of Texas at Austin to remove confederate statues