The House and Senate are trying to agree on how to pump $212 million into an unfunded health insurance program for more than 1 million retired teachers in the state. Here's what you need to know:

• The skinny: During the regular session in spring, state lawmakers boosted funding for the Teacher Retirement System's health care program by more than $450 million over the next two years. But legislators also altered the structure of the system to dial back benefits in order to keep the program afloat. That meant higher deductibles and out-of-pocket costs — especially for retired teachers younger than 65 — which are set to go into effect in January 2018.

• Two chambers, two different approaches: As of Tuesday, both the House and Senate had voted out legislation to put $212 million into the system to make TRS-CARE health insurance more affordable for retired teachers. The money would be a one-time transaction, intended to temporarily bolster a state-run program that's been teetering for years. But here's the catch: The chambers want to take the money from different areas in the budget, and for some — especially those in need of insurance to cover expensive medicine — even $212 million isn't enough.

• The House backs a bill that would pull money from the state's Rainy Day Fund, which is largely fed by taxes on oil and gas production, while the Senate wants to use an accounting maneuver in another part of the budget — think of it as a state credit card — and make up the difference later. The lower chamber says the Senate's move isn't "fiscally prudent to do," and the upper chamber thinks the House's approach is essentially a "false promise" for long-lasting relief. Opinions aside, both plans would cut deductibles in half and reduce premiums for some retirees.

• March primaries, here we come, is what teachers are now saying. A group that's dealt with an education-intensive regular session and is now living it again with the special session says they'll take their frustrations to the voting booths when election season rolls around. One educator in New Braunfels ISD has already started a petition demanding Gov. Greg Abbott and state officials prioritize affordable state health care for current and retired teachers. The petition, which started last Saturday, now has more than 50,000 signatures. If frustration among teachers continues and the movement grows, could the group influence the next election cycle?

• The House gavels in at 10 a.m., and members are set to consider several bills relating to groundwater regulation and reimbursement rates for Medicaid therapy services, among other things. The Senate, after taking most of the week off, is back in business at 3 p.m., and a bill that would place caps on local spending is on the calendar after being postponed a couple times.

• A group of pastors in favor of the "bathroom bill" are hosting a news conference at 10:30 this morning at the Capitol. Follow Texas Tribune reporter Andy Duehren for updates.

• When kids in rural towns are out of school for the summer, it's a struggle to feed them.

• The Texas House is considering everything from minor tweaks to radical ideas in property tax proposals.

• A bipartisan group of state lawmakers want Gov. Abbott to add ethics reform to the special session agenda. The governor wasn't too happy about it.

• U.S. Rep. Will Hurd just got his first Democratic challenger for 2018.

• If Trump's Justice Department targets Texas universities for using affirmative action, here's what it could mean for the University of Texas at Austin.

• Energy Secretary Rick Perry's name is being floated to lead the U.S. Department of Homeland Security.

Here is Anthony Scaramucci's "communications plan" from before he was fired, Buzzfeed

The bathroom bill is stalled in the Texas House. And that's just what Joe Straus wants., KUT 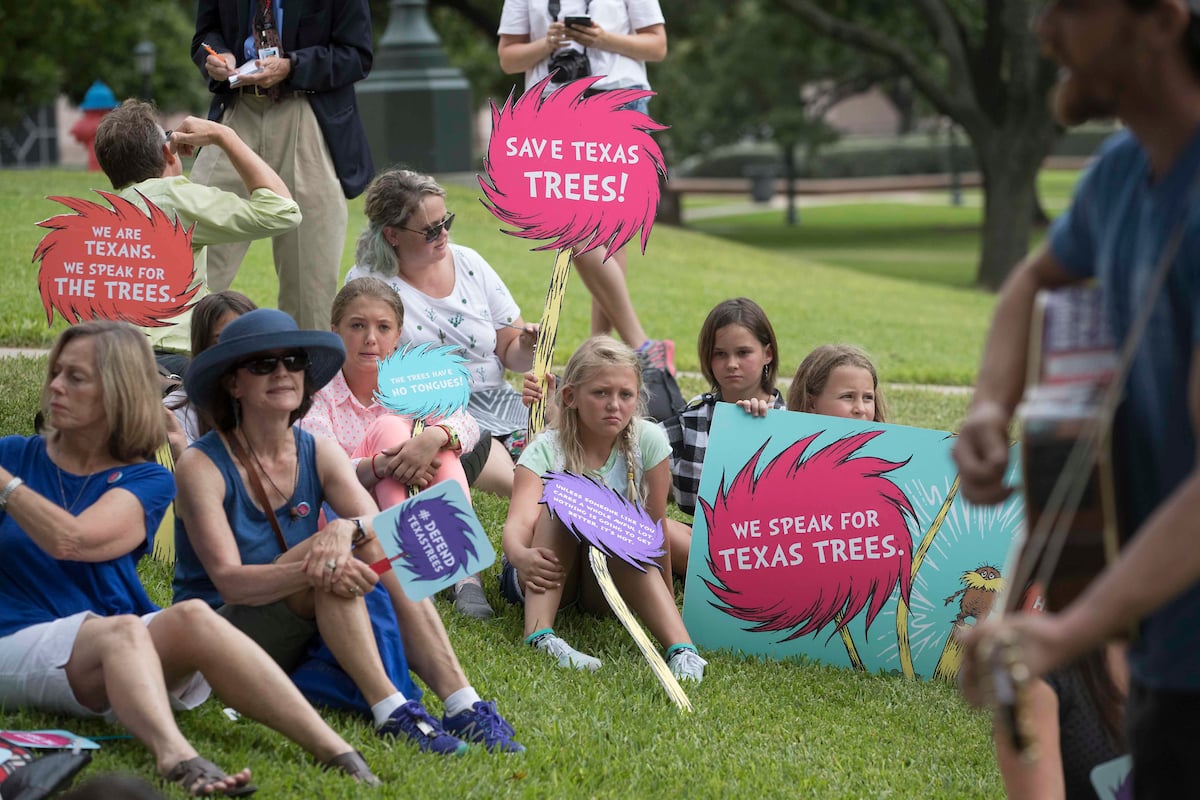 State Reps. Carol Alvarado, D-Houston, and Wayne Faircloth, R-Galveston, read to children under a historic tree at the Texas Capitol on Aug. 2, standing in opposition to legislation that would regulate tree ordinances. Photo by Bob Daemmrich. See more photos on our Instagram account.

"... Reps. Davis and Larson are showboating over proposals that are not on the Governor’s call. Their constituents deserve better.”

Clarification: This story has been updated to more precisely describe the state's Rainy Day Fund.