As the Texas Legislature kicks off its third week of a special legislative session, let's quickly recap some news you might have missed before delving into what's coming down the pipe at the Texas Capitol. Here's what you need to know:

• The first new border wall segment is slated for this fall. Construction on President Trump's signature campaign promise — a border wall along the U.S.-Mexico border — will start in November, two months earlier than previously expected, according to a report published jointly Friday between The Texas Tribune and ProPublica. The 3-mile segment will run through a national wildlife refuge in South Texas. The federal agency building it plans to use money it has previously received from Congress.

• Abbott directed DPS to change its forensic testing plan. The Texas Department of Public Safety said Friday it was reversing course from an announcement earlier this month to begin charging local agencies for the use of state crime labs after Gov. Greg Abbott asked the agency to retract its previous announcement. A North Texas Sheriff's Facebook post may have played a key role in prompting the reversal, according to Fort Worth Star-Telegram columnist Bud Kennedy.

• And it's back to #txlege today, where both chambers are set to meet at 2 p.m. Four maternal mortality bills are on the House calendar — including House Bill 9, the measure Abbott's office has listed as among those it's closely watching. The Senate is expected to debate a bill to place a cap on how much local spending can grow after they postponed the legislation last week.

• The House and Senate still have items on their to-do lists. The Senate shot out most of Abbott's special session agenda last week, but they still have a few of his priorities on their plate — such as that local spending cap bill. The House is going at a slower pace. While a committee on Friday voted out a bill to curb the rate at which local governments can raise property tax rates, one of Abbott's top priorities, the lower chamber still hasn't moved other high-profile issues, including education-related legislation and the "bathroom bill." Speaking of, state Sen. Sylvia Garcia, D-Houston, and state Rep. Ron Simmons, R-Carrollton, are talking about bathroom policies and politics at 8 this morning with Texas Tribune CEO Evan Smith. Join us in person or watch the livestream here.

• From Ross Ramsey: The special legislative session could turn out like a soccer tournament for 5-year-olds: No matter what happens, everybody gets a trophy.

• The debate over bathroom regulations for transgender Texans has showcased the complex process people face in changing their birth certificates.

• A couple of Texas congressmen have raised eyebrows with a letter they wrote to the U.S. Treasury Department alleging Russia was funding certain American environmental groups.

• Despite the support of Texas' two U.S. Senators an effort to overhaul Obamacare was narrowly defeated in the U.S. Senate.

She saved her choking student. The state tried to revoke her license., The Austin American-Statesman ($) 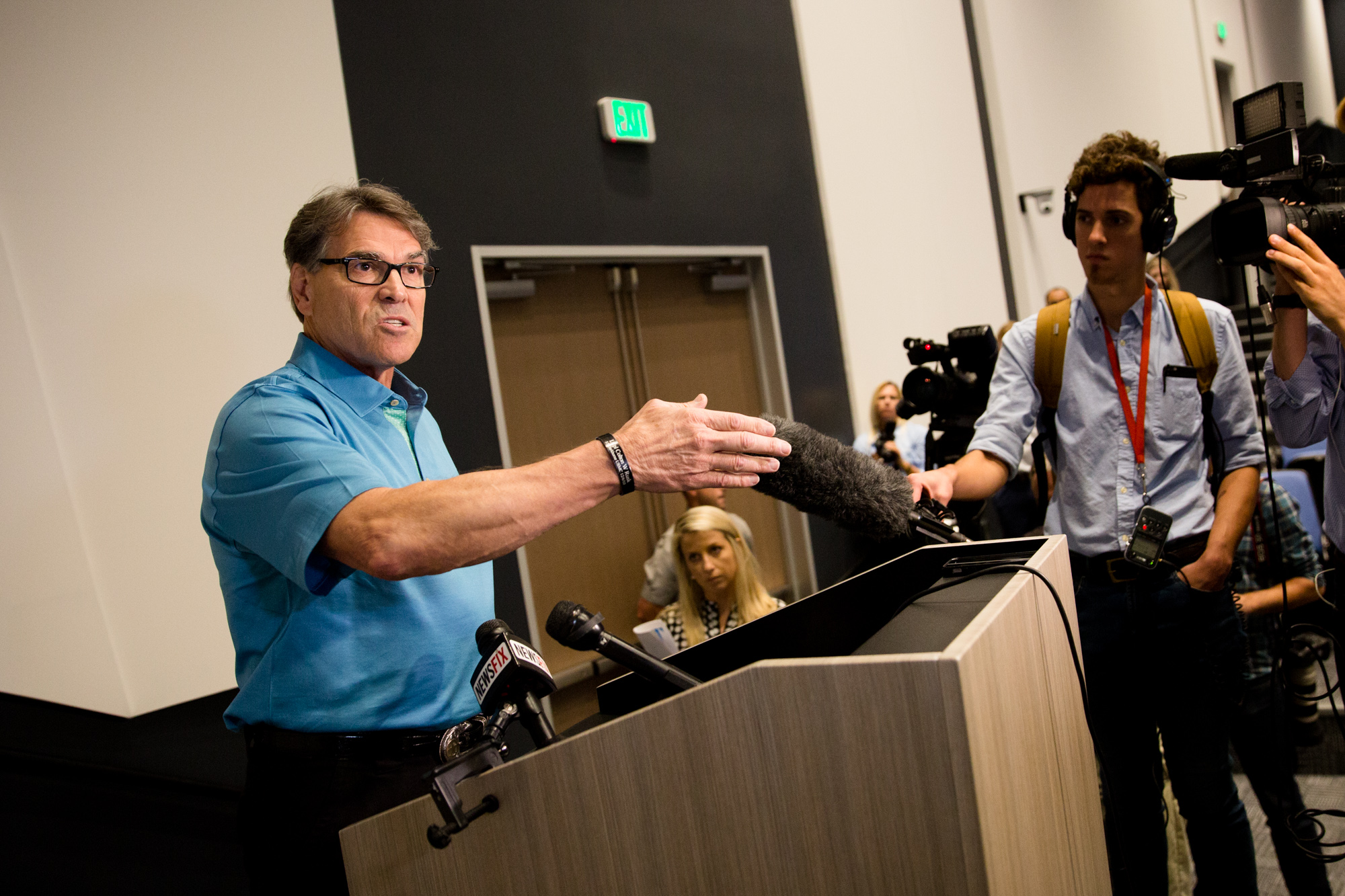 U.S. Secretary of Energy Rick Perry spoke to the press after touring the Daikin Texas Technology Park in the city of Waller on July 28. Photo by Austin Price. See more photos on our Instagram account.

"Nobody wakes up one day... and changes their sex.”

— Claire Bow, an Austin-area attorney who helps transgender people obtain updated documents, about the complex process for individuals in changing their birth certificates.