For the second time this year, the Texas Senate passed a version of the "bathroom bill," a measure regulating which restrooms transgender people can use. But senators didn't stop there, and after the marathon debate worked into the wee hours Wednesday morning to pass other items from Gov. Greg Abbott's special session agenda. Here's what you need to know:

• The bathroom bill now heads across the Capitol, where it faces a less-receptive audience. The Senate spent eight hours debating the bathroom bill Tuesday — a proposal that's seen everything from tear-filled testimony to fiery protests at the Capitol this year — eventually approving it on a 21-10 vote. The bill would regulate bathrooms in public schools and government buildings, based on the sex listed on a person's birth certificate or other forms of state-issued identification. The latter was a provision author state Sen. Lois Kolkhorst added to the legislation on the floor, and while the expansion would help transgender adults who can't switch their birth certificates, it likely wouldn't do much for transgender children who want to use school restrooms that match their gender identity. As senators verbally sparred on the floor, public and law enforcement officials held a press conference against the bill.

• Patrick kept his promise for another late night in the Senate. After the upper chamber approved the bathroom bill, senators waded through other high-profile items, such as legislation regulating do-not-resuscitate orders and ending the state's practice of collecting membership dues for certain public employees. The Senate also approved a bill to pump funds into teacher bonuses and retirement benefits — slashing a controversial provision mandating school districts foot the tab on teacher pay raises along the way — and passed another that would ban taxpayer dollars from going to abortion providers in the state. Make that 14 bills the Senate has passed related to Abbott's 20-item special session agenda.

• The House is moving — at its own pace. Lawmakers in the lower chamber Tuesday met for 22 minutes, giving final approval to its first of two sunset bills to keep several key state agencies afloat. A House committee approved the second one later, and another panel spent around seven hours plowing through more than 30 pieces of legislation aimed at tackling the state's rising property tax bills. (For a fun trip down memory lane, recall that a similar measure died during the regular session amid an intra-GOP war over how conservatively state officials should govern.)

• From 10-hour public hearings to 8 hours of floor debate and multiple rallies, the Senate — and people of Texas — have spent more time on the "bathroom bill" than any of Abbott's other special session agenda items since lawmakers returned for round two on July 18. According to the San Antonio Express-News, the special session has cost taxpayers more than $250,000 so far. Do you think the bathroom fight is worth it? Tweet us with #MyTexasTake.

• Every single Texan in the U.S. House — all 36 of them — voted to impose new sanctions on Russia and limit President Trump's ability to lift them.

• From Ross Ramsey: The great divide over the "bathroom bill" at the Texas Legislature doesn't end when the special session does; it's a prelude to the GOP cage match that will make up the March 2018 primary elections.

• Persistence paid off for thousands of rural Texas families who are now set to get relief from sky-high power prices.

• Almost half of the state's supply of execution drugs just expired.

Mayors of Texas' largest cities left out of meeting with Gov. Abbott, The Austin American-Statesman ($)

Oil and drugs: A toxic mix, The Houston Chronicle ($)

Rick Perry thought he was talking to a world leader about pig manure. It was a prank call., The Washington Post ($) 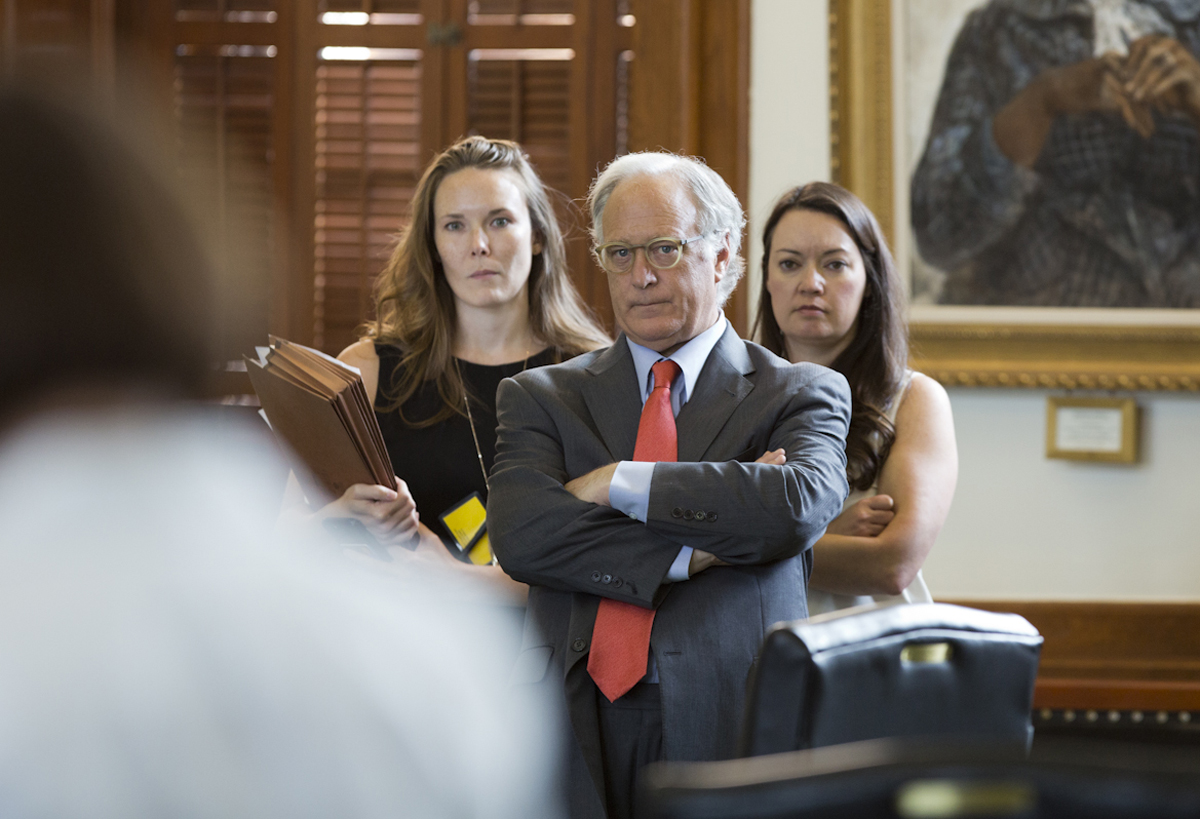 "It’s like the little guy taking on corporate America and actually succeeding.”