By the time you read this, critical legislation keeping several key state agencies alive is out of the Texas Senate and on its way to the House — and Gov. Greg Abbott has officially green-lighted the Legislature to begin working on the other 19 items he wants passed during the special session. Here's what you need to know:

• Eat your veggies first, Abbott told the Senate — so they did. Abbott said lawmakers had to pass "sunset" legislation to reauthorize the agencies first, so senators shot the measures to a committee on the first day of the special session Tuesday, and after the committee approved them, the Senate gave the preliminary OK Wednesday. The Senate then met one minute after midnight Thursday to give the legislation a final stamp of approval; moments after, Abbott's proclamation expanding the special session agenda landed on the upper chamber's dais.

• Meanwhile, in the House... While the Senate's two sunset measures are headed across the rotunda, a House committee approved part one of its own sunset legislation on Wednesday — and another panel is set to consider the lower chamber's second sunset bill next week.

• Let the lawmaking begin. With an official nod from the governor, lawmakers will begin tackling everything from local annexation reform to extending the state's maternal mortality task force over the next few weeks. The Senate, keeping up its rocket pace, already has three committee hearings scheduled for Friday — to consider the controversial "bathroom bill" and school finance reform, among other things — and additional Senate panels are set to meet over the weekend to take up additional legislation. It's shaping up to be a busy weekend at #txlege.

• Power Trips: This is the second story in The Texas Tribune's new series exploring the fight between state and local officials over regulatory power. We tackled ride-hailing first, and now we're exploring bathroom regulations. Which local control issue should we explore next? Tell us here.

• A federal judge's ruling called conditions at a Texas prison cruel and ordered the temporary installation of air conditioning for heat-sensitive inmates. But at another hot prison in Texas, life carries on.

First round of NAFTA negotiations to begin Aug. 16, The Monitor 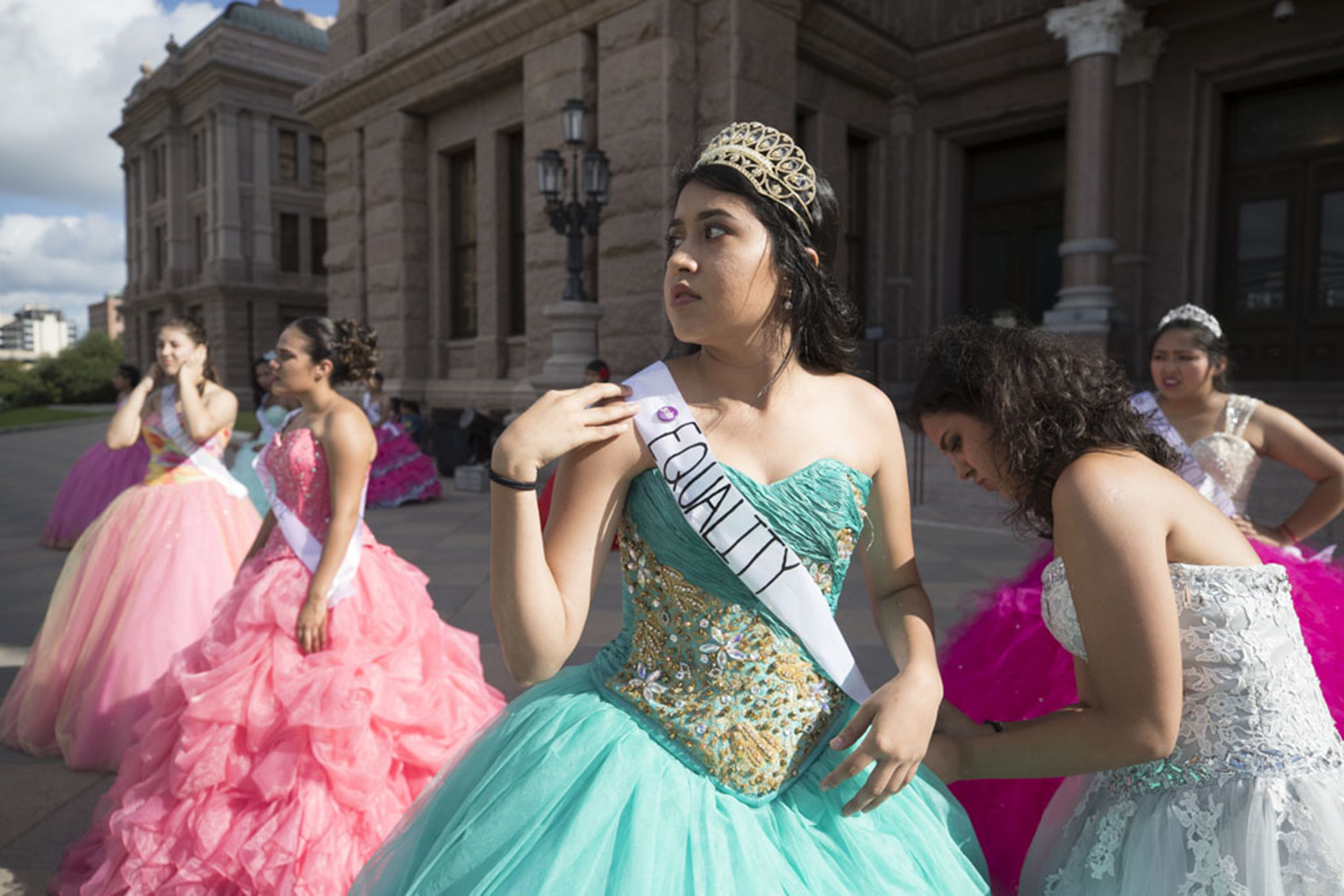 A girl has her quinceañera dress adjusted before protesting the state's new immigration enforcement law at the Capitol in Austin on July 19. A quinceañera is a traditional celebration of a girl's coming of age on her 15th birthday. Photo by Bob Daemmrich. See more photos on our Instagram account.

"It’s akin to beating a dead horse ... I would characterize it as a regulatory abuse."