Texas Gov. Greg Abbott announced his re-election bid Friday, and a trial over the state's political maps reached its tail-end Saturday. Catch up on what you may have missed over the weekend and dive into a couple of must-read Tribune stories this Monday morning. Here's what you need to know:

• Friday was all about Gov. Greg Abbott, who formally launched his re-election bid in San Antonio four years to the day — and at the same place — that he first threw his hat into the gubernatorial ring. "I will not allow big government policies to lead Texas down the wrong path," Abbott told the crowd, adding, "I'm counting on you to have my back." Abbott tucked the upcoming special legislative session — which begins July 18 — into his announcement without specifically mentioning it, instead referencing a couple of high-profile issues he's tasked lawmakers with addressing, such as property tax reform and more restrictions on abortion.

• Call it skeptical Saturday. A trio of federal judges in San Antonio had a tough time buying the state's defense of its political maps as the week-long trial on Texas' redistricting battle concluded. Recall that the years-long legal dispute has centered on one looming question: Did lawmakers intentionally discriminate against Texans of color in setting the state's current House and congressional district maps? The week drew testimony from minority and civil rights groups, state attorneys and lawmakers who were around for map-drawing and adopting in 2013. The panel of judges didn't say when they planned to issue a ruling, and while their decision could shake up 2018 elections, they mentioned they wanted to avoid that possibility. So for now, we wait.

• A Pass to Poison — After months of research, The Texas Tribune found an arcane loophole in Texas' environmental rules that allows industrial facilities to spew toxic chemicals into the air — often exceeding their permit limits — with little to no punishment from the state's environmental regulatory agency. More than 3,700 rogue emissions releases at around 775 industrial sites happened across the state last year — more than 10 per day on average — according to a Tribune analysis.

• Another Monday morning must-read: Sierra Smith was a sophomore at Baylor University when a male classmate sexually assaulted her during a spring break trip. The university eventually acted, but it was too little, too late — the male student had already transferred to a new school without a blemish on his record. For schools across the state and nation, not listing disciplinary violations on transcripts still remains the norm, and victims' rights advocates argue change is coming too slowly. Need proof? An attempt to impose a statewide rule requiring such disciplinary notations on transcripts failed during the regular Texas legislative session.

• From Ross Ramsey: Will state leaders kick off the special session Tuesday with civility and a fresh start? Fat chance — they're starting where they left off seven weeks ago by trash-talking each other.

• And then there were seven: Another top official at the Texas Alcoholic Beverage Commission has resigned since the Texas Tribune's investigation began in April.

• U.S. Sen. Ted Cruz is re-upping his push to rename the street outside the Chinese Embassy in D.C. after a pro-democracy dissident who died in Chinese custody.

U.S. Rep. Granger won't hold town halls because of 'so many threats,' Fort Worth Star-Telegram 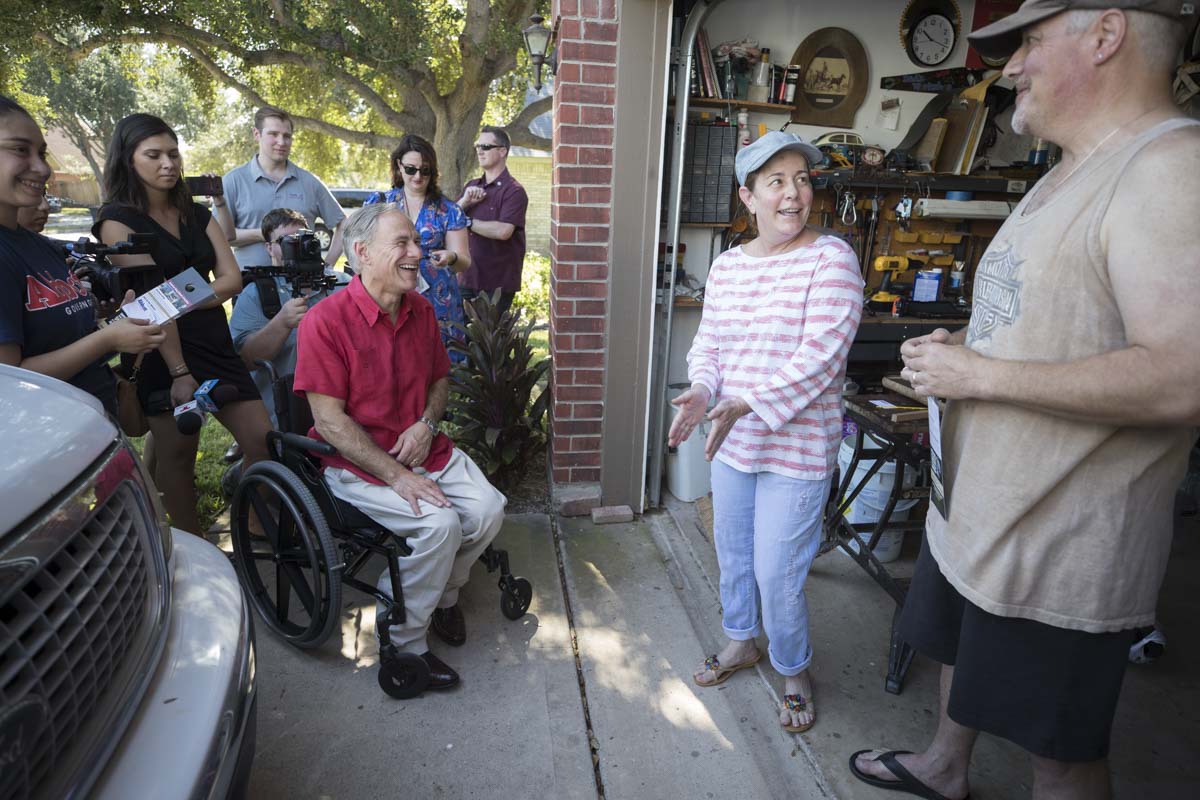 Gov. Greg Abbott greets Wendy Randall and her husband Martin during a block walk in McAllen the day after his re-election announcement on July 15. Photo by Bob Daemmrich. See more photos on our Instagram account.

"Being as close as we are to the election, Abbott looks extraordinarily strong. There’s not even a rumor or a sniff of opposition. This is as good as it gets."