The curtains are rising on the redistricting case in Texas today as three federal judges in San Antonio begin a week-long trial centered on a crucial question: Did the state intentionally weaken voting rights for millions of Texans just because of their skin color? With 2018 elections coming into sight, the clock is ticking — and the trial could set the stage for shaking up races across the state. Here's what you need to know:

• How did we get here? After fresh census data came out in 2010, the Republican-controlled Texas Legislature drafted new political boundaries. Minority rights groups immediately raised a red flag, calling the new state and congressional maps discriminatory toward Latino and black voters across Texas. A court drew temporary maps ahead of the 2012 elections in response; lawmakers formally adopted those in 2013 and the state has used them ever since.

• The issue flared this spring when the same three judges heading the trial this week dealt two blows to the state. They first ruled that three of Texas' 36 congressional districts were drawn illegally. The judges took issue with the state's House map a month later, saying the political boundaries intentionally discriminated against minorities statewide and in particular districts.

• The divide: Texas wants the trio of judges to dump the legal challenge of the maps. Minority rights groups want the maps — which they argue were meant to be temporary — redrawn before the 2018 election cycle. Did Texas target voters by race? No, the state says — even though they admit to drawing maps in a partisan way, which is something courts have allowed in the past. Meanwhile, the U.S. Supreme Court is about to consider another major redistricting case challenging maps drawn to gain partisan advantage.

• Tick tock. If the judges order new maps, it would send lawmakers scrambling to create new ones without delaying the upcoming elections. If the involved parties aren't happy with the eventual ruling, the case could head to the U.S. Supreme Court, potentially altering timing for candidates in the 2018 election cycle. The trial is expected wrap up Friday or Saturday, but it's unclear when the judges will rule.

Give us your take: What do you think about the redistricting case in Texas? Tweet us with #MyTexasTake.

• Only weeks into the job, the acting executive director of the Texas Alcoholic Beverage Commission is calling it quits.

• From Ross Ramsey: The real prize at stake in Texas' redistricting battle isn't a new map — it's whether future state Republican mapmakers would have someone looking over their shoulders.

• Russia meddling in the 2016 election is the “elephant in the room,” U.S. Rep. Michael McCaul, R-Austin, said. And Trump should call Putin out on it.

• A former intern for Texas House Speaker Joe Straus was killed in Greece over the weekend.

• A federal judge threw a case against Texas’ campus carry law out the window.

The best outside reads on Texas redistricting

Analysis indicates partisan gerrymandering has benefitted GOP — “Throughout U.S. history, Democrats and Republicans alike have been accused of drawing political districts in ways that favored their own interests. It typically occurs in one of two ways: ‘packing’ [and] ‘cracking.’” (Associated Press, June 25, 2017)

America's future is Texas — "The redistricting had a revolutionary effect. Today, the Texas delegation to the U.S. House of Representatives includes twenty-five Republicans and eleven Democrats—a far more conservative profile than the political demography of the state." (The New Yorker, July 3, 2017)

Democrats see new opportunities in Texas redistricting case — Colin Strother, a Democratic consultant in Texas: “The nightmare scenario for Democrats is we don’t have people preparing for the emergency that this district or that district suddenly gets great for Democrats … and it’s too late.” (Roll Call, June 5, 2017)

How can average citizens get involved in Texas’ redistricting process? — KUT senior editor Ben Philpott: “And, honestly, there’s not a lot you can do. You can join groups that will draw their own maps, their own suggestions for the Legislature. Beyond that … You should go vote.” (KUT, April 18, 2017) 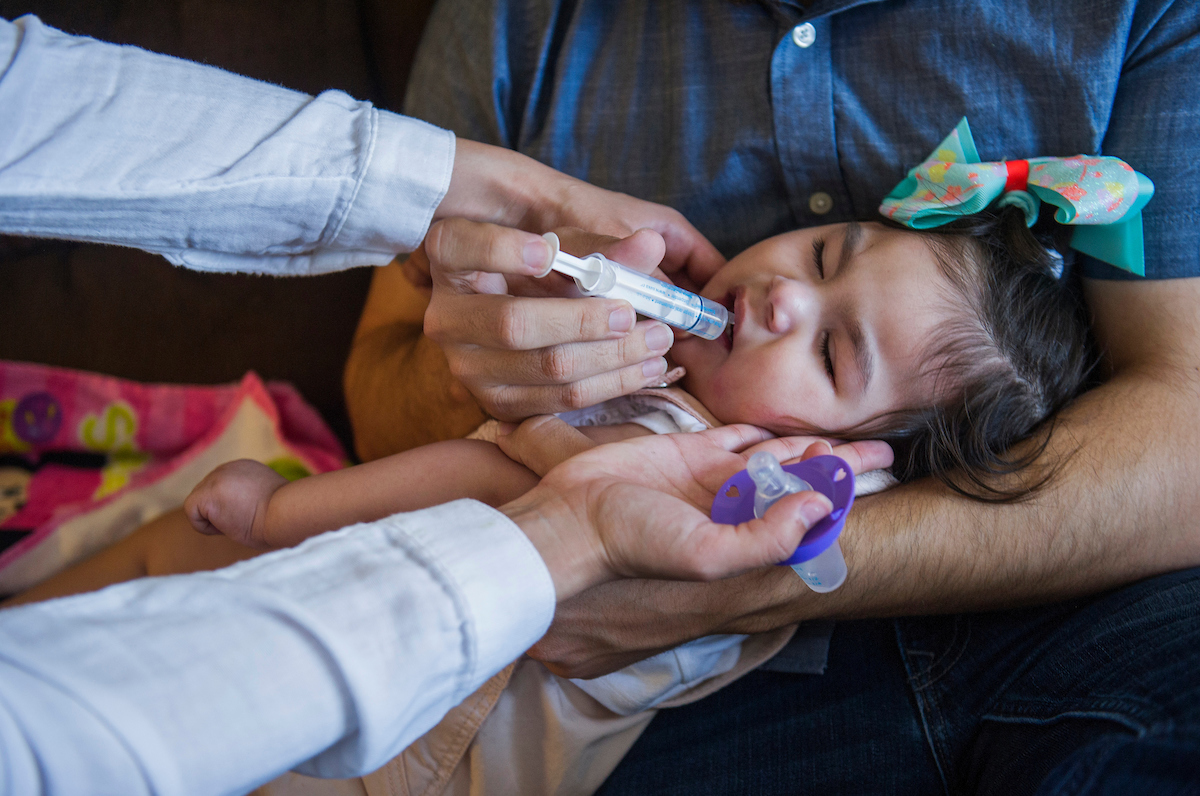 Emmanuel and Tracey Garza give their infant daughter Madelynn medical marijuana at their home in Aurora. The Texas family moved to Colorado last November so Madelynn could get treatment for Aicardi Syndrome, a disease that causes infantile spasms and made her legally blind. Legislation that would have legalized the same treatment in Texas failed to pass during the regular legislative session that ended in May. Listen to Emmanuel Garza explain how House Bill 2107 would have helped his family. Photo by Daniel Brenner. Follow us on Instagram for more.

"Without a turn in fortune, Texas Democrats have to consider the possibility that a future Republican Legislature will be drawing the maps for the decade of political contests that starts with the 2022 elections."