It's been one year since a sniper opened fire on law enforcement in downtown Dallas, killing five police officers and injuring several more. The ambush sent a shock through Texas and the nation, altering the conversation about law enforcement and prompting state lawmakers to act. Here's what you need to know:

• The Dallas Morning News' coverage is worth your time. Dallas officers' families are "still trying to figure it out" one year after the ambush. People at the center of the ambush recount in chilling vignettes dark memories from the night. “It’s history now,” said Valerie Zamarripa, mother of slain officer Patrick Zamarripa. “And that’s the hard part." A play created by teenage actors in the aftermath of the ambush is returning to the stage in light of the anniversary.

• What did #txlege do in response? There was a renewed push to usher legislation improving the law enforcement climate to Gov. Greg Abbott's desk this year. One measure will outfit around 50,000 on-duty officers with bulletproof vests, another will better enforce police shooting reports and a third will make attacks on police and judges a hate crime. Abbott signed all three into law.

• Abbott calls on Texans to stand with law enforcement. Officers across the state will turn on their patrol car lights at 10 a.m. for a minute to honor the 1-year anniversary of the Dallas ambush, Abbott announced Thursday. In Austin, officers are set to do so in union along the north side of the Texas Capitol. The governor will then head to the funeral of slain San Antonio officer Miguel Moreno, who was shot in the line of duty June 29 and died a day later.

• Returning the favor: Last July, San Antonio police drove to Dallas to patrol in place of officers attending funerals for those killed in the ambush. Today, about 20 officers for Dallas are doing a good turn of their own, relieving members in the San Antonio Police Department so they can attend Moreno's funeral, according to The Dallas Morning News.

• Billionaire Warren Buffett is back in Texas news — but this time, instead of dealerships and carve outs, Buffett has unveiled an $18 billion plan to buy Oncor, the largest electric transmission utility in Texas delivering power to more than 3 million homes and businesses across the state.

Give us your take: As part of our ongoing effort to engage people directly affected by state policy, we’re conducting video interviews to learn more about how the “bathroom bill” debate affects people across Texas. Who should regulate access to bathrooms in Texas? Tell us what you think here and tweet us with #MyTexasTake.

• Make that five officials at the Texas Alcoholic Beverage Commission who've resigned since the Tribune began investigating the troubled agency.

• From Ross Ramsey: Is there a compelling reason to let people buy things for Texas public officials without linking their names to their purchases?

• Crisscrossing Texas is a bit of a balancing act for U.S. Sen. Ted Cruz — especially as the GOP's year-long push to scrap the health care law comes to a head.

• When the lottery started more than 25 years ago, Texans thought 100 percent of that money would go toward education. Not quite.

A judge said these kids get a green card. ICE says they get deported, Reveal

Why are Ted Cruz and Beto O'Rourke spending time in places they are likely to lose?, The Houston Chronicle ($) 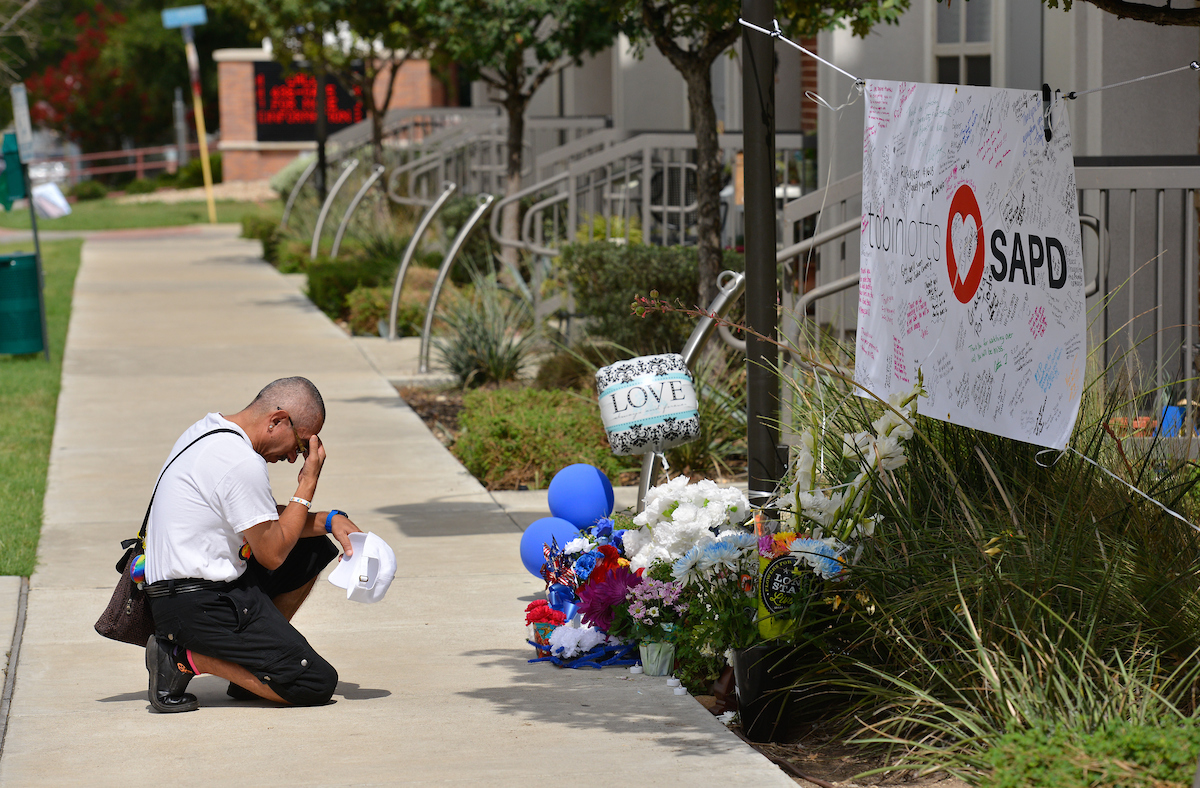 "Respect for our law enforcement officials must be restored in this nation ... I ask that all Texans come together to show our appreciation for those who keep us safe."

— Gov. Greg Abbott, declaring July 7 a statewide call to stand with law enforcement to honor the 1-year anniversary of the Dallas ambush.