A quick note: Enjoy the fireworks tomorrow — and the day off! We’ll be back Wednesday, bringing you the latest news in Texas politics.

Are you sunburned yet? In between grilling, swimming and readying for tomorrow's fireworks shows, here are a few —patriotic? — Texas-sized takeaways from the 85th Legislature to kick off your Fourth of July holiday.

• Give me [guns] or give me death! While a bill that greatly lowers the cost to get a license to carry a handgun goes into effect in the fall, another one that would allow Texans to carry firearms without a permit — what supporters call “constitutional carry” — failed to clear the Legislature during the regular session. But prepare for more fireworks on the issue as the special session nears; a conservative firebrand who’s championed the measure has said he plans to file the same proposal on day one.

• Amend the U.S. Constitution, you say? In May, Texas became the eleventh state to call for a "convention of states" — a gathering needed to make changes to the founding document. Supporters, including Gov. Greg Abbott, say it's needed to rein in federal power. But it can only occur if 34 states back it — a big stretch. The jury's even out in Texas: The latest UT/TT poll found 54 percent of Texas voters think the Constitution has held up well and shouldn't be changed.

• Nothing’s certain, as Benjamin Franklin said, “except death and taxes.” But what, pray tell, would the Founding Father think about Texas' tax on tampons? Efforts to eliminate the state sales tax on feminine hygiene products fell flat during the regular legislative session that ended in May. Then again, so did a bill to make purchasing the Texas flag tax-free.

• U.S. Sen. Ted Cruz will be in McAllen for a Fourth of July parade. Some folks there aren’t happy about it. Follow Texas Tribune reporter Patrick Svitek for updates.

• A Houston same-sex marriage benefits case is headed back to a trial court, a move conservatives are applauding and LGBT advocates are criticizing.

• The Texas Alcoholic Beverage Commission is back in the news — and this time, it's over a years-long spat with the state's largest liquor retailer.

• As a Baylor University regent, a top lobbyist in Austin described female students who he suspected of drinking alcohol at parties as "perverted little tarts."

• Is Texas handing over voter data to the federal government? The short answer: Yes — but not all of it.

• Lawmakers touted “back the blue" bills in recent months, but a new law aimed at helping mentally ill first responders isn’t getting a whole lot of love from local governments and county judges.

• The state’s tolerance for mistakes made by nursing homes is dropping fast.

• A trial date is set for state Rep. Dawnna Dukes, who has pleaded not guilty to abuse-of-office charges.

• As Texans in Congress head home for their July recess, negotiations to overhaul the health care system seem as muddled as ever.

• The Texas Tribune requested emails sent to Abbott's office as he decided which bills to veto and which to sign. Here's what we got.

• An unlikely cast of characters tried convincing Abbott to veto a bill restricting drone use in Texas. They failed.

• Ten months and 81 decisions later, here's what the Texas Supreme Court decided — and didn't — during its 2017 term.

See which states would be hit hardest by the Senate’s Obamacare repeal bill, The Washington Post ($) 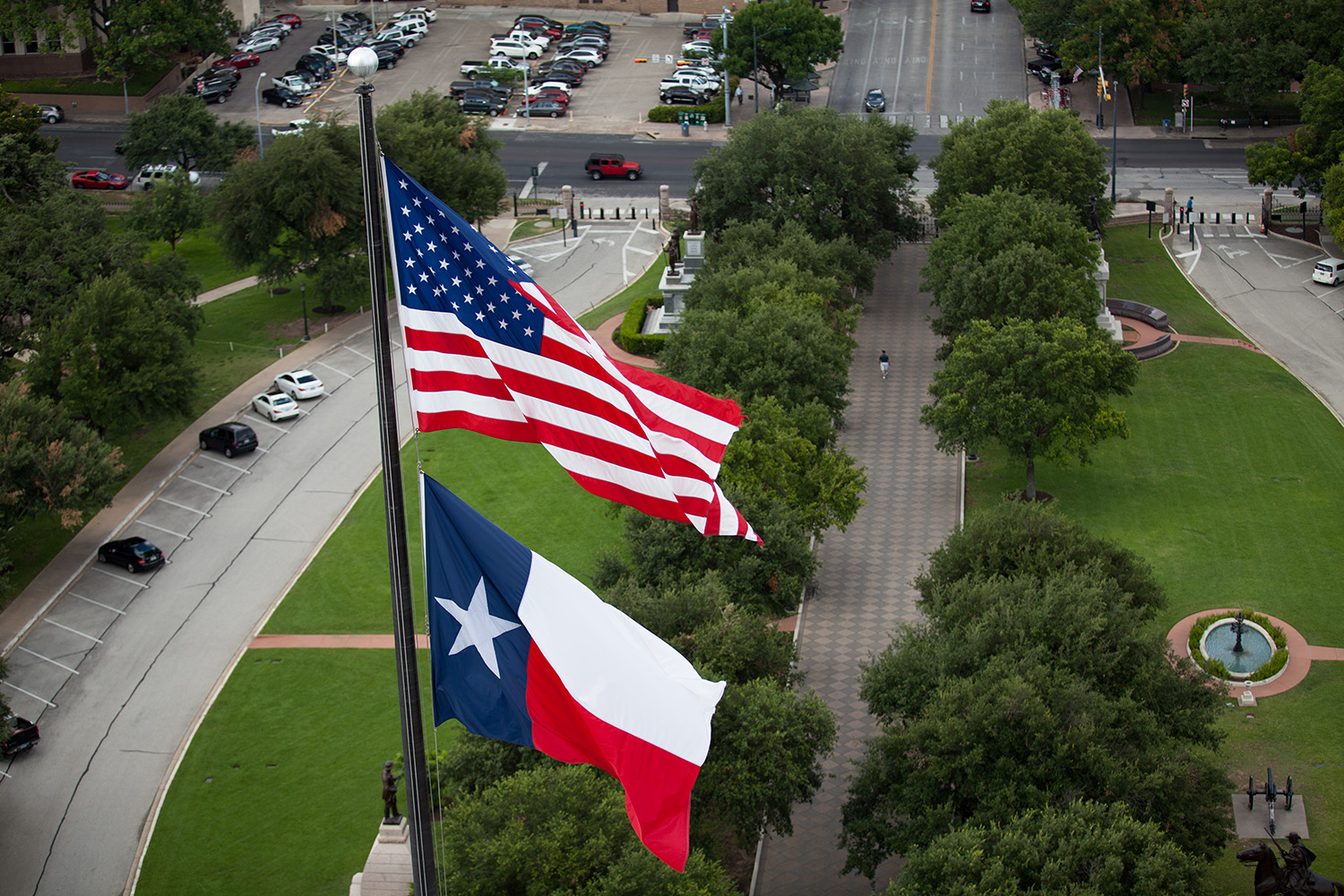 A view of the south lawn of the Texas Capitol from the top of the rotunda on June 29. Photo by Austin Price. See more photos on our Instagram account.

"It’s an abuse of power. How did you waste all this agency’s time and the taxpayers’ money .... and the end result is the guy gets a warning for a late payment that happened five years ago?"

— Al Van Huff, an attorney for Spec's, referencing an investigation into the state’s largest liquor retailer.