Texas’ largest four cities are now backing the legal fight against the new immigration enforcement law, with the city of Houston — the largest in the state — joining the table and adding its name to a lawsuit against Senate Bill 4 yesterday. Here's what you need to know:

• The storm's been brewing. Senate Bill 4 allows local law enforcement to question detained or arrested peoples' immigration status and punishes officials who don't cooperate with federal authorities to turn over immigrants. The legislation, set to take effect Sept. 1, proved to be the one of the most divisive issues during the 85th legislative session — there were impassioned testimonies, tear-filled speeches, numerous protests and even a scuffle between state lawmakers after one called immigration authorities on SB 4 protesters at the Capitol.

• Who's in, who's out. The new law breaches the Constitution by threatening the guarantees of free speech and equal protection, those behind the lawsuit argue, while Gov. Greg Abbott and supporters say the measure will enforce the rule of law and discourage people in the country illegally from committing crimes. The cities of Austin, Dallas, San Antonio and El Cenizo, along with Maverick and El Paso County, are among those banding together to halt SB 4, and Fort Worth — the fifth largest Texas city — hasn't weighed in yet, but is facing pressure by some to do so.

• The lawsuit is landing in court next week. A U.S. district judge has scheduled a June 26 hearing in San Antonio on a motion to block SB 4 from being implemented.

• The population in Texas is booming — and while white residents still make up the largest demographic group, Hispanics are catching up.

• The Houston-based organization that fanned President Trump's unproven voter fraud claims says it's short on cash needed to complete an audit of the 2016 election.

• So it goes in the Texas college sports arena — the rich get richer, and the little guys can't seem to keep up.

• Would a merger of rival companies have created a monopoly on nuclear waste dump operations? Perhaps, thought a federal judge, which may be why she blocked it from happening — and sealed her opinion, too.

Immigrant allies to Fort Worth city leaders: 'You should care about SB 4,' Fort Worth Star-Telegram

City ordinance would limit some short-term rentals, streamline process for others, Waco Tribune-Herald

How big was the oil boom in South Texas? A new report has the numbers, Laredo Morning Times 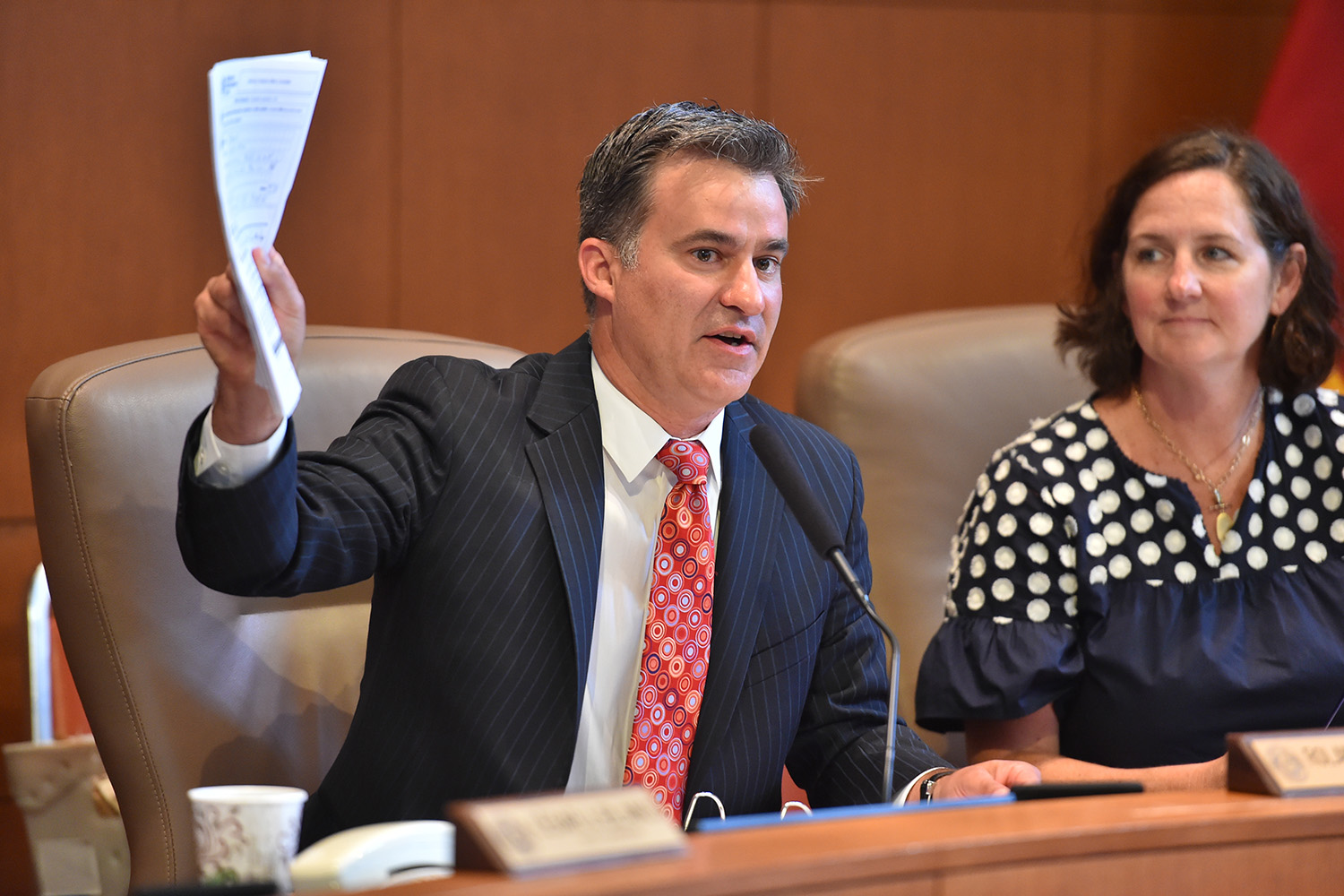 State Rep. Roland Gutierrez, D-San Antonio, the chairman of the Texas House Defense and Veterans' Affairs Committee, led a June 19 hearing on how annexation reform affects area military bases. The issue is set to be addressed by the Texas Legislature during its upcoming special session next month. Photo by Robin Jerstad. See more photos on our Instagram account.

"We’re just on edge constantly. If people don’t see it, it’s hard to appreciate how incredibly intensive and relentlessly demanding it is to raise a child with a chronic illness.”

— Kate Robinson-Howell about Congress potentially slashing funds for Medicaid, a program her family relies on to afford her child's health care.