It's happening — a special legislative session, that is. Gov. Greg Abbott, ending the speculation, announced Tuesday he was calling the Texas Legislature back for a special session starting July 18, and he laid out an ambitious agenda for lawmakers to work on once they approve must-pass legislation. Here's what you need to know:

• Work begins after the Legislature clears a few "sunset" bills. After lawmakers failed to pass crucial "sunset" legislation during the regular session to keep several state agencies — including the Texas Medical Board — alive, Abbott listed it as the first item lawmakers must pass. Once they approve the legislation, Abbott said, they can move on to the other 19 items he laid out Tuesday.

• Get ready for round two of the "bathroom bill" debate. Because the "bathroom bill" didn't clear the Legislature during the legislative session, Abbott included the issue in his special session announcement. The author of a House bill to outlaw municipal and school districts' trans-inclusive bathroom policies confirmed Tuesday that he would again file the proposal. And a representative for the senator who authored a more restrictive version of the measure did not respond to a request for comment when asked if she would file a similar bill.

• In a year of spending cuts, the Texas Legislature boosted financial aid for college students.

• Gov. Abbott announced he's calling lawmakers back for a special legislative session on July 18. Here's what he's adding to the call.

• Texas lawmakers and opponents to the "bathroom bill" are preparing for round two at the Legislature.

• Some urban officials say the governor's list of priorities for a summer session will harm the Texas economy and undercut local Texans' abilities to influence their communities.

• From Ross Ramsey: Gov. Abbott snatched the spotlight from his rivals with a long, long list of priorities for a special legislative session — one that takes care of must-do legislation and buries everything else.

• Aside from Tuesday's frenzy with Gov. Abbott announcing a special session, the governor signed into law a bill that creates a statewide ban on texting while driving.

ICE detains 70 in Dallas, Oklahoma suspected of being in the U.S. illegally, The Dallas Morning News ($) 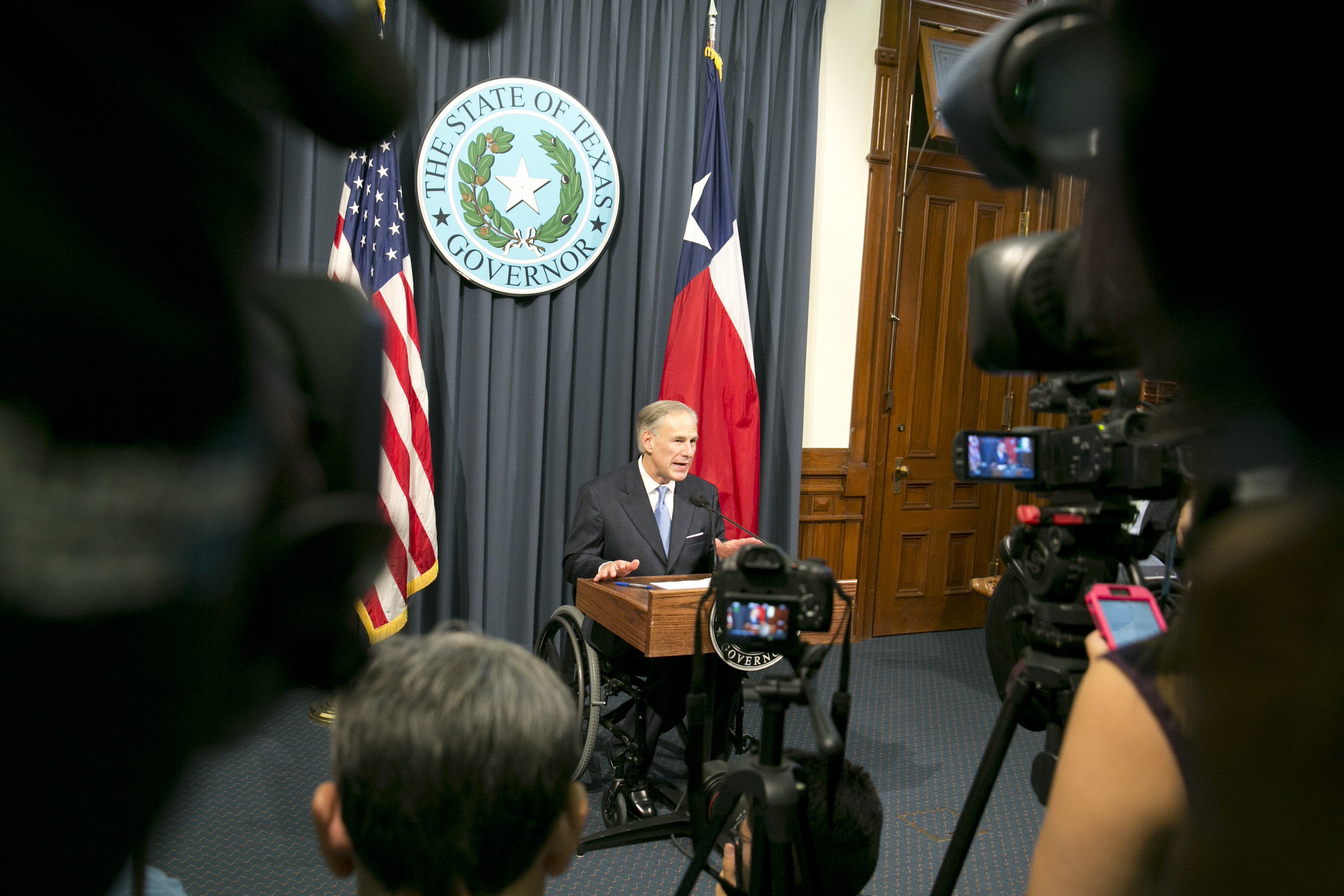 Texas Gov. Greg Abbott laid out his 20 items for a special legislative session at the State Capitol on June 6. Photo by Marjorie Kamys Cotera. See more photos on our Instagram account.

"I came to Austin to make a difference and to have a voice in that great conversation of Texas. But as the 85th Legislature drew to a close, I was left with the unshakable feeling that the system is broken."