Inching toward the legislative finish line and with the possibility of a special session looming, the Texas Legislature had another busy night on Tuesday. From the Senate rejecting the House's "bathroom bill" compromise to the lower chamber passing a handful of important measures, here's what you need to know:

• The Senate said "no thanks" to the House's "bathroom bill" compromise. State Sen. Larry Taylor announced on the Senate floor he would reject a House amendment requiring school districts to provide single-occupancy bathrooms for students who don't want to use ones matching their "biological sex." Taylor suggested he would request the bill head to a conference committee, where lawmakers from both chambers could hash out the differences.

• The House spent most of the day on a voter ID overhaul. After a six-hour debate, the lower chamber tentatively signed off on Senate Bill 5, a Gov. Greg Abbott emergency item that would in some ways relax one of the nation's most stringent voter ID requirements. If the Senate approves changes to the bill and Abbott signs it, SB 5 would overhaul the 2011 voter ID law that courts have ruled discriminatory.

• The chambers passed other bills, too. Both the House and Senate approved measures seeking to help mothers before and after they give birth, with the former passing a bill that aims to lower the the number of pregnancy-related deaths in the state and the latter clearing another to curb postpartum depression. The House also approved a bill that would make it easier for poor people to satisfy traffic tickets with alternatives to payments; it now heads to the Senate for approval.

• From Ross Ramsey: It's hard to get tougher ethics laws for politicians and officeholders through the Texas Legislature, but it can be even harder to figure out exactly who killed them.

• A bill making attacks on police and judges a hate crime is headed to Gov. Greg Abbott's desk.

• A Texas legislative committee reinstalled a Senate provision in a bill that would only allow state lawmakers to serve as delegates in a convention of states to amend the U.S. Constitution.

• A grieving mom was "humbled" and "relieved" after the Texas Senate passed an autopsy bill.

• Dozens of Gov. Greg Abbott appointees have surpassed the donor threshold targeted by a stalled "pay for play" bill.

• Texas budget writers plan to spend another $800 million for border security over the next two years, matching what lawmakers allocated in 2015.

• Members of the Texas House on Tuesday issued a loud demand for the Senate to take action on their bills — or else.

• A state representative announced the launch of a donation page that allows the public to contribute money to clear the debt of schools that feed schoolchildren when their lunch accounts are empty. 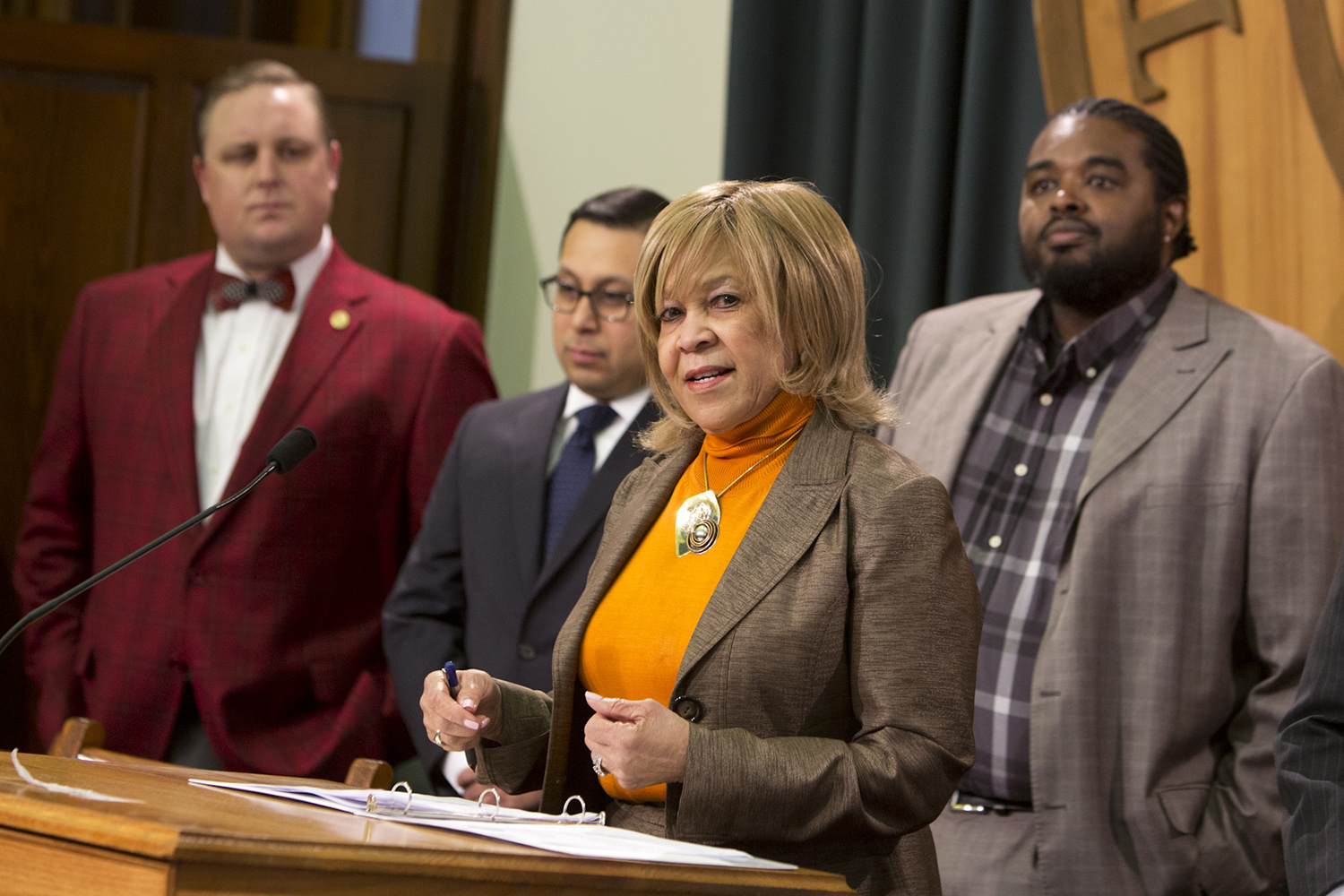 State Rep. Helen Giddings, D-De Soto, announces the launch of a website that allows the public to donate money toward reimbursing schools for students whose lunch accounts are empty. Photo by Marjorie Kamys Cotera. See more photos on our Instagram account.

"When the Senate won't respect us, they need to expect us. ... I don't know if they can see us, but would you have them open the door so they can hear us?"