• Texans pay $2 on their car insurance to fund auto theft prevention every year, and more than half of that money goes toward balancing the budget instead of the prevention agency.

• Here's what's at stake for Texas colleges in the Legislature's budget fight.

• A measure that would penalize principals and superintendents who purposely hide incidents of teachers having sexual or romantic relationships with students passed the Texas House.

• Houston’s problematic pension funds, which have caused financial woes and spurred political battles for years, just moved closer to getting a massive makeover.

• The Texas House voted to strip pensions from elected officials who commit serious acts of public corruption, moving a major piece of ethics reform toward the governor's desk.

• Gov. Greg Abbott signed a ban on "sanctuary cities" into law. Here's what you need to know about how the bill will affect Texans.

• Texas House lawmakers gave initial approval to a bill that would streamline how courts work with the state's child welfare agency.

• Despite bipartisan support, a bill that would expand the medicinal use of marijuana likely won't reach the Texas House floor.

• Attorney General Ken Paxton is looking to get ahead of an anticipated barrage of legal challenges to the "sanctuary cities" bill in Texas.

The 140-day clock at the Texas Capitol seems to be ticking faster than ever, and bills are going to start dying inside both chambers. Bill-killing deadlines may stop a bill from being heard on the House or Senate floor this session, but that doesn't mean the issue is dead. Here's what you need to know:

• Most bills die. By May 29, the last day of this year's legislative session, around four of every five bills will have failed, most as a result of inaction rather than action.

• But that doesn't mean the issues are dead — yet. For example, a House committee missed a key deadline Monday to vote out a proposal that would nix cities and school districts' trans-inclusive bathroom policies. But state Rep. Ron Simmons, R-Carrollton, the bill's author, indicated he could bring the issue back by tacking it on as an amendment to another piece of legislation. "I still am confident we will have an amendment opportunity," he said.

• More deadlines are coming this week. Tonight marks the deadline for the House Calendars Committee to distribute a calendar for House bills, and Thursday is the last day House-originated legislation can receive tentative approval in the lower chamber. Deadlines are deadlines, but lawmakers will try anything from amendments to parliamentary magic to bring their issues back to life.

These federal agencies agreed to conceal their communications from the public, Buzzfeed 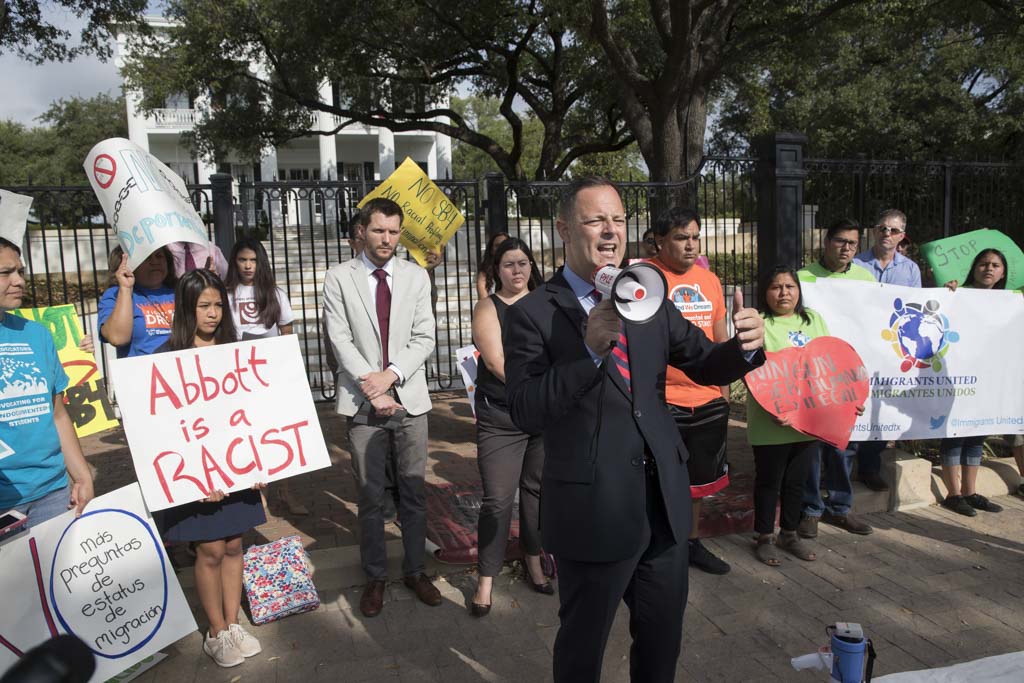 "This isn’t something that’s cooked up in a lab. It’s made like olive oil and it's administered under the tongue. It just seems absurd that we can’t give patients the freedom to use this because there’s so many stigmas around the word ‘marijuana.’”

— State Rep. Jason Isaac, R-Dripping Springs, about a bill that would expand the medicinal use of marijuana.