• From Ross Ramsey: Texas legislators cannot bind future legislators by preventing them or forcing them to do something. But they can certainly make their future decisions uncomfortable.

• The pension battle in Dallas and Houston could soon evolve into a statewide war on retirement funds for Texas' public employees.

• House lawmakers were considering overhauling a program that offers free college tuition benefits to Texas military veterans and their kids. After hearing concerns from veterans, they backed off.

• Last week's "sanctuary city" debate went on for 16 hours. It could have been even longer if Rep. Dennis Bonnen didn't intervene with a parliamentary trick. Here's what happened.

• Former President George H.W. Bush was discharged from the hospital after recovering from a persistent cough and pneumonia.

The Texas Legislature is in its last month, and the Texas House's version of the "bathroom bill" is gaining traction. Lt. Gov. Dan Patrick has expressed support for the House's version and the legislation now has more than 40 co-authors. That means almost half of the Texas House GOP caucus has signed on to the bill.

• Patrick, who has been relatively quiet about the House's version, expressed support for it on Friday. "Senate Bill 6 — or a House companion — we need to pass," Patrick said Friday night during remarks at the Harris County Republican Party's annual Lincoln-Reagan Dinner.

• The House's version is slightly different from the Senate's — but the end result is the same. The bill would ban municipalities and school districts from enacting or enforcing local policies that regulate bathroom use.

• In mid-April, the bill got a marathon committee hearing in the Texas House. The bill was left pending in committee, and hasn't had any movement since. And with just a month left in the current session, time is running out.

Bill would give residents final say on whether they're annexed, Austin American-Statesman ($)

A plan to poison the wild hogs of Texas, The New York Times ($)

Tomorrow: Join us in Austin for our final "On The Record" event of the session – a happy hour event series breaking down how you can make your voice heard at the Texas Legislature. 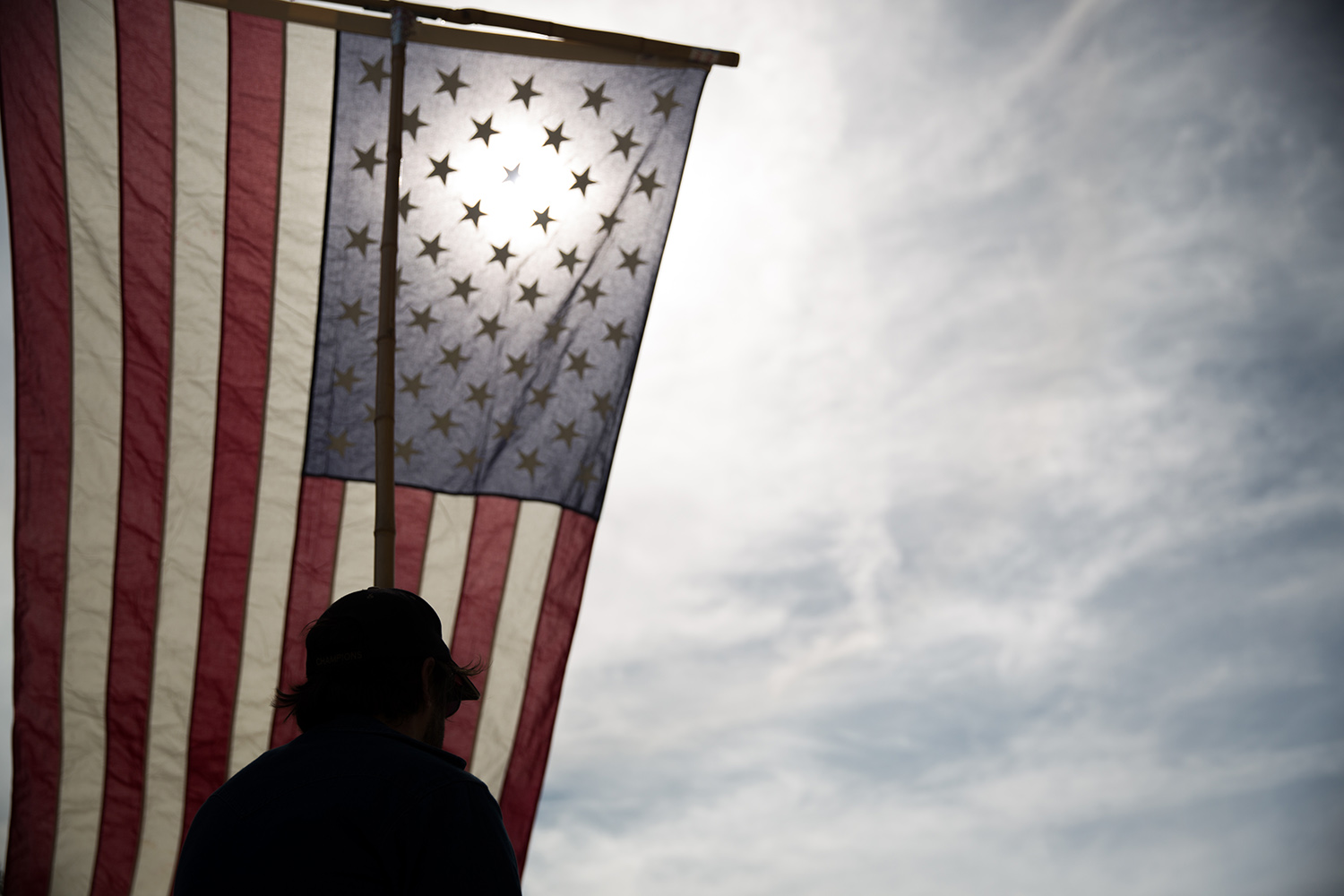 A protester holds a flag aloft at a Thursday rally protesting the House passage of Senate Bill 4, the “sanctuary cities” bill. Photo by Shelby Knowles. See more photos on our Instagram account.

"I pulled the trash can up onto my conference table, and I put that bill in the trash and I said, 'César, you and I and the veterans are going to write this bill."

— J.M. Lozano, House Higher Education Committee Chairman, on his decision to revise a bill that would affect free college tuition benefits offered to Texas military veterans and their kids.