• Following our investigation, a Texas House member has proposed taking $3 million from Gov. Greg Abbott's homeland security budget to give to victims of human trafficking instead.

• Texans in Congress mainly back President Trumps' recent airstrikes in Syria. That's not how they felt in 2013.

• Hillary Clinton says if Texas had the same voter turnout as California, it'd already be blue.

• Veteran Texas lobbyist Blake Rocap explains one of the most direct ways to talk to lawmakers face to face: testifying before a committee.

• The issue isn't a new one. In 2011, State Rep. Tom Craddick, R-Midland, filed a bill that would penalize drivers who used their phone on the road. It was then vetoed by then-Gov. Rick Perry, who said the measure would "micromanage the behavior of adults." In 2015 and 2013, Craddick's bill passed the House but died in the Senate.

• The House voted out the bill in March, and state Sen. Judith Zaffirini, D-Laredo, is carrying the bill's counterpart in the Senate. Zaffirini said last week she has the votes needed for it to pass the Senate.

• Former opponents are warming up to a texting ban. Lt. Gov. Dan Patrick, who opposed the measure in 2011,  said earlier this year he had "evolved on the issue personally" and suggested he may back the bill this time around. 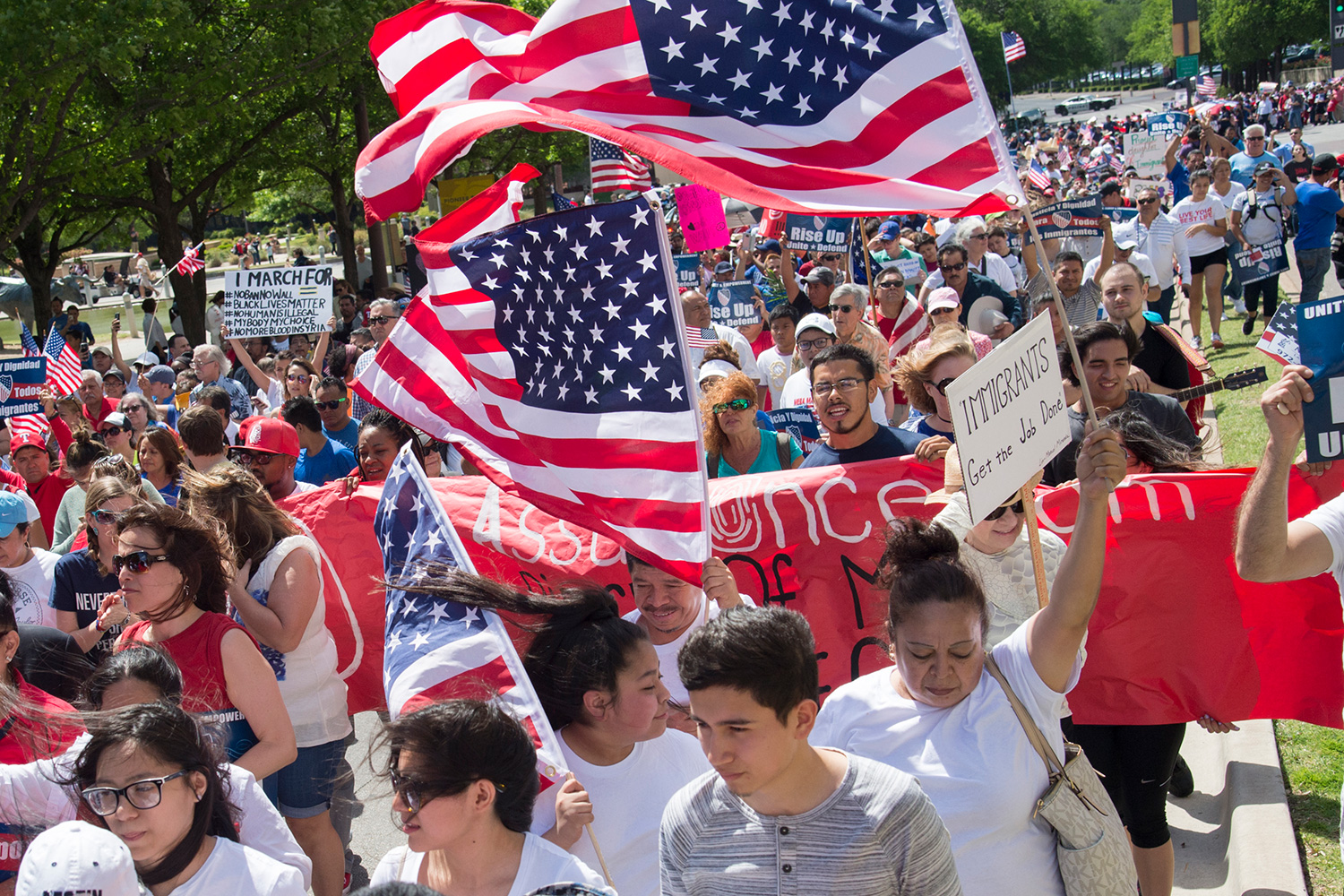 Protesters walk through downtown Dallas during the Mega March on April 9. Photo by Cooper Neill. See more photos on our Instagram account.

"Separating children from their parents during traumatic events, such as fleeing one’s country due to war and violence, is harmful to their mental health — but for infants and toddlers it is devastating."