Jet-setting liquor regulators could see wings clipped by lawmakers
All the jet-setting and partying by the Texas Alcoholic Beverage Commission, as depicted in an internal flier the agency produced, would come to a screeching halt under budgetary amendments filed Tuesday by state Reps. Jason Isaac, R-Dripping Springs and Ramon Romero, D-Fort Worth.

How the Texas "bathroom bill" compares to North Carolina's revised law
After North Carolina revised its controversial bathroom law last week, the NCAA announced it would again consider the state for future championship games. So is the proposed Texas bill more like the new North Carolina law or its predecessor?

Analysis: A teen’s death — and a failure of policy
The death of a teen on the run from the state's foster care system stirs deeper questions: Why aren't these programs working, and who will be held to account for that?

Are too many Texans calling themselves psychologists? Some lawmakers think so.
A bill that will be heard in a Senate committee Wednesday would narrow the practice of psychology in state statute after parts were ruled unconstitutional.

Lawmakers consider requiring Texas schools to test water for lead
Advocates for mandatory water testing say schools are particularly vulnerable because so many of them are aging and have older pipes and water fountains.

Senate approves two-year tuition freeze, 1% cap on increases after that
The Texas Senate voted 29-2 to freeze tuition for two years, and then cap tuition increases at 1 percent plus inflation after that. The legislation will now go to the House, where leaders are skeptical of tuition freezes.

Among the 400-plus amendments filed to the House's proposed state budget, two legislators filed amendments that would cut off future out-of-state travel by the Texas Alcoholic Beverage Commission after reading about the agency's spending tendencies in The Texas Tribune. Here's what you need to know:

On April 10, join us for lunch and a conversation with state Sen. Kirk Watson and state Reps. Gina Hinojosa and Donna Howard. 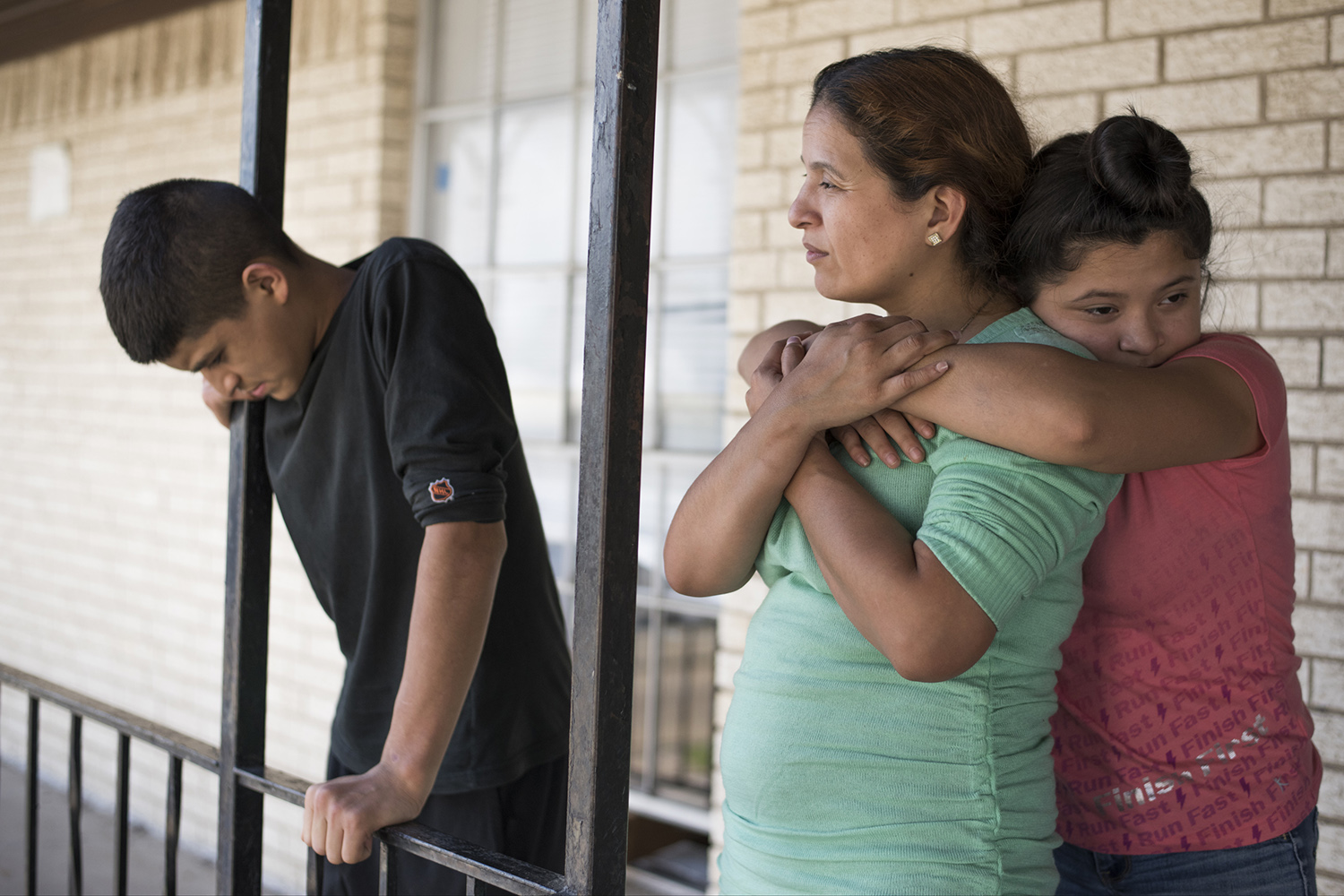 Rosa Ortega is hugged by her daughter Gracie Garza, 12. Son Rene Garza, 16, stands next to them. Photo by Cooper Neill for the Washington Post. See more photos on our Instagram account.

"Justice delayed, when it comes to our constitutional rights, is justice denied. History requires that we dismiss with extreme prejudice any suggestion that we, folks whose fundamental rights have been violated time and time again, wait before we receive justice."

The Brief is written and compiled by your morning news baristas, Bobby Blanchard and Cassi Pollock. Patrick Svitek contributed to this edition. If you have feedback or questions, please email thebrief@texastribune.org. As a nonprofit newsroom, we count on readers like you to help power newsletters like this. Did you like what you read today? Show your appreciation by becoming a member or making a donation today.