Outlook good for statewide texting-while-driving ban, key lawmakers say
Key lawmakers are optimistic about the passage of a bill that would ban texting while driving across Texas, despite failed attempts to get similar legislation signed into law over the last few sessions.

Houston foster child death spurs concerns over placement shortages
The death of a 15-year-old girl who ran away from a Houston Child Protective Services office on Sunday has advocates and legislators grappling with the worst-case scenario of the state's shortage of homes for abused and neglected children.

Bathroom access? Border security funding? Abortion? You'll find these issues and more in the 400-plus amendments Texas House members have filed as they prepare to consider the budget. Lawmakers are set to debate these amendments for hours on end Thursday. Here are some amendments we're watching:

Beto O'Rourke wants to end the war on drugs as we know it, Texas Monthly

Trump's budget would hit rural towns hard - but they're willing to trust him, The Washington Post ($)

At 8 a.m. this morning, join us in person or online for a conversation on higher education in Texas with state Sen. Kel Seliger and state Rep. J.M. Lozano, the chairs of the higher ed committees in their respective chambers.

This evening, we'll talk about legislative issues with experienced community organizers at the W Austin Records Room. The event is part of the Tribune's On the Record series, geared towards helping Texans be better, smarter citizens. 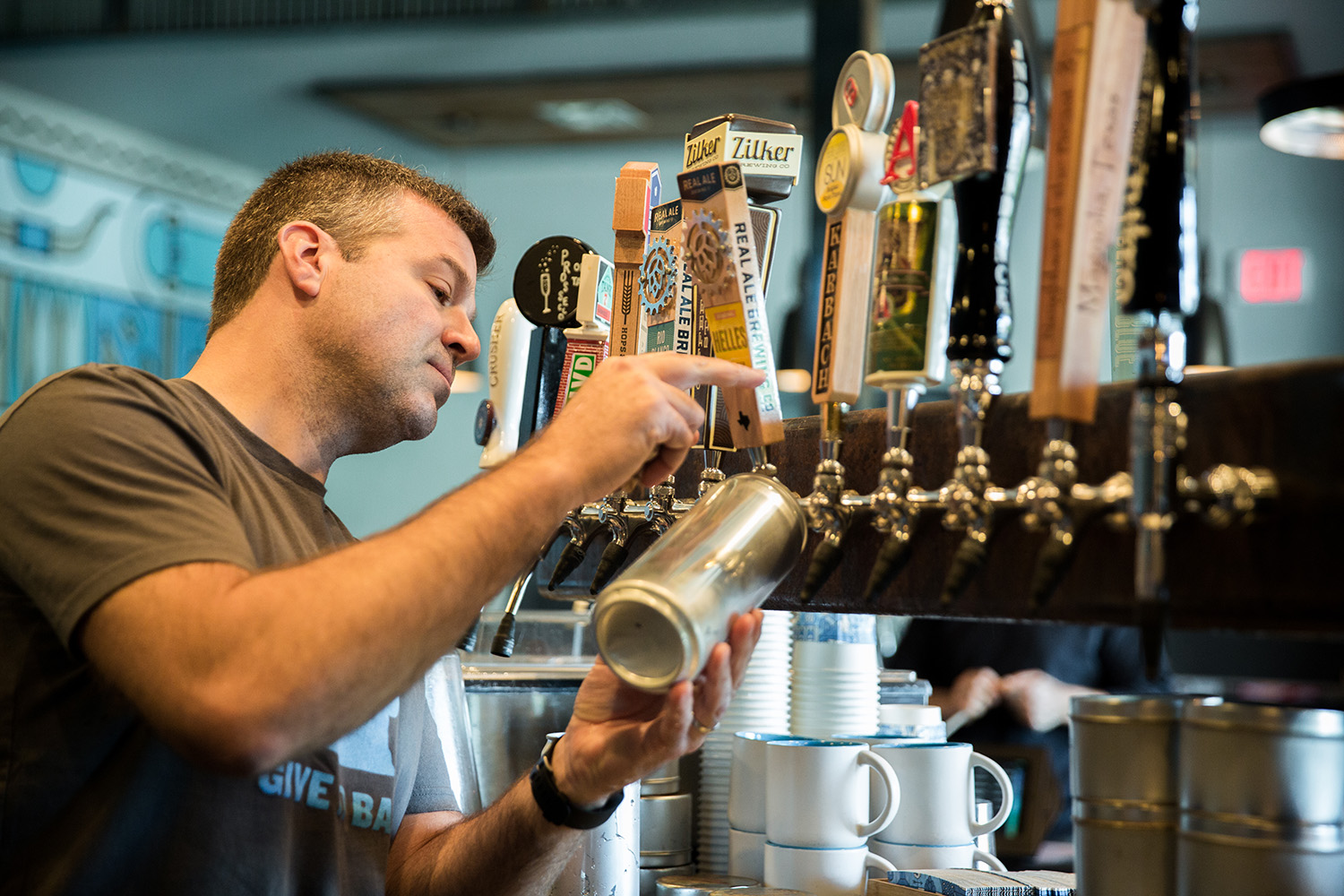 Mike McKim, founder of Cuvée Coffee in Austin, has been fighting the TABC since 2015 for the right to sell crawlers, aluminum cans filled with draft beer and sealed with a pull tab lid. Photo by Shelby Knowles. See more photos on our Instagram account.

"Our Legislature loves to blame teachers for the mess lawmakers have created by underfunding public schools."

— Pastors for Texas Children, a non-profit organization, about Texas lawmakers letting teachers down, via TribTalk

The Brief is written and compiled by your morning news baristas, Bobby Blanchard and Sanya Mansoor. Patrick Svitek contributed to today's edition. If you have feedback or questions, please email thebrief@texastribune.org. As a nonprofit newsroom, we count on readers like you to help power newsletters like this. Did you like what you read today? Show your appreciation by becoming a member or making a donation today.