Will Texas universities face perfect storm of cuts?
The top three sources of revenue for Texas public universities are all being targeted for reductions or freezes by federal or state government leaders.

Senate committee considers adoption legislation
The Senate State Affairs Committee on Monday considered a pair of bills that would allow adult adoptees in the state to more easily access their birth certificates and medical history.

Railroad Commission bill could revive debate on bathrooms, immigration
House Republicans will look to force a vote on the regulations in the Senate’s “bathroom bill.” And a Democratic lawmaker has an amendment aimed at forcing the business community to take sides in the sanctuary cities debate.

Texas Senate approves bill that would reduce handgun license fee
On Monday, the upper chamber gave final passage to Senate Bill 16, which would reduce the first-time fee for a license to carry from $140 to $40 and the annual renewal fee from $70 to $40.

Gov. Abbott: This country isn't the "United States of Municipalities"
Gov. Greg Abbott raised eyebrows last week when he threw his support behind a "broad-based law" that pre-empts local regulations. On Monday, Abbott did not back away from the idea — but offered more detail about what he meant.

ICE detains 26 offenders reporting for community service in Fort Worth, Fort Worth Star-Telegram ($)

Federal threat to pull funds will have little, if any, effect on Travis County, local officials say, Austin American-Statesman ($)

Join us today at KLRU's Studio 6A for a special screening of Beyond the Wall, The Texas Tribune's short documentary that explores the state's immigration issues through the eyes of undocumented immigrants, border patrol agents and a borderland rancher.

Next Tuesday, April 4, The Texas Tribune will talk about legislative issues with experienced community organizers at the W Austin Records Room. The event is part of the Tribune's On the Record series, geared towards helping Texans be better, smarter citizens. 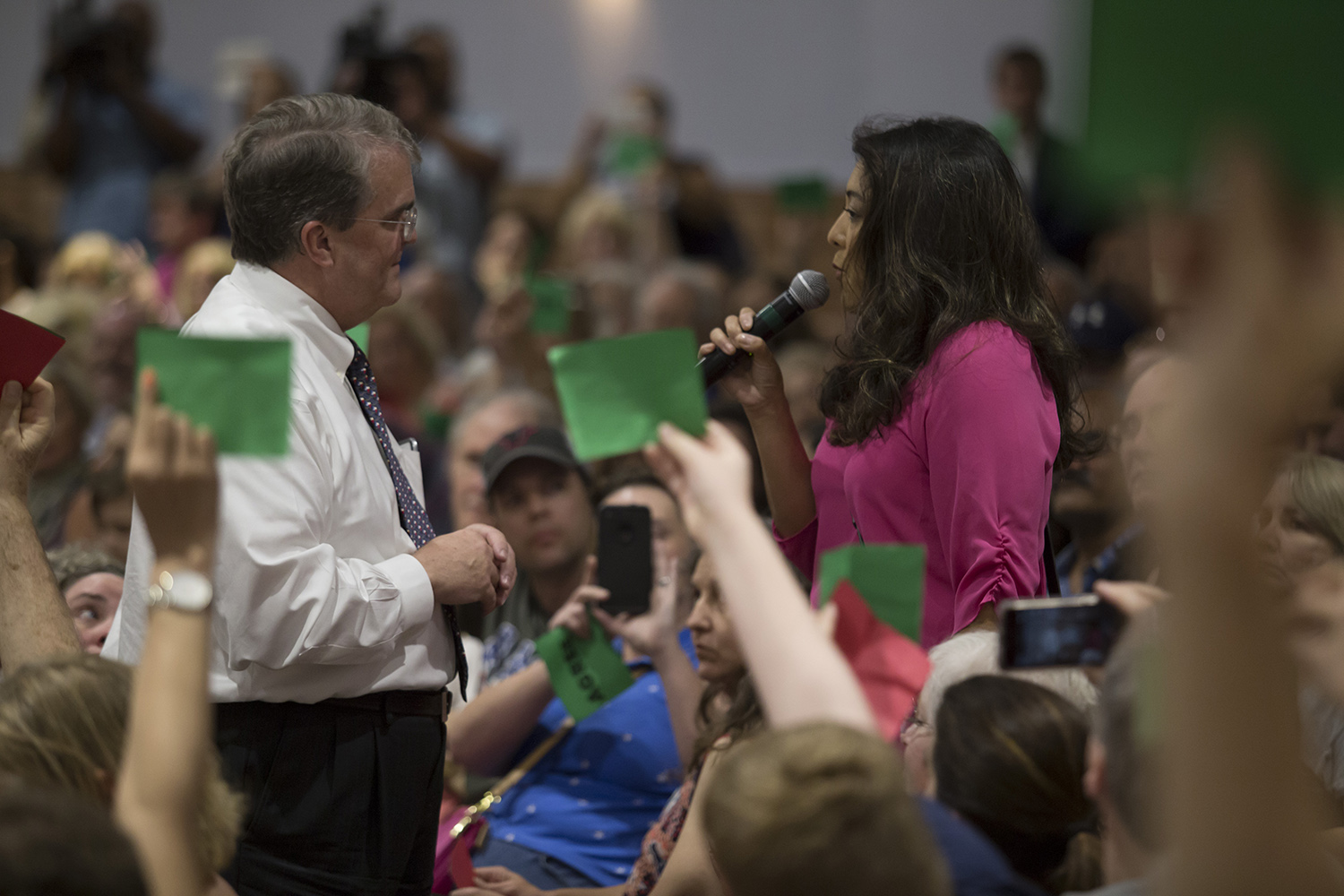 "Too often, Texans are subjected to “deny, delay and underpay” tactics as insurers test and break the will of property owners. Only strong laws pry policy benefits back from the insurance industry, serving as the last line of defense for Texas property owners."