Child welfare workers fear legislative push to outsource their jobs
Former and current caseworkers say a plan to move case management services to nonprofits could be problematic and that no one in power is listening to their concerns.

Universities face funding cuts of 6 percent to 10 percent in Senate plan
In an attempt to make major changes in how higher education is  funded, the Senate Finance Committee is proposing major cuts to each state university.

After years of insisting on "repeal," Ted Cruz walks a fine line on health care
"If Republicans take this opportunity and blow it, we will rightly be considered a laughingstock," U.S. Sen. Ted Cruz said Wednesday regarding divisions among Republicans on the leading proposal to overhaul the Affordable Care Act.

A day later, Hurd and O'Rourke reach D.C., ending road trip and impromptu town hall
U.S. Reps. Will Hurd and Beto O'Rourke — a Republican and a Democrat from Texas, respectively — arrived at the U.S. Capitol Wednesday, ending a two-day trek from San Antonio that drew thousands of fans.

Senate gives approval to two abortion-related bills
The upper chamber gave final passage to a bill that would ban what opponents call "partial-birth" abortions and put restrictions on donating fetal tissue, and initial approval to one that would ban doctors from performing dilation and evacuation abortions.

Texas House passes statewide ban on texting while driving
Members voted 113-32 to tentatively approve the legislation, which will get a final vote in the House before it can proceed to the Senate. A Senate committee has passed a similar measure.

The Senate Finance Committee cut $180 million the Senate had allocated for pre-K funding in an earlier version of the budget, going against Gov. Greg Abbott. Instead, the committee allocated $40 million into a partnership with nonprofits to support districts and charters implementing pre-K programs.

Canales bill would allow accents on state documents, The Monitor 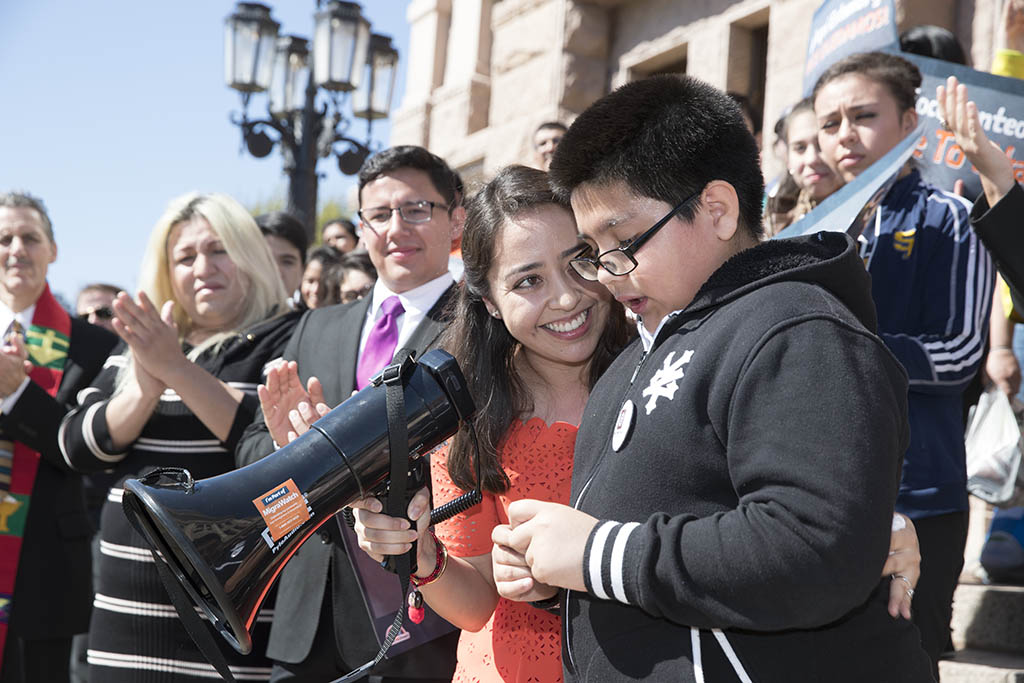 A 9-year-old boy from Austin reads a statement to the crowd during a protest against anti-"sanctuary cities" legislation at the Texas State Capitol. Photo by Bob Daemmrich. See more photos on our Instagram account.

"Time and again I saw people charged with felony drug offenses fight to keep the cars in which they were transporting drugs while hardly objecting to the criminal charges against them. "