It cost $9 million to attract a top engineer to A&M. Was that worth it?
The state spent big to recruit professor Thomas Overbye to Texas A&M University. But lawmakers are questioning whether it should devote millions to make similar hires in the future.

Red River farmers hope Trump Administration resolves land dispute
North Texas farmer Tommy Henderson may soon get what he has long hoped for: a resolution for his community's lengthy dispute with the federal government over land along the Red River.

Proposed federal health plan brings uncertainty in Texas
After Republicans in Congress unveiled their long-awaited plan to repeal the 2010 health law on Monday, the potential impacts of the proposed bill in Texas are unclear.

Lucio's bathroom bill support is the latest example of aisle-crossing by the Valley Democrat
At a news conference with senators supporting the so-called bathroom bill, Sen. Eddie Lucio Jr. was the lone Democrat. It's not the first time Lucio has bucked his own party to vote with the GOP on controversial issues.

Hundreds signed up to testify as Senate committee takes up Texas "bathroom bill"
The legislation, Senate Bill 6, would require transgender individuals to use the multi-stall bathrooms and locker rooms in schools and other government buildings that match their “biological sex," as well as nix some local anti-discrimination laws.

Texas lawmakers on the Senate State Affairs Committee advanced the "bathroom bill" at 4:50 a.m. Wednesday, after more than 13 hours of public testimony.

Join us online or in person for a conversation with Austin Mayor Steve Adler at the Austin Club on March 9. 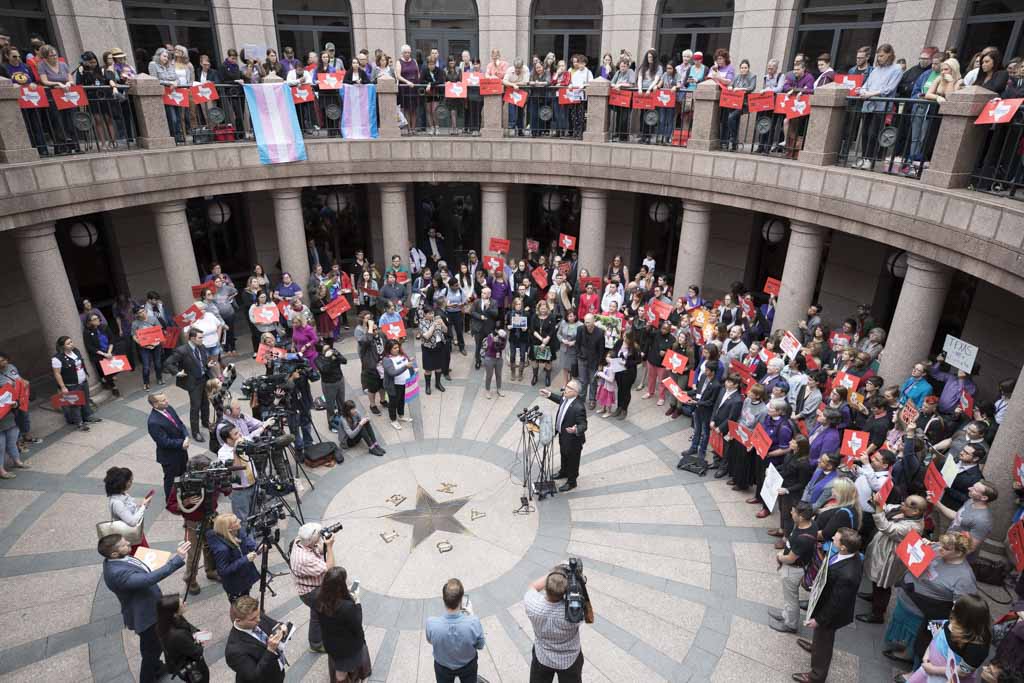 — Geoff Carlisle, a teacher, on the bathroom bill in Texas and its effect on students in TribTalk