Professor recruitment program — a top Abbott initiative — could lose funding
Draft budgets by both the Texas House and Senate have zeroed out funding for the Governor's University Research Initiative, a project started by Gov. Greg Abbott in 2015.

Analysis: The Texas legislative tales that (almost) got away
The big bills and arguments and personalities in the Texas Legislature catch most of the attention and headlines, but little things deserve their time in the spotlight, too.

Democrat Collier to challenge Patrick for lieutenant governor
Lt. Gov. Dan Patrick is getting a Democratic challenger for re-election in 2018.

Cruz: Firestorm over U.S. Attorney General Sessions is a "nothingburger"
In a television interview on Thursday, U.S. Sen. Ted Cruz said the uproar over Attorney General Jeff Sessions' previous meetings with the Russian ambassador is nothing more than "political theater."

For more than 70 years, the government and conservation groups have bought land along the U.S-Mexico border in efforts to preserve habitats for endangered animals. Much of that land is now bisected by a border fence, and scientists warn a continuous wall could devastate many species.

Amplify Austin, Central Texas’ day of giving, began yesterday! If you think The Texas Tribune’s nonpartisan, watchdog journalism brings value to you and your community, then please consider donating to our 501(c)(3) nonprofit newsroom here.

Join us online today for a daylong symposium on public education in Texas.

Bring your friends and join us for happy hour and conversation about the Texas Legislature at "On the Record" at The W Austin Records Room Tuesday, March 7. 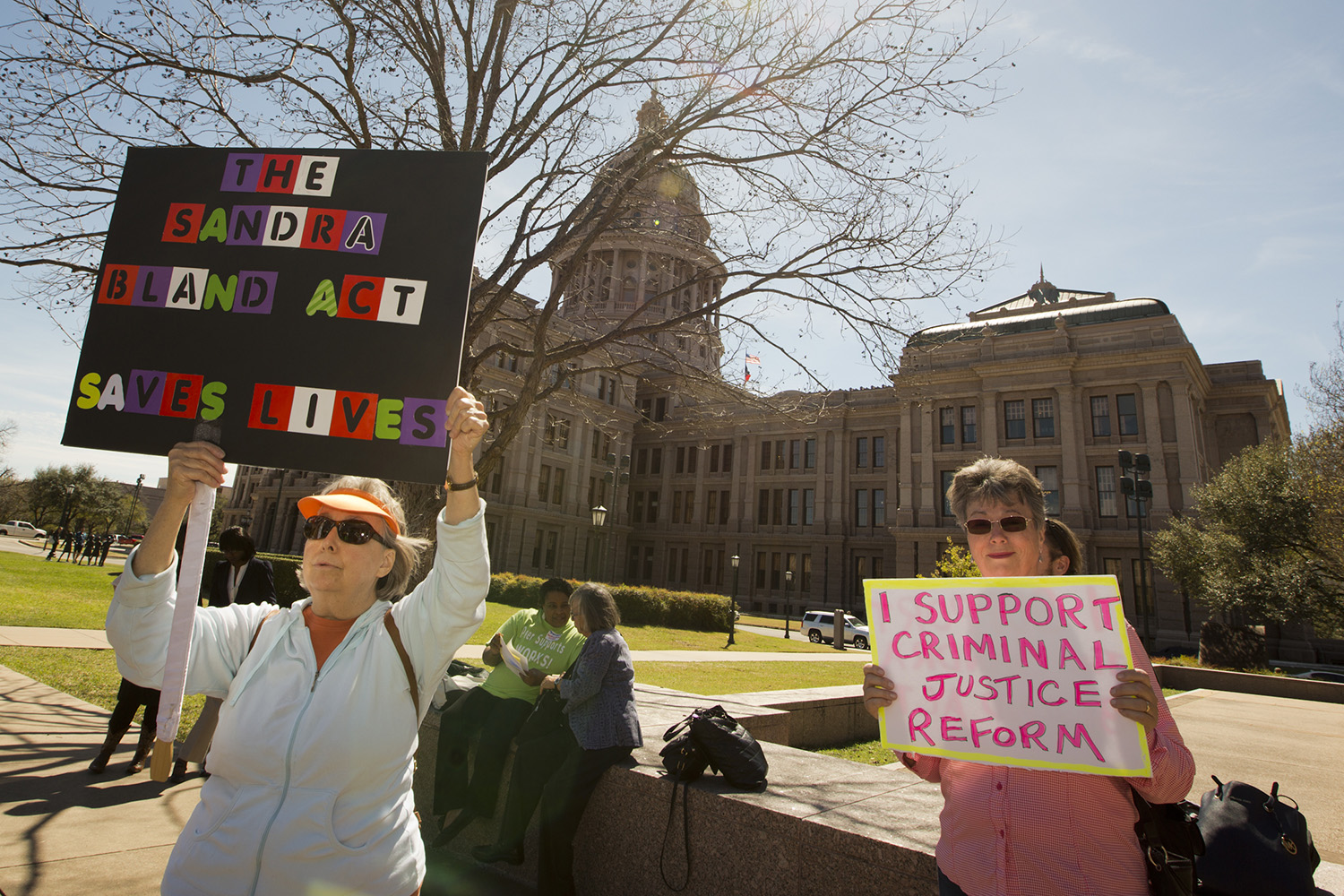 People gathered outside the Capitol on March 2 to show their support for the Sandra Bland Act, a measure announced by state Rep. Garnet Coleman, D-Houston. See more photos on our Instagram account.

“Navigating the health care system is complicated. Even diligent patients who ask all of the right questions can get hit with surprising out-of-network medical bills. We can’t afford to let doctors and insurers keep blaming each other for the problem while patients foot the bill.”