New campaign aims to promote reproductive rights access and legislation
Under the so-called Trust. Respect. Access. campaign, 12 organizations are working to “promote trust in Texans to make their own reproductive health care decisions" in the wake of Republicans at the state and federal level working on potential legislation to further restrict reproductive health access.

Investigators: Fire that ravaged Victoria mosque was arson
Investigators said Wednesday that someone intentionally set the fire that destroyed a mosque two weeks ago in Victoria, the South Texas town that has since rallied around its Muslim community.

Upset over infrastructure problems, Corpus Christi voters rejected the establishment and voted a political outsider to run the city last year. After 37 days and a string of bizarre controversies, Dan McQueen resigned. Here’s what happened:

County judge switches to Republican; will run for final term in 2018 with GOP, The Beaumont Enterprise

DeVos' confirmation spurs emotion on both sides in Texas, The Houston Chronicle ($)

Join us in person or online for a conversation with U.S. Rep. Filemon Vela, D-Brownsville. 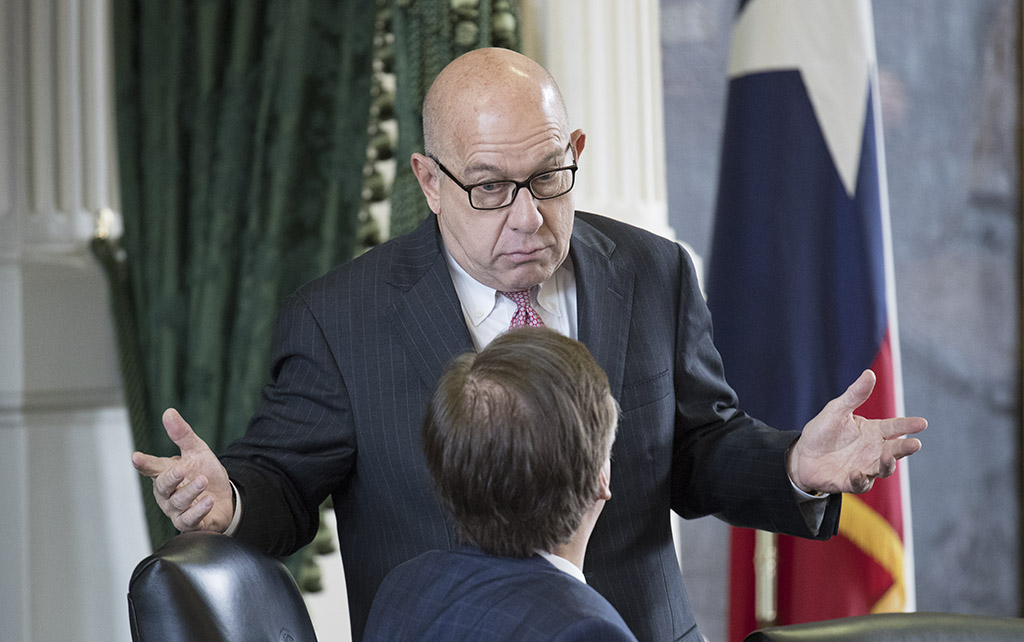 "The problems at CPS absolutely cannot go ignored. We can no longer sit idly by while children continue to suffer in group homes and outright abusive environments across the state."