Analysis: Texas, a legislative sideshow to the main act in D.C.
The Texas Legislature is primed to go, but this is going to be a session outside the limelight. The Texans are busy, but the spotlight is on the new administration in Washington, D.C.

Texas lawmakers aim to eliminate death penalty for convicts who didn't kill
At least two Texas Democrats and one Republican are pushing to reform the death penalty under the law of parties, which holds those involved in a murder equally responsible, even if they weren't directly involved in the actual killing.

Board of Ed prepares to vote on evolution science standards
A day before voting on changes to science standards, the State Board of Education heard from a line of scientists urging removal of language they say challenges evolution — and a handful of those in opposition.

Border Patrol agent convicted of corruption but not murder
Border Patrol Agent Joel Luna was found guilty of engaging in organized criminal activity, but a Cameron County jury acquitted him of murder.

A controversial policy that reduces Travis County's cooperation with federal immigration officials goes into effect today. Here's why it's drawn ire from Texas Republicans and what we're watching next:

More than 1,000 gather at Texas A&M campus to protest travel ban, The Eagle

What Led to the ‘Broken’ Foster Care System in Texas, KUT

For a complete list of upcoming events, visit our site. 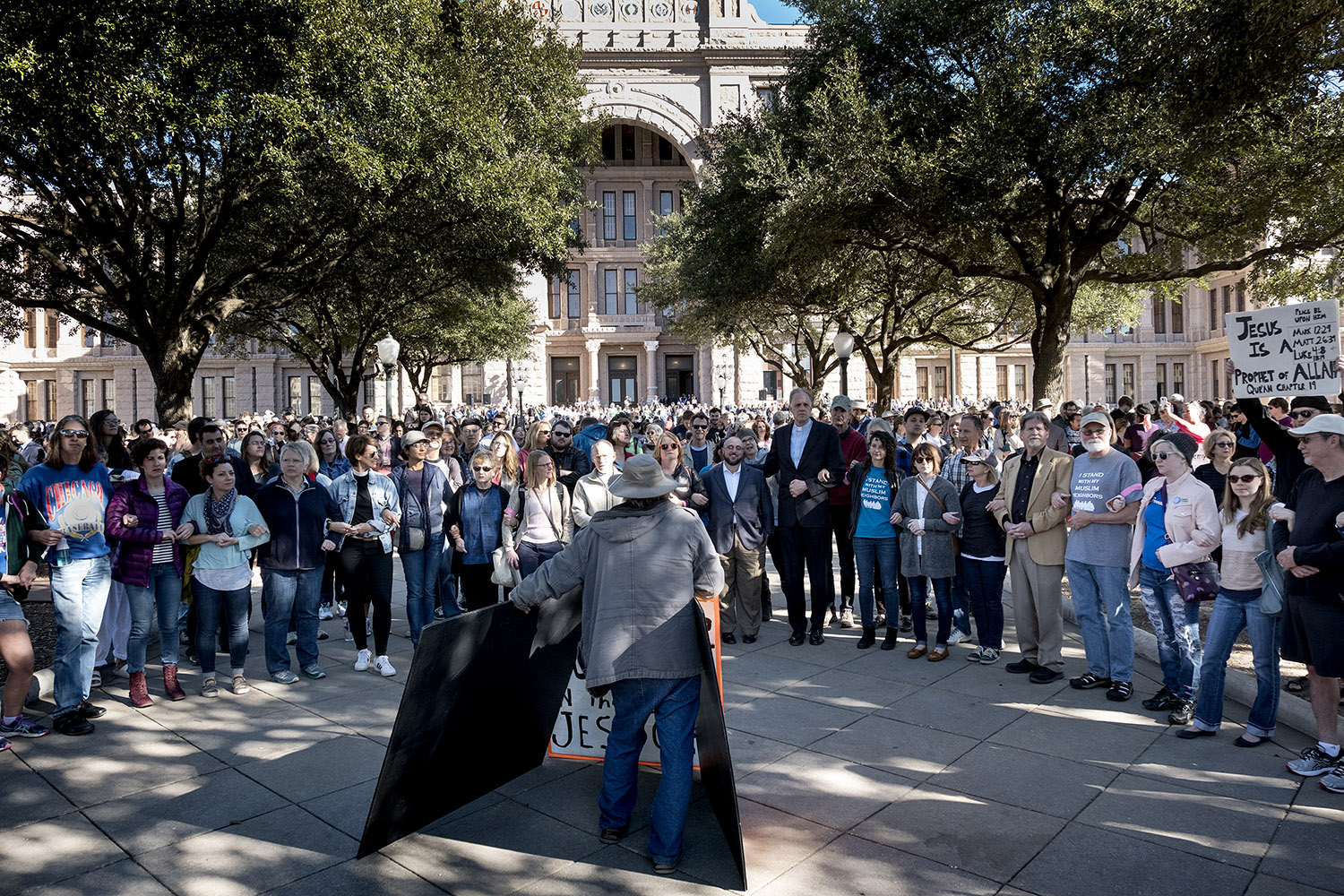 Supporters form a human chain around people participating in Texas Muslim Day at the Capitol. Photo by Laura Skelding. See more photos on our Instagram account.

"School choice is not about advocating for one form of education over another. It is not about choosing private over public. Rather, school choice is about empowering parents with access to the best educational setting for their child — no matter where they live or how much money they make."

— Randan Steinhauser of EdChoice via TribTalk