Analysis: A Senate budget that takes more off the top than it first appears
The Texas Senate's proposed budget, with one exception, is a carefully assembled conservative start to a 20-week legislative spending negotiation. But they finished off their work with a chain saw.

With Senate moving quickly on UT regent confirmation, Hall asks for more time
One day after Gov. Greg Abbott appointed three new University of Texas System regents, the Senate has scheduled a confirmation hearing. One of the regents being replaced, Wallace Hall, is asking the Senate and Abbott to slow the process down.

President Donald Trump is expected to sign an executive order Wednesday ordering the construction of a U.S.-Mexico border wall, according to multiple reports. The president is also expected to order a reduction in the number of refugees who can resettle in the United States, according to The New York Times.

The Senate suddenly warms up to schools, Texas Monthly

U.S-Mexico relations at crossroads under Trump, The Houston Chronicle ($) 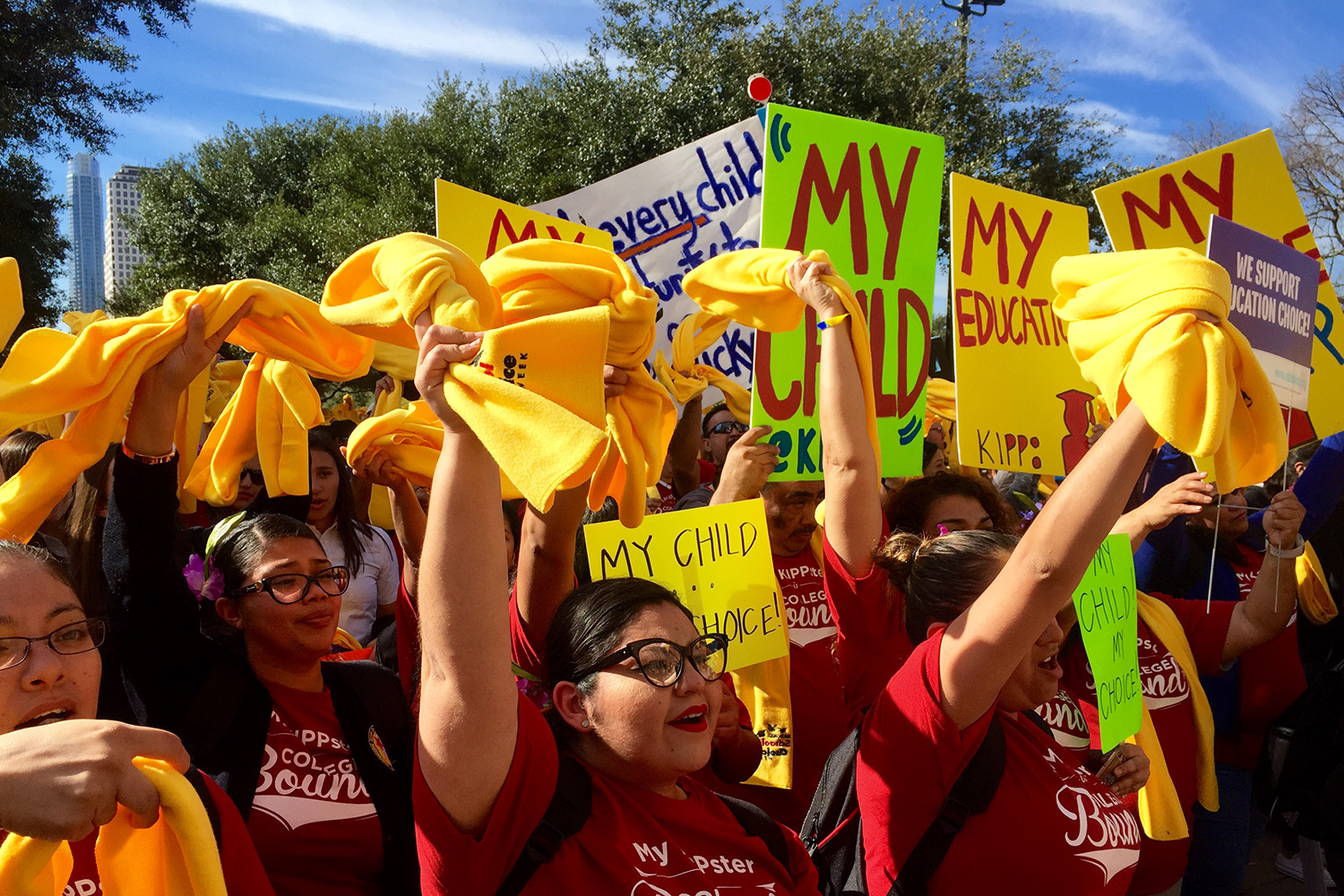 Thousands of children from charter and private schools across Texas flocked to the Capitol for the National School Choice Rally. Photo by Laura Skelding. See more photos on our Instagram account.

"Some opponents of school choice oppose these programs on ideological grounds. Constitutional claims are merely the vehicle through which choice programs are challenged in court when a legislative debate has been lost. If the Texas Legislature passes an ESA bill, proponents should not be surprised if a constitutional challenge is close behind."