Good morning y'all, and thanks for reading The Brief, The Texas Tribune’s daily newsletter that prepares you for the day ahead. If you have friends who might want to join our list, please forward this email. They can click here to sign up. – BB

Analysis: Luckily for Texas, voters don’t get report cards
A recent study of mayoral races — those important but rarely epic meat-and-potatoes exercises in civic responsibility — revealed some ugly facts about voters in general and Texas voters in particular.

In West Texas, abandoned well sinks land, sucks tax dollars
Land around a West Texas roadway used to be flat. Now, it’s fissured, sinking and has cost taxpayers more than a million dollars — all because of a water well that was left unplugged.

Tens of thousands participate in Texas women's marches
The day after the inauguration of President Donald Trump, tens of thousands of Texans took part in marches across the state Saturday during Texas’ multiple iterations of the Women’s March on Washington.

Former Exxon CEO and native Texan Rex Tillerson got the support of two key U.S. senators this weekend: John McCain and Lindsey Graham. With their support, Tillerson likely has the votes needed for confirmation from the Senate, though he faces another potential hurdle with the Senate Foreign Relations Committee expected to vote on his nomination today.

Could this be the year for school vouchers in Dallas?, The Dallas Morning News ($) 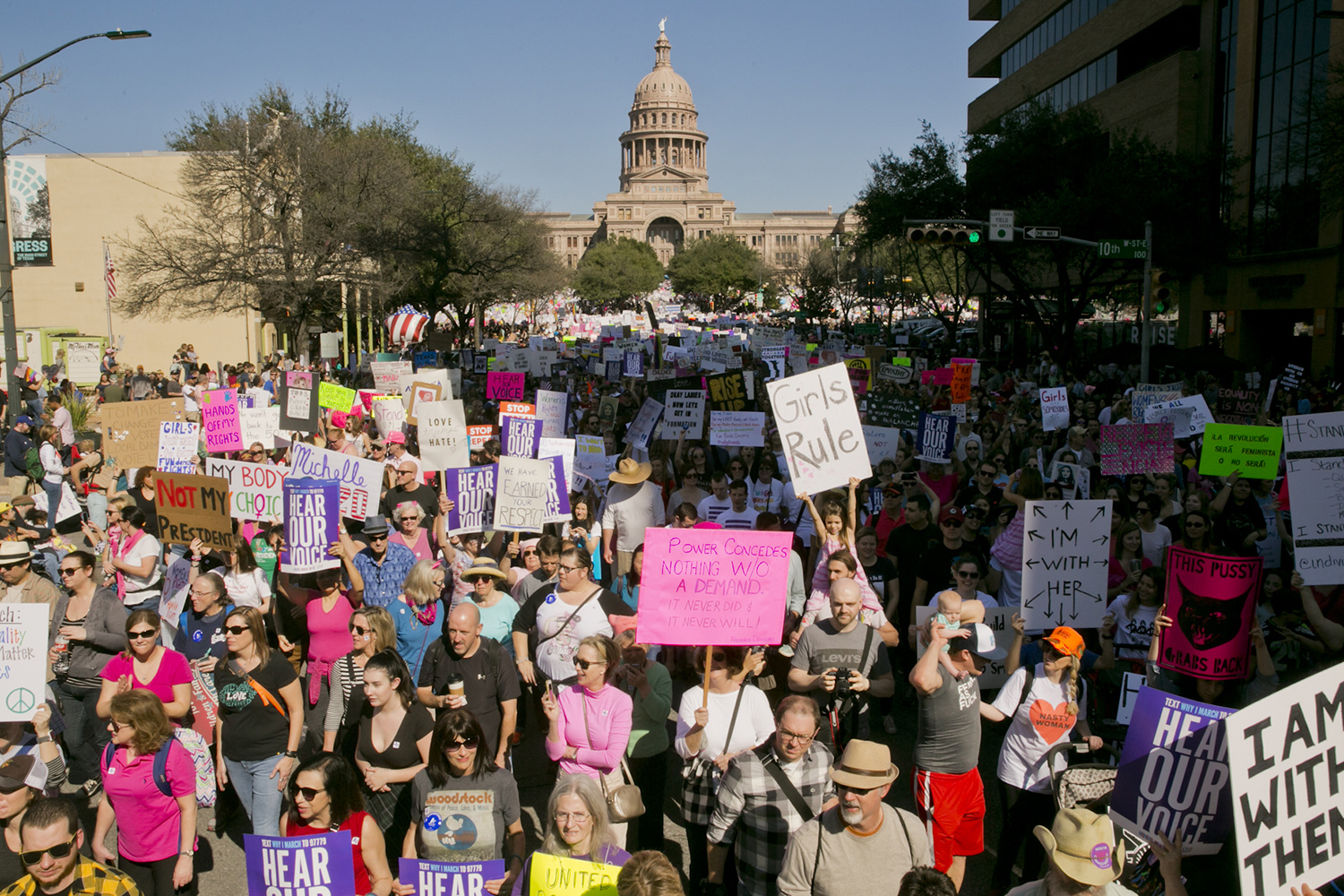 "It seems with all the attention given to recent court decisions over gender rights, the Affordable Care Act and other political “hot buttons,’ dogs were forgotten and tossed to the street."