Perry goes before Senate energy committee (video)
In the Roundup: Former Gov. Rick Perry has confirmation hearing for energy secretary, State Rep. Dawnna Dukes is indicted and the Texas House and Senate are billions of dollars apart on the state budget.

Analysis: Spinning numbers in Texas lawmakers’ proposed budgets
For lessons in how to speak positively about bad news — without telling lies — you might consider studying at the feet of the people who write the Texas budget.

House, Senate disagree on how to fund the state's oil and gas regulator
Texas House and Senate leaders unveiled dueling budget proposals this week that are billions of dollars apart.

Texas lawmaker sends letter to "Islamic Leaders" surveying their beliefs
Freshman state Rep. Kyle Biedermann sent a letter to mosque leaders and Muslim student associations in order to poll them about their beliefs ahead of Texas Muslim Capitol Day.

At confirmation hearing, Rick Perry vows to pursue "sound science" on climate change
Testifying before a U.S. Senate committee on Thursday, Secretary of Energy nominee Rick Perry said that he believed humans contributed to climate change and that he no longer supported the dissolution of the Department of Energy.

Donald Trump will formally become the next President of the United States today. Multiple protests and demonstrations are planned throughout Friday as celebrations and ceremonies occur in Washington, D.C.

Coming up this weekend

Cornyn: No one covered under Medicaid expansion will lose coverage, Talking Points Memo

Austin Water ads went to website created just for them, The Austin American-Statesman ($)

Some women, on the left and right, see no place for themselves at the Women's March, The Dallas Morning News ($) 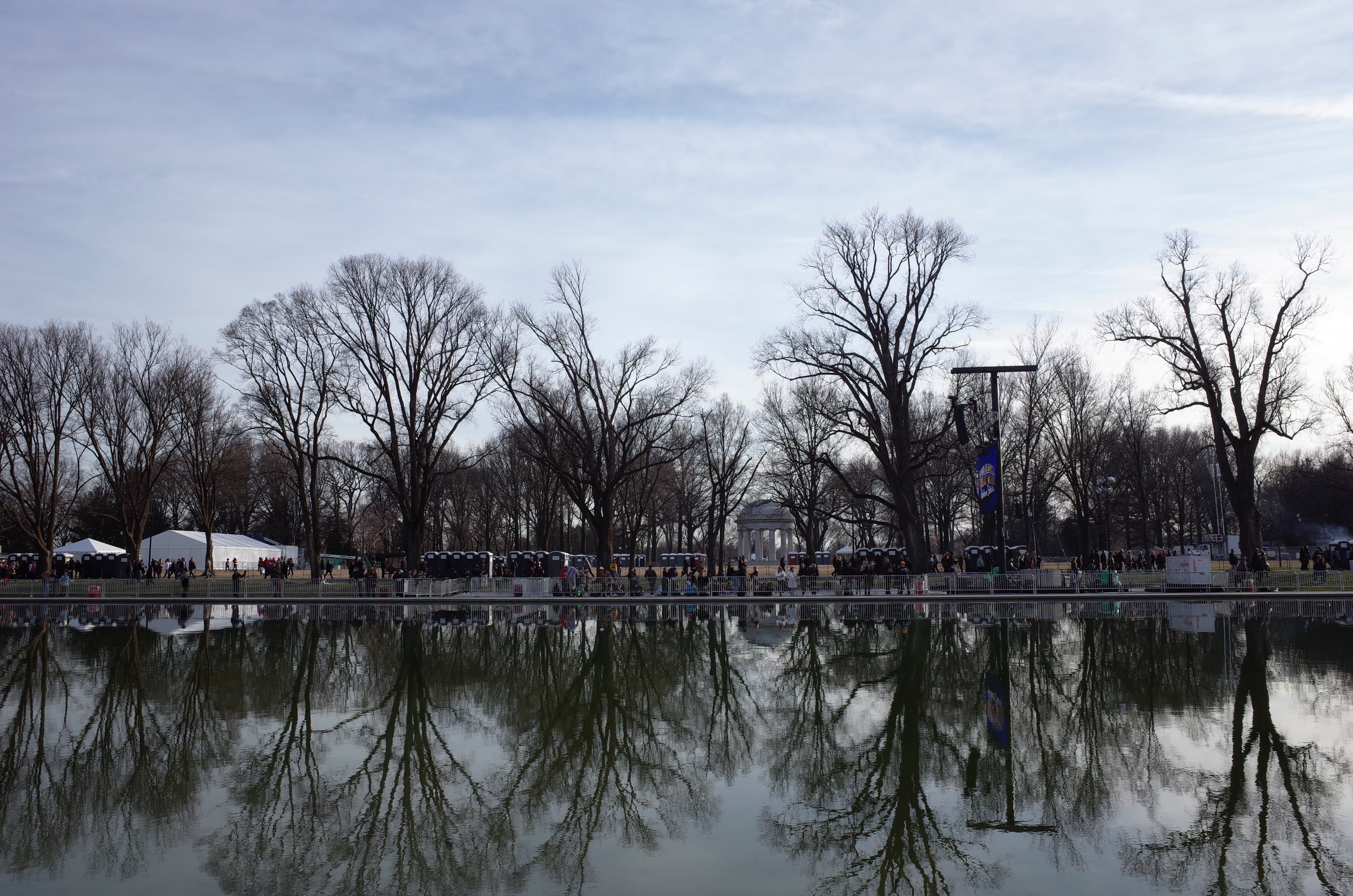 Preparations in Washington, D.C., were well underway as crowds began to gather for the inauguration. Photo by Caleb Bryant Miller. See more photos on our Instagram account.

"Perry understands that government doesn’t grow jobs — companies and investors in the private sector do."

— Todd Staples, president of the Texas Oil and Gas Association, on how former Texas Gov. Rick Perry could help America if confirmed as energy secretary, via TribTalk