The state’s primary voters decided on most of their general election nominees in the March 1 elections, but 22 of those contests will go to runoffs on May 24. The Democrats have six races left, the Republicans 16. All told, only four statewide races are left; races for Congress, the State Board of Education and the two houses of the Legislature make up the rest. Here’s the list, along with the totals each candidate received in the primaries. 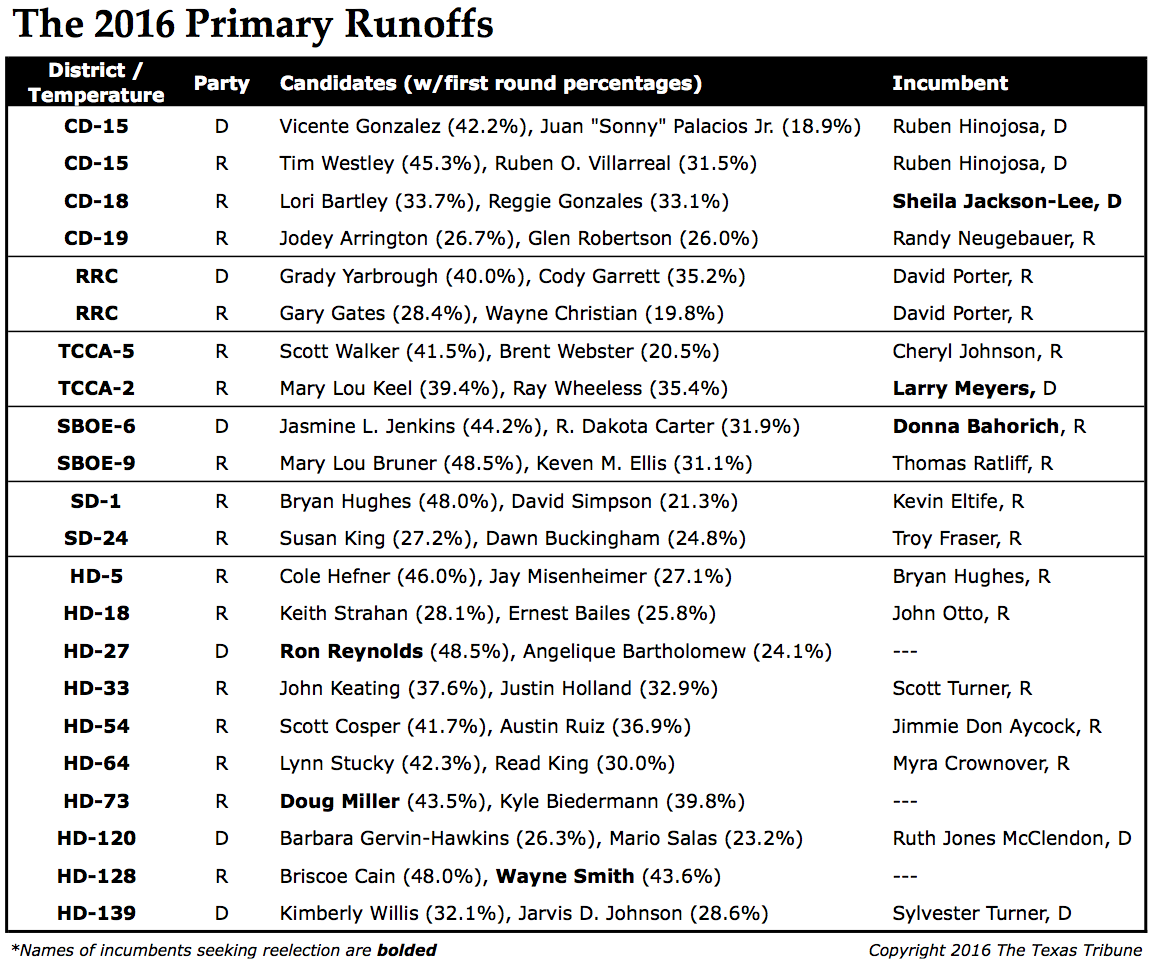