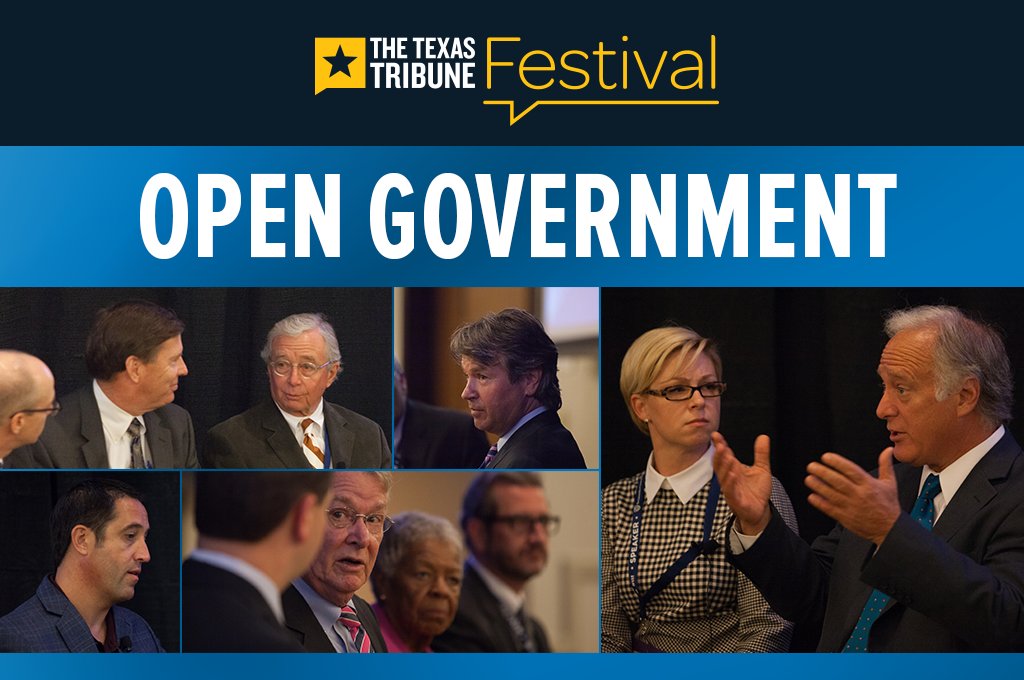 The Open Government track at The 2015 Texas Tribune Festival featured a panel discussion on public integrity and state government and a conversation over ethics. State Rep. Trey Martinez Fischer and University of Texas System Regent Wallace Hall debated transparency issues. And we featured conversations with Texas Comptroller Glenn Hegar and several Texas ethics commissioners. Scroll down to listen to audio from those sessions.