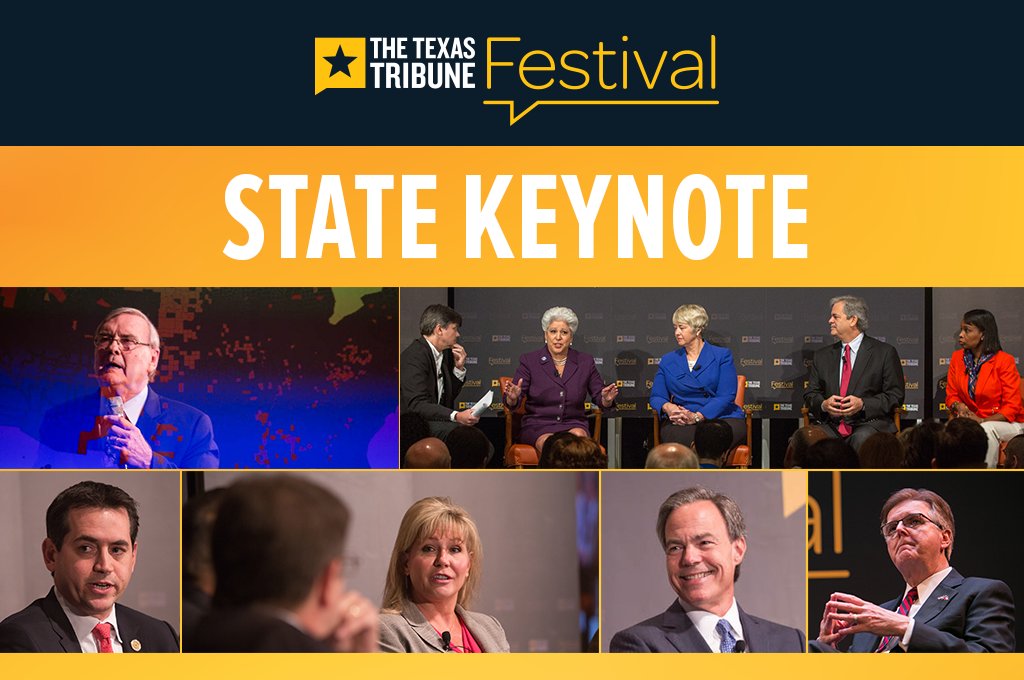 The State Keynote track at the 2015 Texas Tribune Festival included one-on-one discussions featuring Lt. Gov. Dan Patrick as well as Texas House Speaker Joe Straus, plus a presentation from former State Demographer Steve Murdock. There was also a panel discussion on challenges for big Texas cities, and some outgoing legislators offered their thoughts. Finally, several Republican legislators talked about how conservative they thought this year's legislative session really was. Scroll down to listen to audio from those sessions.

Steve Murdock, the former state demographer and former director of the U.S. Census Bureau, spoke during the "You're Welcome, America: Texas in 2050" session.