Editor's note: This story has been updated to include details from Iowa officials.

A man arrested in Iowa is suspected of setting fire to a car last week at the Capitol, the Texas Department of Public Safety said Thursday evening.

Michael Patrick Wagner, 38, was arrested early Thursday morning by the Marion, Iowa, police department, according to authorities there. At the time, DPS officers were already en route to the Hawkeye State with an arrest warrant for second-degree felony arson, the agency said.

Records show a 38-year-old Michael Patrick Wagner from Linn County has a criminal record in Iowa that most recently includes a criminal mischief offense in 2013.

Investigators were ultimately able to track down Wagner due to a parking ticket he received at the Capitol complex, according to DPS. The agency said Thursday evening that Wagner was awaiting extradition proceedings at the Linn County jail, where he was being held on the unrelated charge.

According to the Linn County Jail, Wagner was stopped for an unrelated reason and arrested because of the outstanding Texas warrant. Jail officials say he won't be arraigned until this weekend because it is an out-of-state warrant. 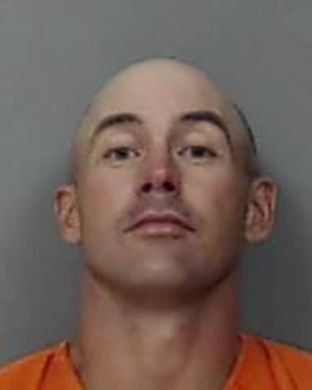 Gov. Greg Abbott issued a statement on Wagner's arrest, applauding DPS for "swiftly and successfully capturing the suspected arsonist." "I look forward to the suspect's extradition to Texas to face justice," Abbott added.

The vehicle fire, which was discovered Aug. 7 on the south side of the Capitol, was being investigated as intentional, according to authorities. DPS had said it was working to determine whether it was connected to a report earlier in the day of suspicious activity at the Capitol.

Capitol officials have said authorities suspect the same person who set the fire was seen earlier in the day poking around House Speaker Joe Straus' office and apartment.

"DPS has an increasingly difficult job at the Capitol, and I am grateful for the agency's continued diligence," Straus said in a statement Thursday evening.