As Senate budget writers started discussion Tuesday morning on a proposed change to the way the state calculates its spending cap, Legislative Budget Board Director Ursula Parks warned against making the new formula too restrictive.

Under state Sen. Kelly Hancock’s proposed constitutional amendment, the state would use the combined rates of population and inflation growth to set a cap on growth of all areas of the budget. The cap currently moves with the growth of personal income in the state.

Parks noted that the change would mean a move away from measuring economic activity. She suggested that lawmakers should compound inflation and population growth if they choose to go in that direction.

Parks laid out her position in an exchange with state Sen. Kirk Watson, D-Austin (it begins around the 25-minute mark): 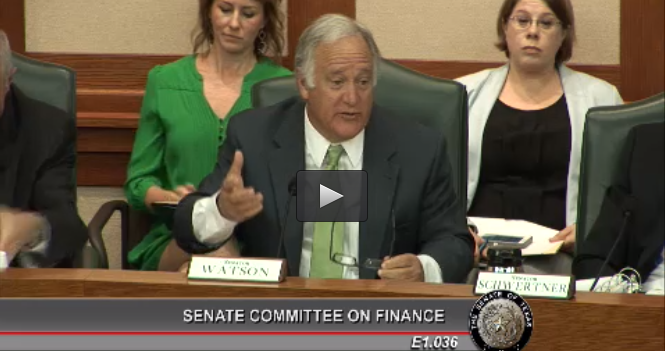 Watson: If we were to use population plus inflation, is it fair and more accurate to say it should be multiplied as opposed to just using simple addition?

Watson: Explain what you mean by that…

Parks: When you add those two rates together, you lose the effect that they have on each other. So you really want to compound them. So that if you have inflation growth, you’re applying that rate of inflation to the new population also coming in. Otherwise, as one grows, you’re not really getting the effect of the other on that other side.

Most of that project — which boosted the state’s wind energy portfolio — was completed in late 2014.

Rick Perry’s political action committee announced Monday it has hired Erin DeLullo as national coalitions director, adding to its team a Washington, D.C., fundraiser with experience in bringing together candidates and advocacy groups.

“I look forward to promoting the conservative principles Gov. Perry champions around the country and building upon the strong foundation of prominent and grassroots conservative leaders the Governor has fostered relationships with for years,” DeLullo said in a statement from RickPAC, the group laying the groundwork for Perry’s likely 2016 bid.

With the deadline to file bills for the current session now behind us, here’s our updated, final list of House and Senate bills filed. With 6,109 bills filed in the two chambers, the Lege’s output is higher than the 5,868 bills filed last session. 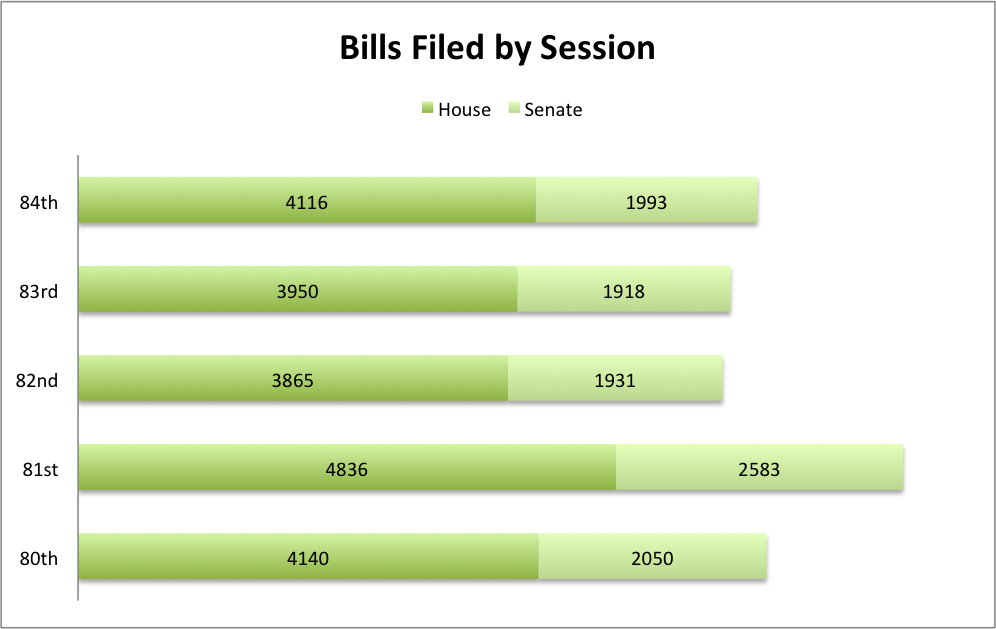