We take a look this week at how the newly formed House committees stack up by party ID and by gender. Compared to their overall representation, Democrats are significantly underrepresented on Corrections, International Trade and Intergovernmental Affairs, Urban Affairs and Natural Resources.

Meanwhile, women make up about a fifth of the House. But on 20 committees, the proportion of women to men is lower than for the overall composition of the chamber. And no women serve on seven committees — County Affairs, Criminal Jurisprudence, Government Transparency and Operation, Insurance, Land and Resource Management, Natural Resources, and the House Select Committee on State and Federal Power.

Three House seats are currently vacant. We noted with an asterisk those committees for which an assignment has been given to a district where the representative has yet to be determined. Those seats will be determined in runoff elections to be held Feb. 17. 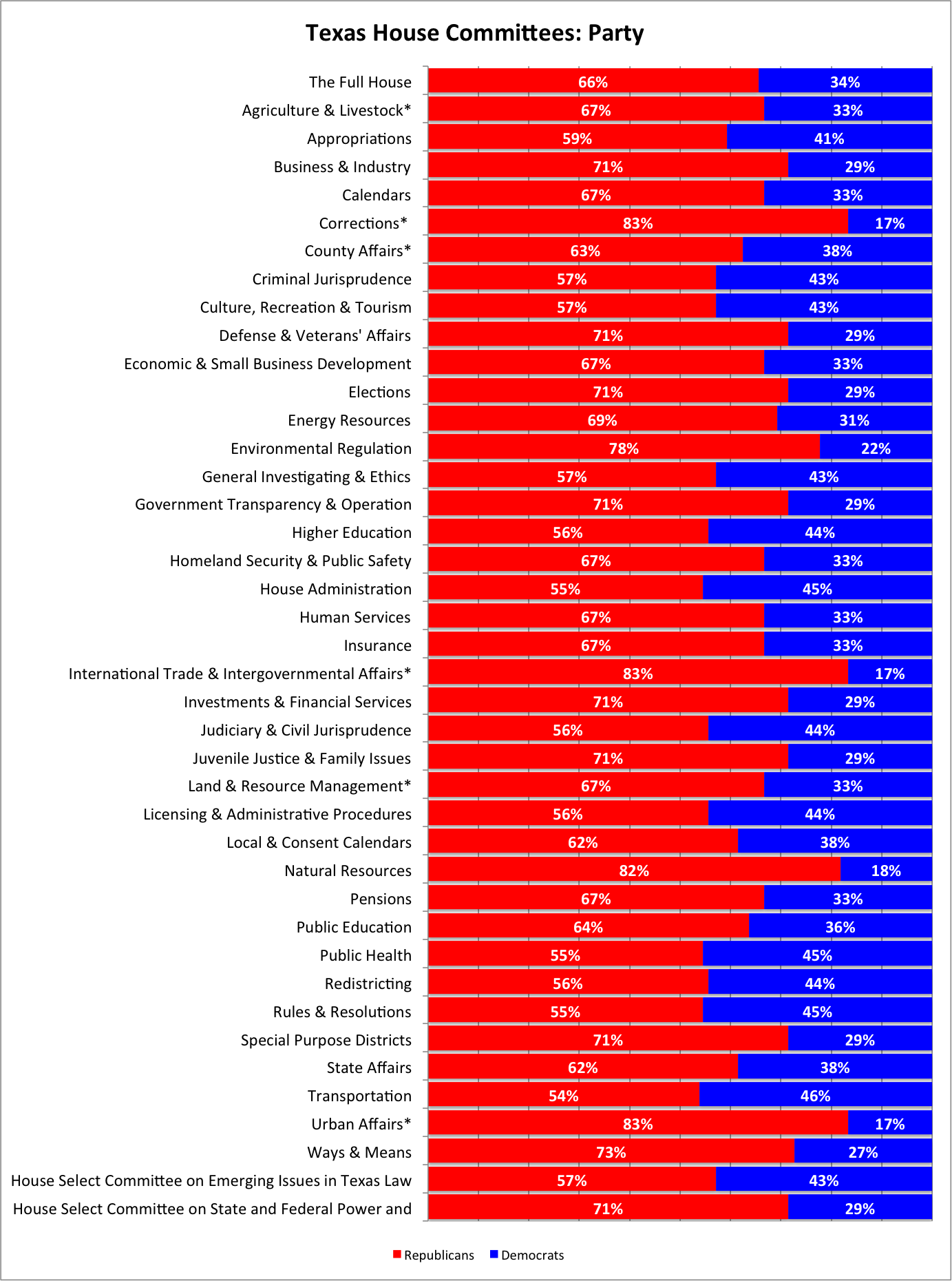 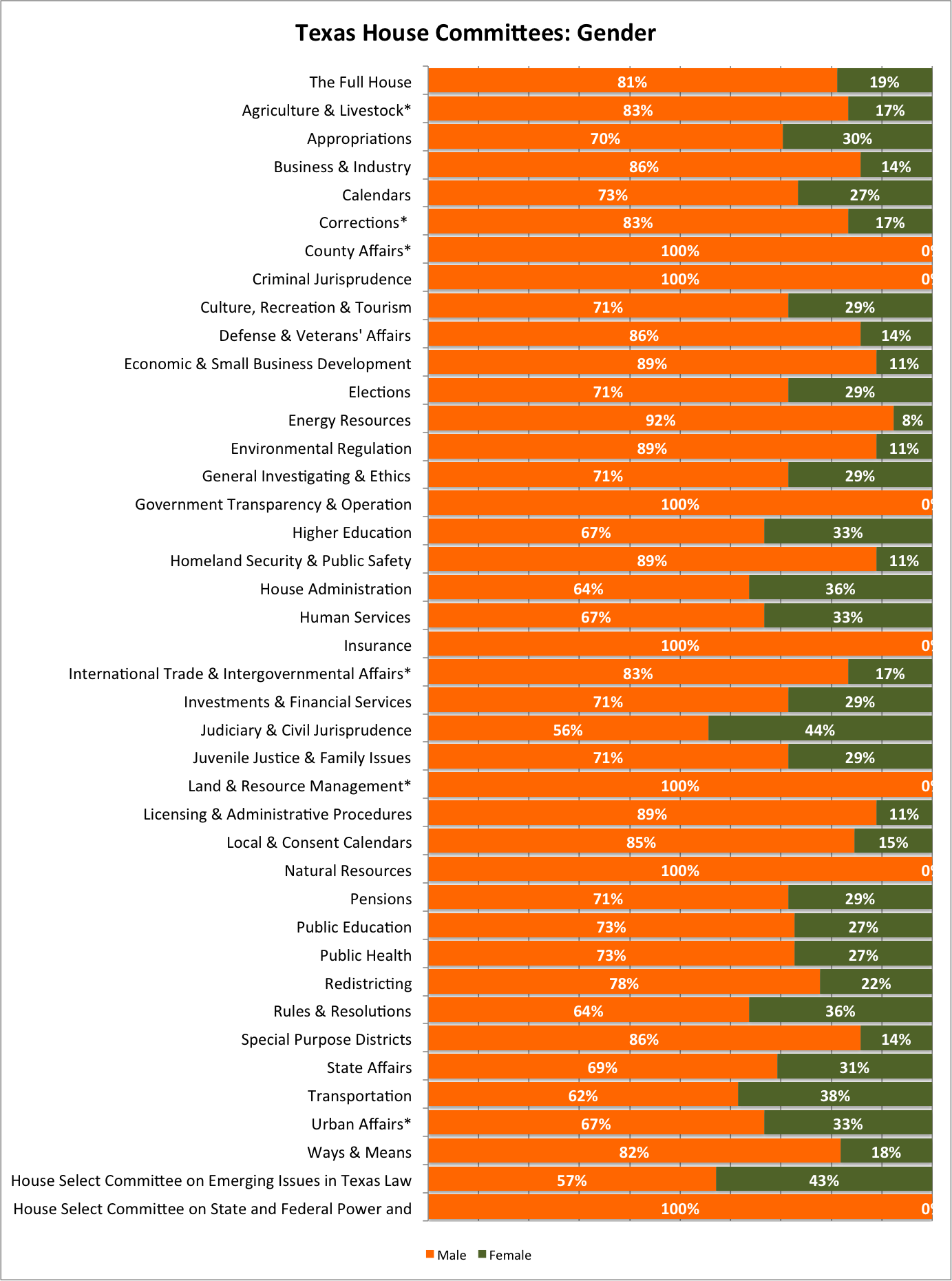