We take a look this week at how the newly formed Senate committees stack up by party ID and by gender. Compared to their overall representation, Democrats are significantly underrepresented on State Affairs, Transportation, Administration and Nominations.

And with eight currently, the number of women Senators is at an all-time high. But they are significantly underrepresented on the Administration, Nominations and Finance committees. And in the most extreme example, there is not a single woman on the Business and Commerce Committee. 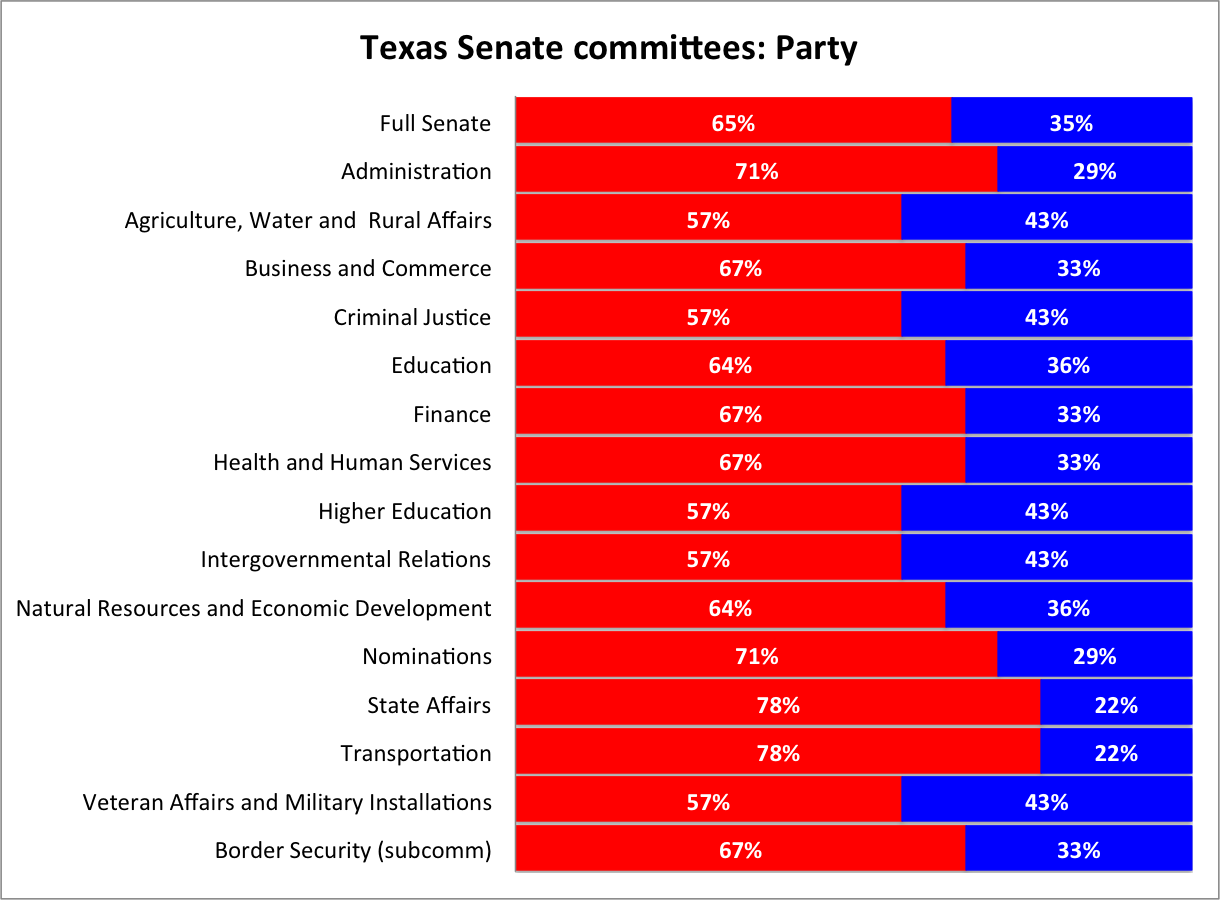 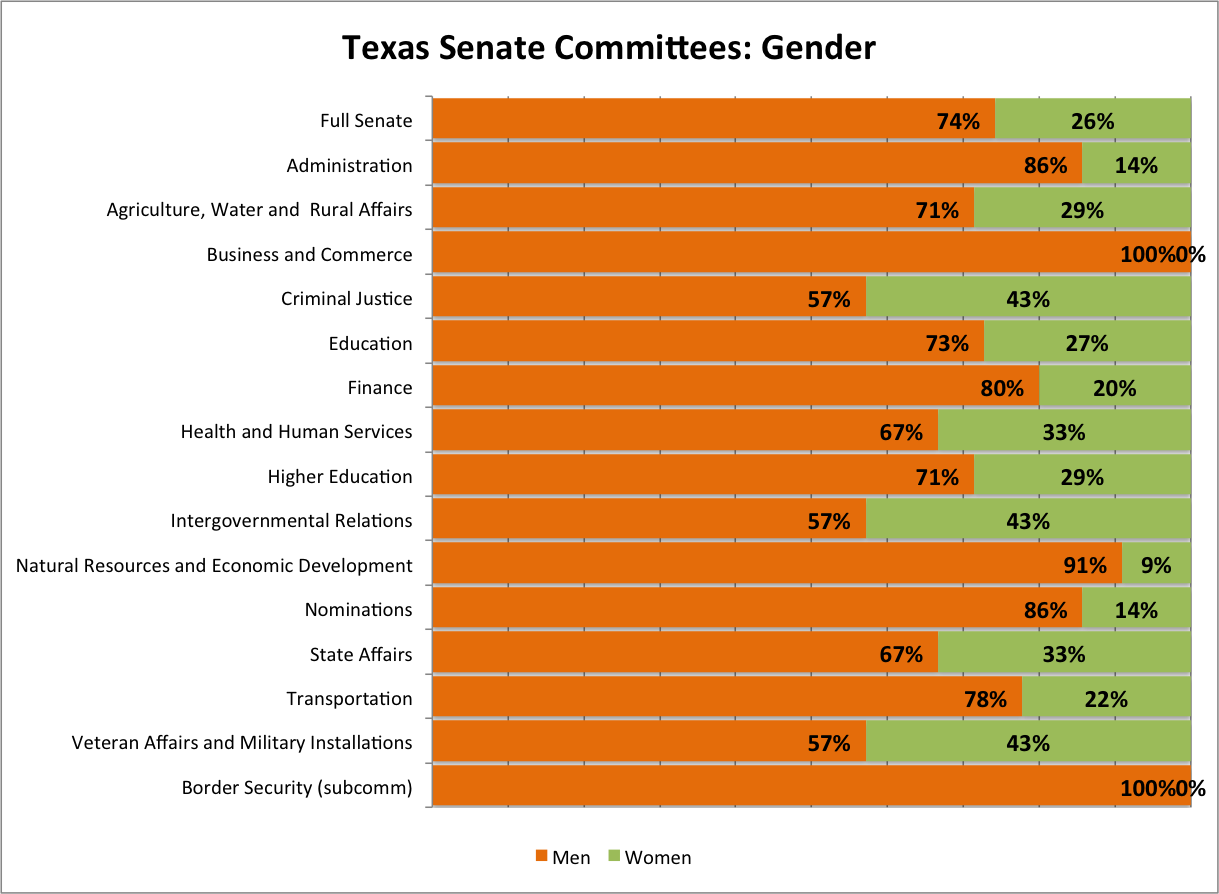