Every four years, a big party is thrown in Austin to celebrate the inauguration of the state's recently elected governor and lieutenant governor. This year, for the first time in a while, neither Rick Perry nor David Dewhurst will be in the spotlight.

As soon as the election results were announced, planning got underway for the inauguration celebrations of Gov.-elect Greg Abbott and Lt. Gov.-elect Dan Patrick.

While the main event is on Tuesday, Jan. 20, it's really a two-day affair. It all starts with the "Young Texans Celebration" on the night of Jan. 19. Pitched as an event for Abbott and Patrick enthusiasts under 40, that celebration will be held at Austin's Moody Theater and feature a performance by the Josh Abbott Band.

The following morning, the soon-to-be-sworn-in state leaders will attend a prayer service at the First Baptist Church in Austin, then make their way to the Capitol grounds for the official inauguration ceremony. That will be followed by a barbecue lunch, catered by Eddie Deen, which previously fed attendees at the inauguration ceremonies for Perry and George W. Bush before him.

That will be followed by a parade through the capital city and, later in the evening, the "Future of Texas Ball," a black-tie affair.

Together, the events are expected to cost approximately $4 million, which is being raised through ticket sales and donations. The Texas Inaugural Committee does not disclose its donors until after the events are over, but a sense of who's been involved in the process can be gleaned from the committee's members. That group includes Walmart heiress Alice Walton, University of Texas System Regent Steve Hicks, conservative mega-donor Tim Dunn and others.

To get a sense of what the celebration's scale, here are some more of the numbers behind the inauguration: 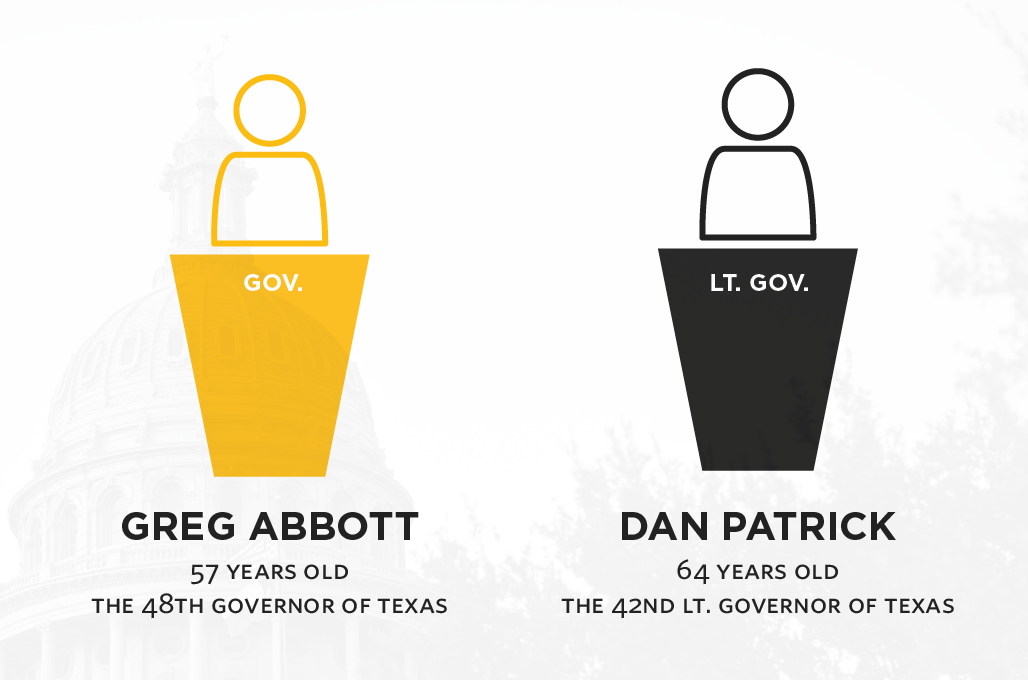 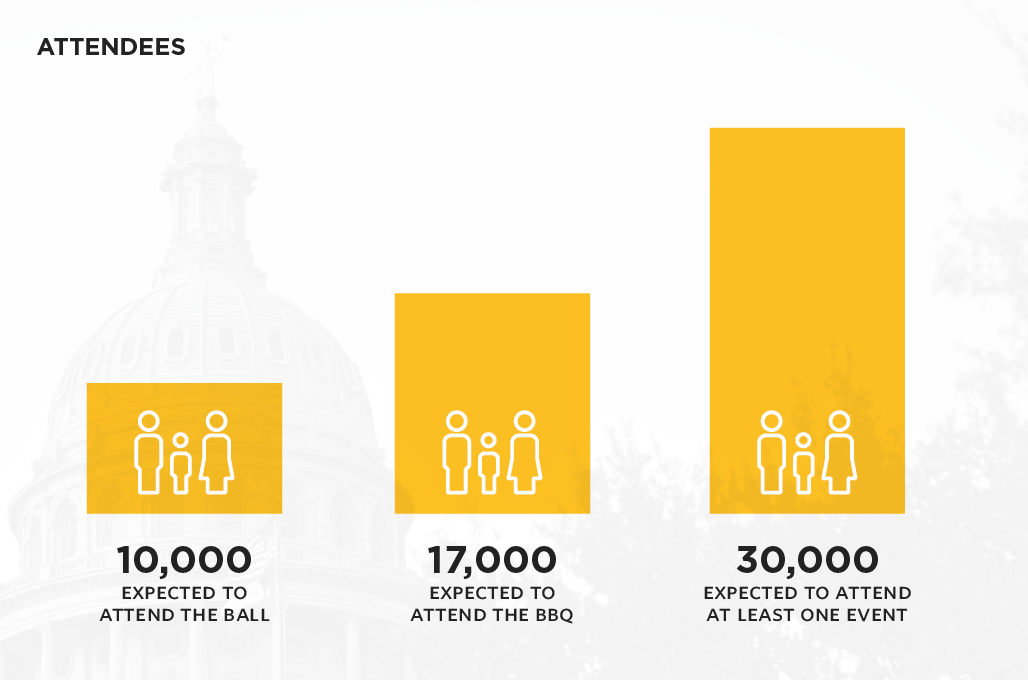 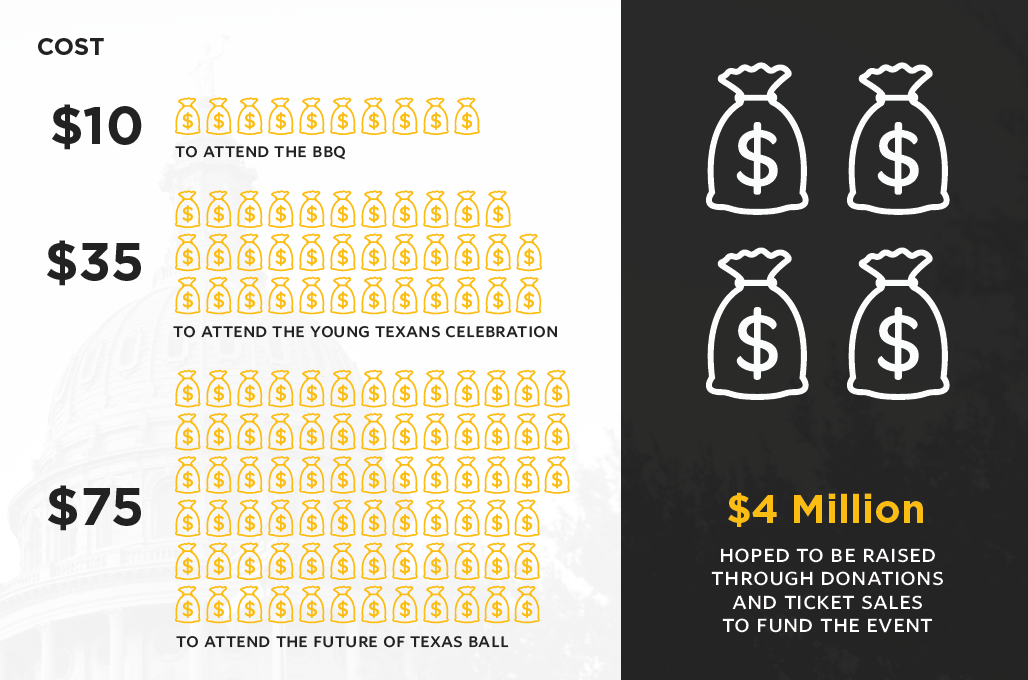 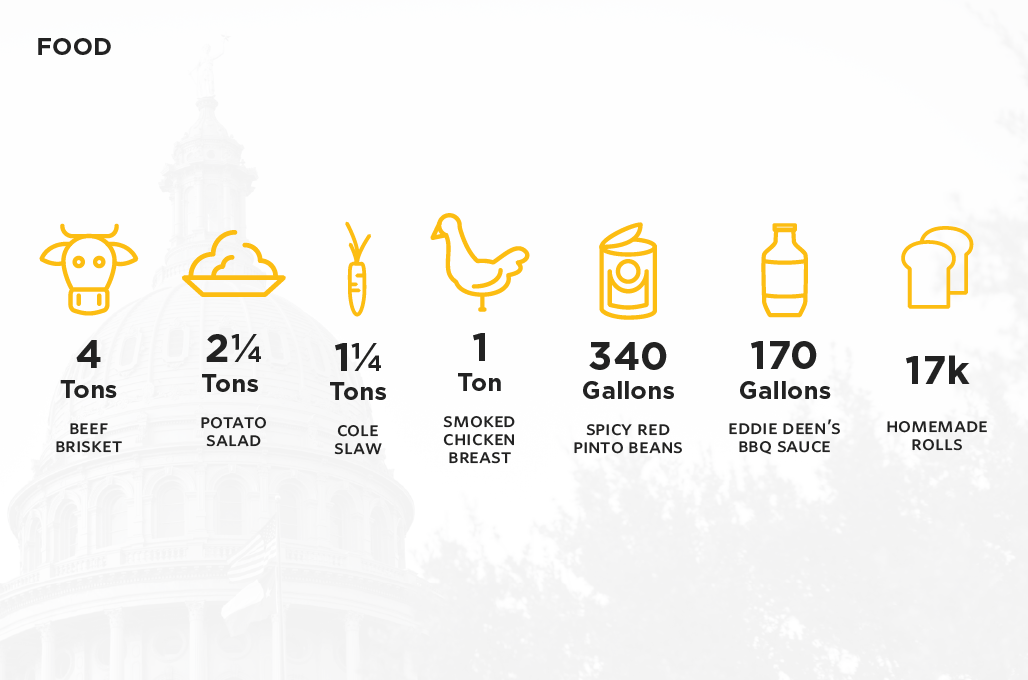 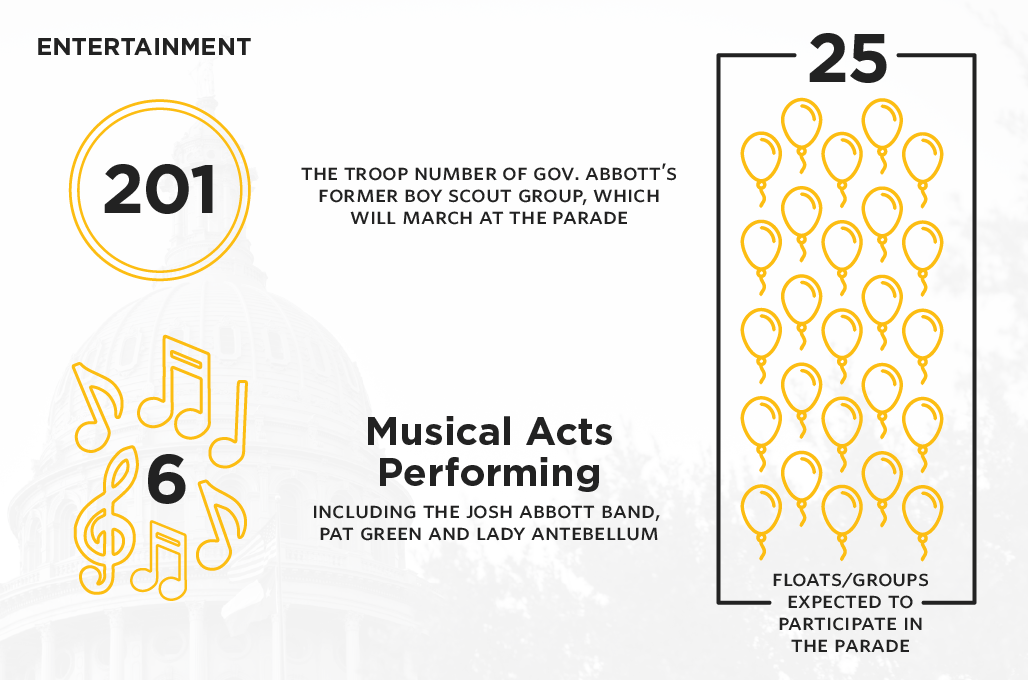