For this final survey of political and governmental insiders before the general election, we asked about the races on our Hot List, and rather than list them for you, we’ll just refer you to the charts. But notice the tie in HD-23 and “don’t knows” in the 30 percent to 40 percent ranges in some other races. Certainty is a relative thing.

• "This is a district where POTUS is upside down by 30 points. However, the GOP has once again failed to do outreach to Latino voters. And that's No Bueno." 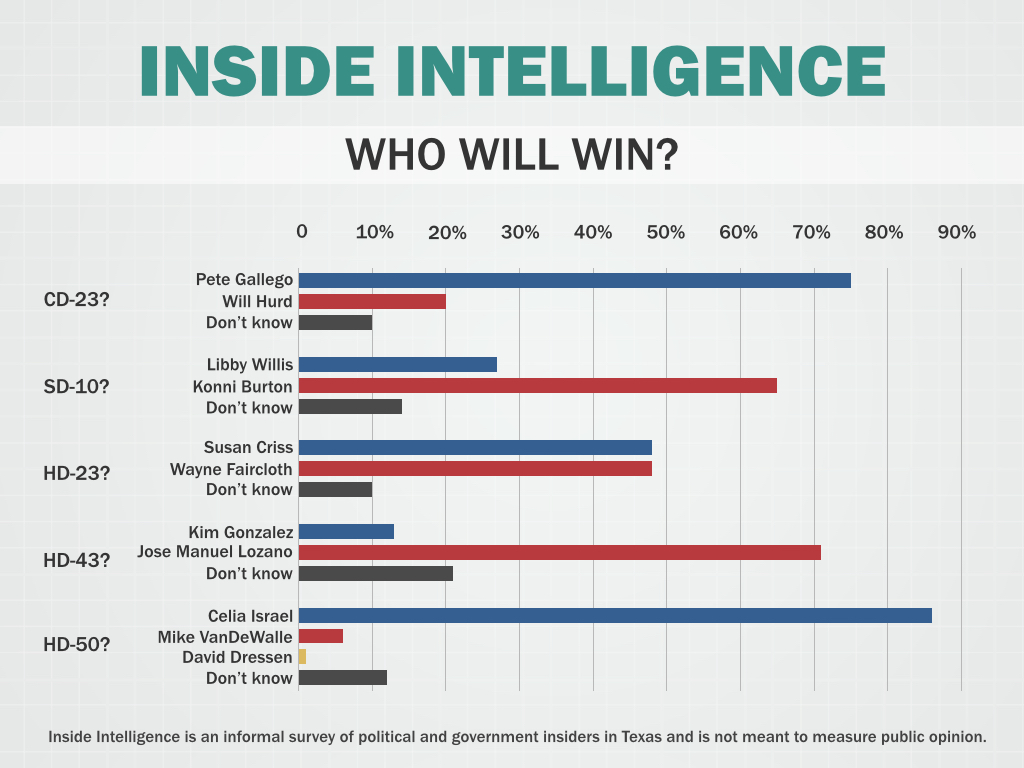 • "Stupid move by NRCC to have Gov. Perry front for Hurd. Perry moves nobody, except negatively."

• "The Democrats need to do some real soul-searching if Will Hurd manages to beat the incumbent, Pete Gallego."

• "Two reasons why Gallego wins. 1 Corvalan takes votes from Hurd, and 2. Gallego works the district, he is in front of the constituency.”

• "Pete has a unique quality to attract crossover voters since they know the man."

• "There are too many angry republicans voting in that county and they'll elect one of their own.”

• "Anyone who has been anointed by Sen. Cruz in Texas this cycle has won. Konni Burton will continue that streak." 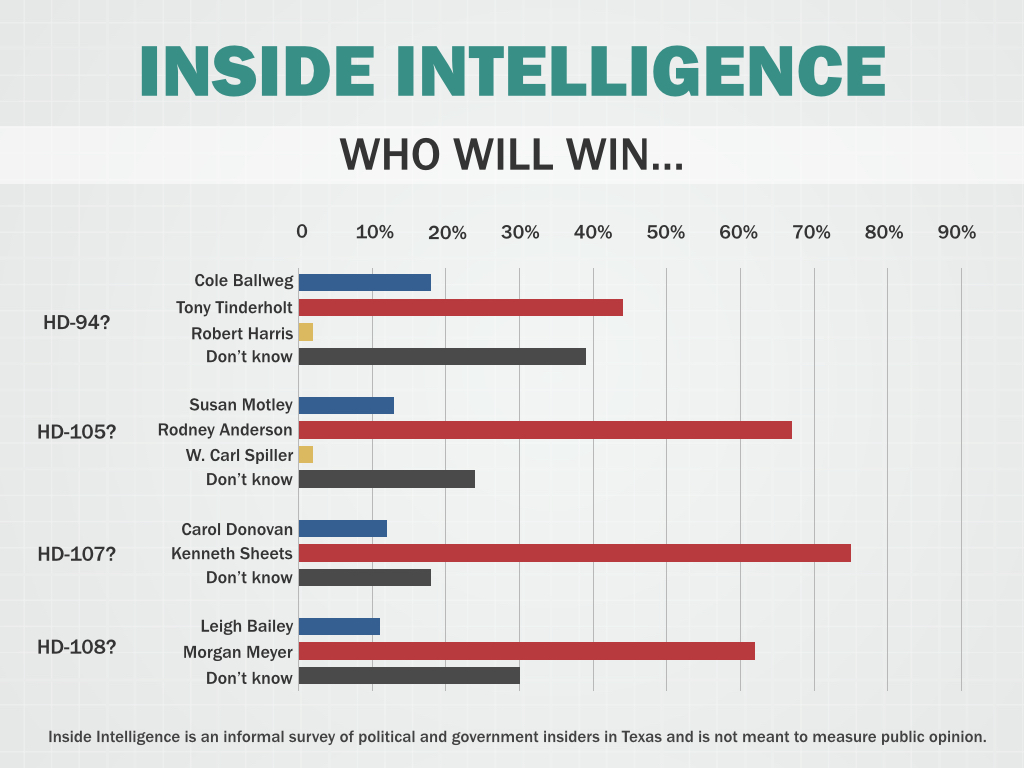 • "The trial lawyers will lose this one, by a close margin.”

• "Everybody loves Raymond and J.M.”

• "Lozano could be in trouble depending on the Valley turn out" 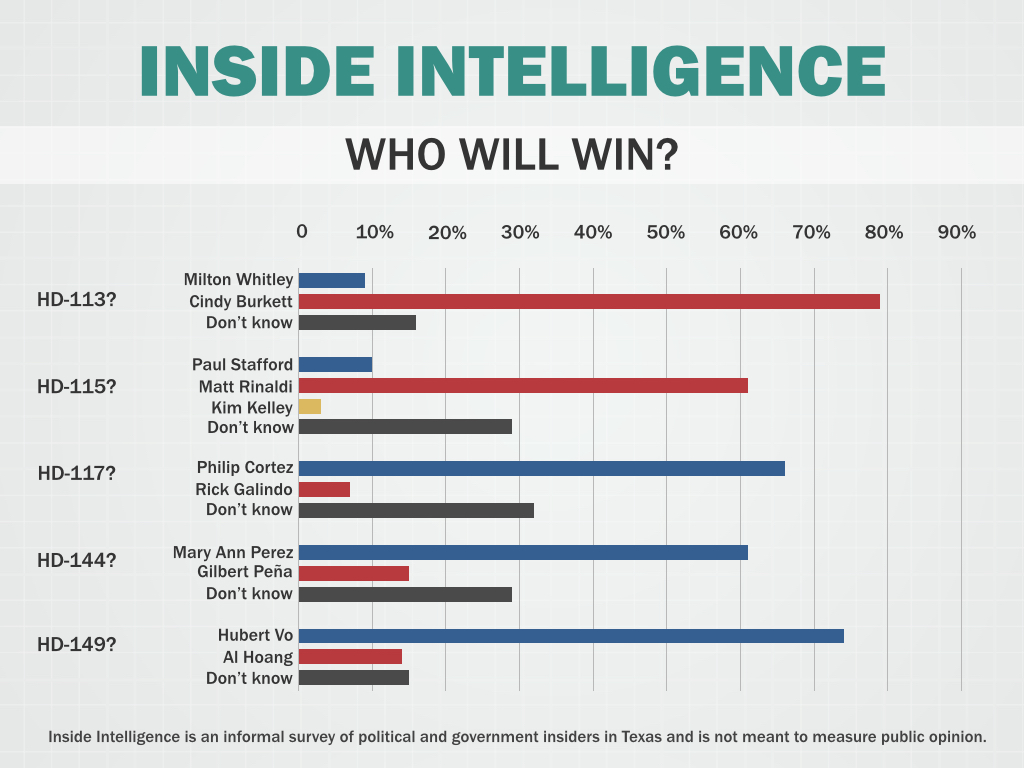 • "As a republican I hope Tinderholt does not win. He is a great example of why we should eliminate straight ticket voting in this state.”

• "The tinderbox will explode before midnight on Election Day"

• "Wish Cole could win this one, but it's crazy Tarrant County. And Tinderholt will find a Metroplex cadre ready to take him in."

• "Not sure anyone works harder than Rodney.”

• "Anderson knocked off Linda Harper-Brown so he had better seal the deal by holding the seat for the Rs."

• "..oops, take that back about Rodney. Not sure anyone works harder than Sheets.”

• "Highland Park? Who cares. Can we trade these two, Dan Branch and a player to be named later for someone else?”

• "With endorsements ranging from KBH to Giuliani, and Bob Rowling fundraisers, how can Meyer lose this one?"

• "Practicing his seconding speech for Turner."

• "Republicans are smart to pick an Asian candidate. But, they need to put more work into that district."