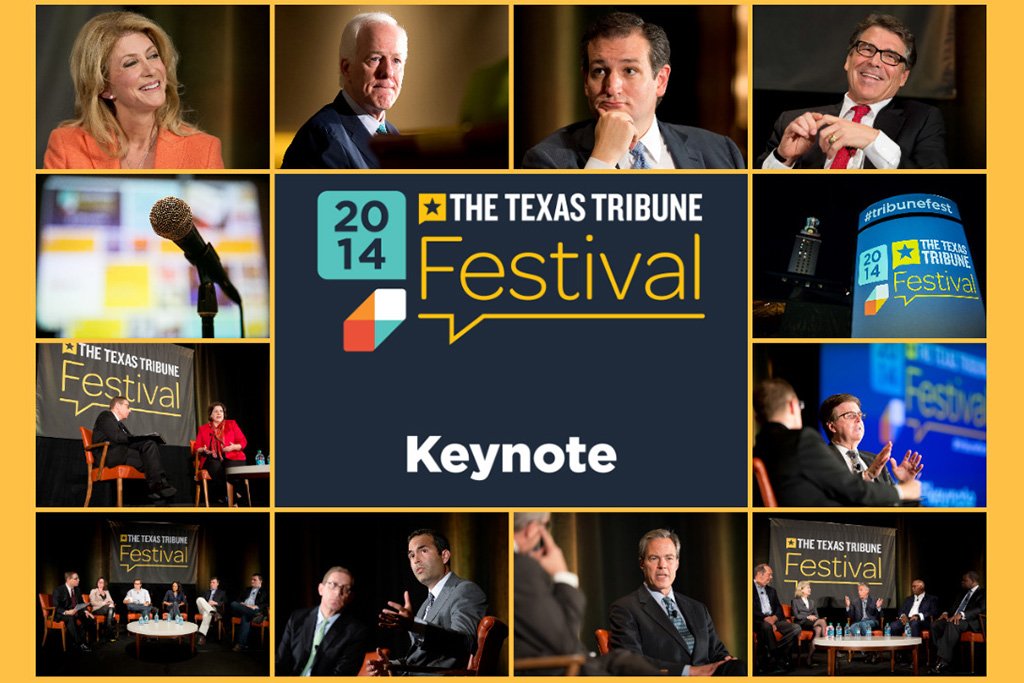 The keynote track at the 2014 Texas Tribune Festival featured interviews with several Texas elected officials and candidates, as well as a pair of panel discussions. Listen to audio of each session here.