DENTON — Debbie Ingram understands the importance of Texas’ oil and gas industry, and she enjoys the look of a lit-up drilling rig rising in the nighttime sky.

But a few months of living about 400 feet from a natural gas well — the source of a cacophony of noises and nauseating fumes that, at times, have overtaken her brick house — prompted her to join hundreds of others pushing back against the industry in this North Texas city.

“I couldn’t sit on the back porch because I couldn’t breathe,” said Ingram, 67, wearing a black T-shirt reading “Frack Free Denton,” the name of the grassroots group spearheading that opposition.

The group could have its moment in November. Voters will decide whether the city will become the state’s first to ban hydraulic fracturing, or fracking — the method of oil and gas extraction that has led to a domestic energy boom. But passage of a ban would probably trigger another fracking fight: a legal clash over a city’s power to regulate for health and safety and the rights of mineral owners to develop their resources. The outcome could reshape Texas law at a time when drilling is causing tension in some of its urban areas.

“It’s going to be one of those first-time tests, and I don’t think there’s a clear answer out there in Texas law,” said Jim Bradbury, a Fort Worth-based lawyer who focuses on environmental and energy issues.

The Denton measure would not prohibit drilling outright; it would apply only to fracking, which involves blasting apart rock with millions of gallons of chemical-laced water hauled in by trucks. After gathering nearly 2,000 signatures on a petition calling for a ban on fracking, opponents forced the City Council to vote on it. Council members rejected the proposal last week, leaving the decision to voters.

Denton, a city of 121,000 with more than 270 gas wells scattered among its neighborhoods, is one of several cities that has tried to ban fracking. That includes towns in New York, whose highest court last month upheld local ordinances banning the practice. The state of Colorado has sued its cities that have banned fracking and is pushing back against ballot measures that would toughen regulations. The prospect of such a ban in Texas — a leading oil and natural gas producer — has put Denton in a bright spotlight, rankling industry leaders and the state’s Republican leadership.

“If one community after another continues to say ‘Not in my backyard,’ then before long, a tsunami of exclusion will jeopardize our freedom as a country,” said Chris Faulkner, the chief executive of Breitling Energy in Dallas, one of many industry representatives who spoke at City Hall before the Council’s vote.

In a letter to the City Council this month, Barry T. Smitherman, chairman of the Railroad Commission of Texas — the state’s oil and gas regulator — praised the energy industry’s multibillion-dollar impact on the Texas economy and its schools, and said a Denton fracking ban could embolden opponents across the state. 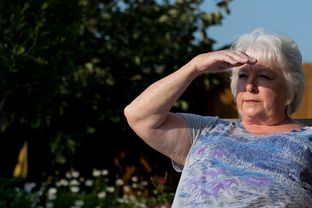 Enlargephoto by Cooper Neill
Debbie Ingram in her backyard, which is just a few hundred feet from a gas well that was last fracked in March.

“If other cities were to follow your lead, then we could potentially, one day, see a ban on drilling within all cities in Texas,” he wrote. “If that were to happen, I believe that our country, our state, its citizens and its school children would be severely harmed.”

Proponents of the ban called the measure a last-ditch effort to address noise and toxic fumes that spew from wells just beyond their backyards, after loopholes and previous zoning decisions have rendered unenforceable changes to the city’s drilling ordinance, including a 1,200-foot setback from homes, schools and other structures. Opponents argue that the move would effectively halt all drilling inside Denton, costing mineral owners and the local economy millions of dollars and exposing the city to expensive litigation.

Passage of the ban would almost certainly spur litigation, with energy companies and royalty owners arguing that state drilling regulations supersede Denton’s and that the city was confiscating mineral property.

Those claimants could include the state, which owns minerals within Denton’s corporate limits. Jerry Patterson, Texas' outgoing land commissioner, warned in a letter last week that the state would “pursue any available remedy to ensure the right to develop” those minerals.

George P. Bush, the Republican nominee in this year's election to succeed Patterson, said he supported that stance. “We don't need a patchwork approach to drilling regulations across the state,” he said. But John Cook, Bush's Democratic opponent, disagreed, saying that “local communities need to have a say” in quality-of-life issues.

Though Texas courts have occasionally considered cities’ drilling regulations, they have yet to see a case of such size and scope, legal experts say.

Texas law says the state intends its mineral resources to be “fully and effectively exploited,” but courts have said the power is not absolute. The Railroad Commission has jurisdiction over all oil and gas wells in the state, with authority to adopt “all necessary rules for governing and regulating persons and their operations.” Local governments have the right to impose reasonable health and safety restrictions, and the Legislature has granted most Texas cities, including Denton, the power to “regulate exploration and development of mineral interests.”

The state has long regulated most aspects of drilling, including well integrity, pipeline safety, and air and water impact, while cities have typically controlled noise and authorized the location of wells or related facilities like compressor stations. Now, a key question is where fracking falls in that spectrum.

Tom Phillips, chief justice of the Texas Supreme Court from 1988 to 2004, said he would expect courts to side with the energy industry — by ruling that the ban unconstitutionally supersedes state law or that it makes gas beneath the city too difficult to tap and amounts to a taking.

Phillips, now a lawyer with the firm of Baker Botts, who was asked to review the proposal for the Texas Oil and Gas Association, said state law gave cities less stringent options for protecting health and safety at well sites, and that Denton “can’t just say no” to fracking.

Other legal experts acknowledge that state high courts tend to favor oil and gas interests, but say that Denton could make a compelling argument that a fracking ban would not wipe out all options to drill.

“To say that this is a slam dunk, it’s a taking, I think that’s painting with an overly broad brush,” said Terrence Welch, a lawyer who has helped write drilling ordinances in several Texas cities. “The property — the mineral estate isn’t left valueless. You can drill, but you just can’t frack.”

Bradbury, the Fort Worth lawyer, agreed and noted that new technology has enabled drillers to reach resources thousands of feet away at various angles. He suggested that some companies might reach Denton’s gas from outside city limits.

Sitting in a living room that has been quiet during a temporary “standstill agreement” between Denton and EagleRidge, the company that has fracked the well near her home, Ingram said she doubted a ban would cripple the industry.

“You can’t take gas and oil out of Texas,” she said, “because that’s what Texas is.”