State Sen. Dan Patrick of Houston won the Republican nomination for lieutenant governor with 65 percent of the votes cast in last night's runoff election, but he earned votes from only 3.5 percent of registered Texas voters, according to the secretary of state. 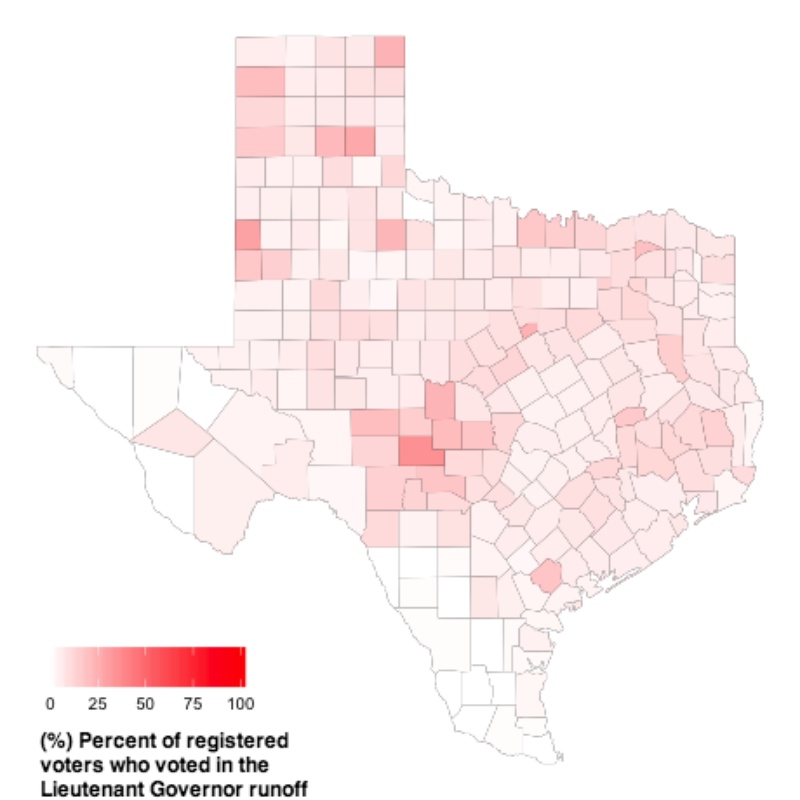 In the Democratic primary for U.S. Senate, the 145,000 voters who nominated David Alameel of Dallas represented just 1 percent of the people who can vote in Texas. 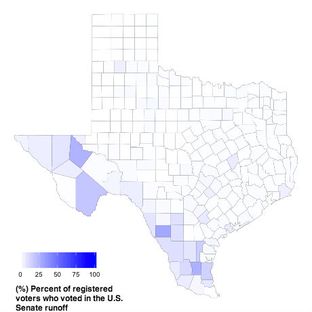 Overall, the combined statewide turnout in Tuesday's runoffs was 951,461 — lower than the March 4 primary number of 1.8 million, and the 1.3 million turnout in the last primary runoffs in July 2012. Texas has 13.6 million registered voters, according to the secretary of state.