For this last Inside Intelligence before the primary, we asked the insiders whether endorsements by Gov. Rick Perry, U.S. Sen. Ted Cruz and state Sen. Wendy Davis would help or hurt candidates in their respective primaries.

We also asked an open question — prompting the insiders to predict some surprises in next Tuesday’s results. You can see a full set of their comments on that and other questions in the attachment. Here’s a sampling: 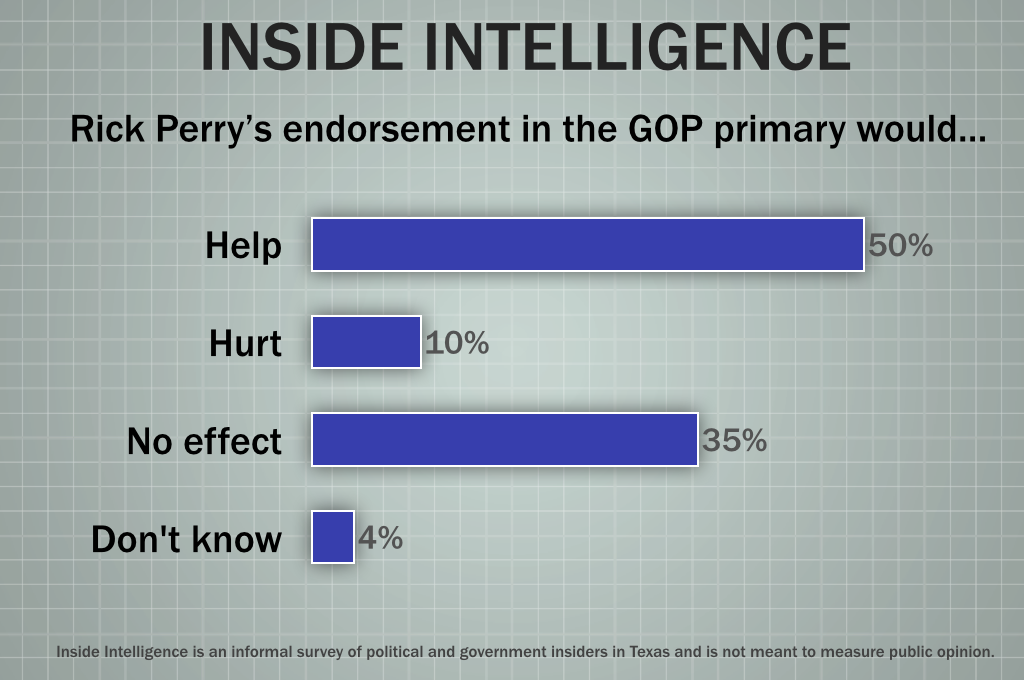 Would a Rick Perry endorsement help or hurt a Republican candidate in the primary?

• "A Governor's endorsement helps even if it's just for the press event."

• "Many local County officials are angry with Perry over a variety of issues. Their endorsement would be more important than his."

• "Perry still carries some clout among Rs in Texas. In a primary, a Perry endorsement has weight."

• "Governor Perry is the face of Republican politics in Texas. If he were running again, he would be re-elected. In a landslide." 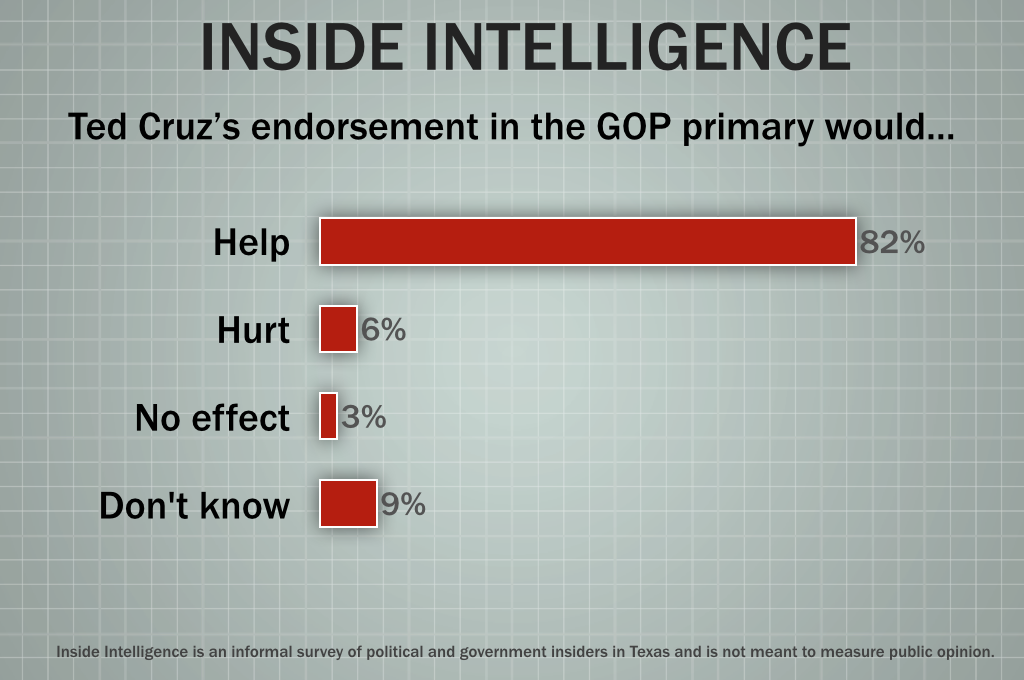 Would a Ted Cruz endorsement help or hurt a Republican candidate in the primary?

• "Tougher question. It might help in specific areas/communities and/or races. Like or dislike him and his politics, he has an amazing following."

• "Premier endorsement. There is no place in the state where a Cruz endorsement doesn't provide a boost."

• "It unquestionably helps in a primary and probably scares moderates or independents away in the general."

• "Cruz's blessing is also a curse. It's arousing to both sides." 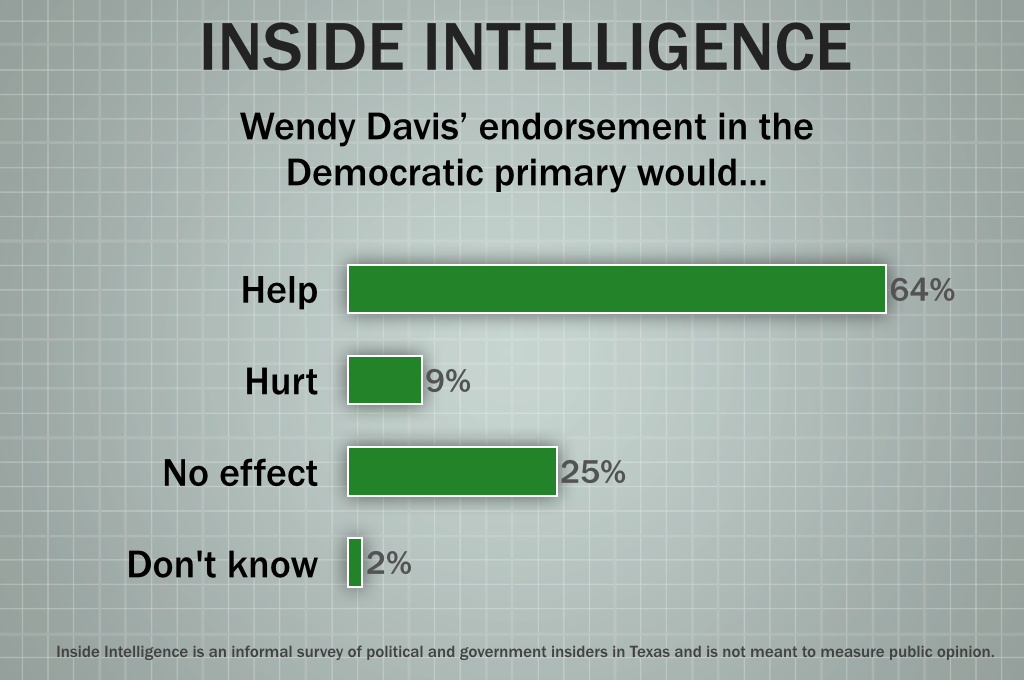 Would a Wendy Davis endorsement help or hurt a Democratic candidate in the primary?

• "She helps, but her help and six bucks will get you a venti non-fat soy latte at Starbucks."

• "Again, it matters where in the state. Dems in urban areas would benefit significantly from her endorsement but any one in a swing or conservative race would not."

• "Are the Democrats actually having contested primaries??"

• "Statewide candidates and urban counties, likely to help. But I suspect whatever democrat candidates are left in rural Texas want to stay away from her like all Texas Democrats are staying away from Obama."

Make a prediction: What do you think will be the biggest surprise in the primary election results?

• "A Huffines upset of Carona"

• "Patterson in the runoff."

• "The winner of the US Senate primary for the Democrats; it's a crap shoot, one week out."

• "Paxton within single digits of Branch--and beats him in runoff."

• "J.D. Sheffield and Jim Keffer both go down."

• "Harvey Hilderbran. Seriously! The guy every insider thought was crazy to run is proving that we are the crazies."

• "Supreme Court races will be very close and there may be an upset."

• "Carona will be defeated and Staples will make the Lt. Governor run-off with Dewhurst."