As the federal government was shutting down, we asked the insiders about the political ramifications, starting with the blame game. Three out of four insiders agree that voters will blame Republicans for the trouble. And the Republicans won’t get one of the things they were hoping for, if the insiders are right: 59 percent said the shutdown will not focus voter attention on federal health care.

The general elections are a year away, but 83 percent of the insiders expect the federal health care law to be a major political issue in November 2014.

Finally, we asked which party’s candidate will reap the biggest benefit in next year’s elections if the federal health care law goes into effect without delay; about half of the insiders thing the Democrats will get the win, and 35 percent think the Republicans will benefit most.

The respondents had a lot to say on the subject and a full set of their verbatim remarks is attached. Here’s a sampling: 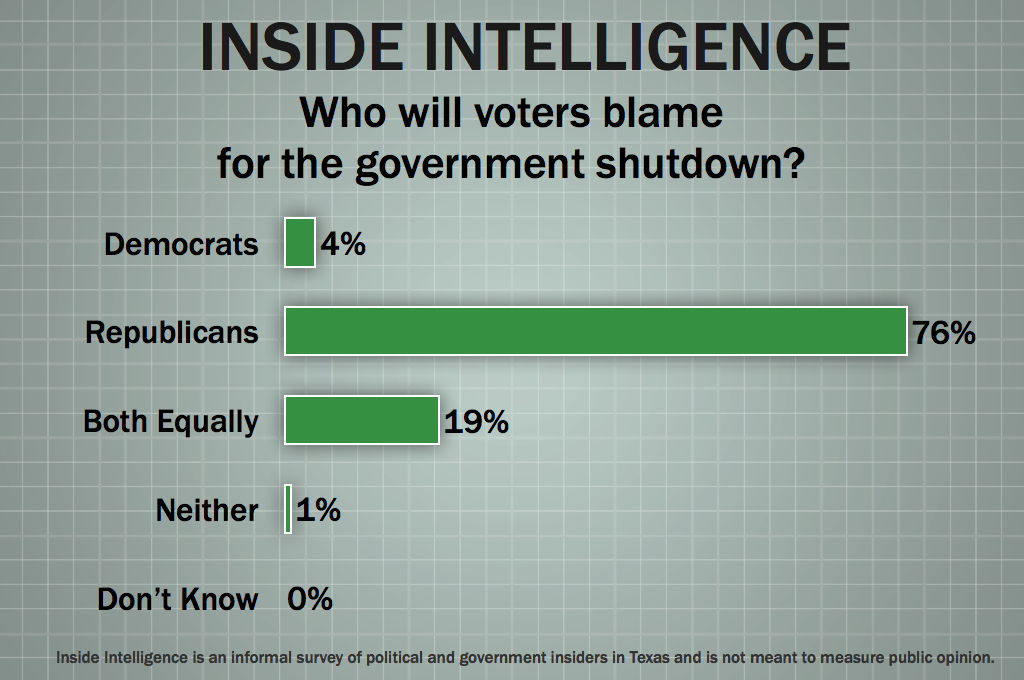 Which party will voters blame for the federal government shutdown?

• "People want to have elections respected & they expect negotiation to solve problems."

• "While there's plenty of blame to go around, the media will focus only the role of Republicans."

• "The public is so weary of the Washington blame game the attempt by each party to blame the other will fall on deaf ears."

• "The shutdown is a manufactured crisis by the House Majority. Culberson was quoted as saying he is 'excited' about shutting it down. The Rs want the 'blame'."

• "This government shutdown is speeding up the exodus from the Republican party that include Young Republicans, Latino Republicans, and Reagan Democrats. Good Luck, Wackos."

• "This is a partisan divide issue and we are at a stalemate.  Each side will blame the other and folks will follow depending on the way they lean.  No Republican will look at the shutdown and say, gee, my guys are to blame here and no Democrat will say, golly, I wish the Democrats would have at least met with the GOP.  Everyone is dug in."

• "Really, you even have to ask this question.  Obama says I don't have to compromise?  How arrogant is that.  Reid will not appoint negotiators to a join committee on budget issues?  I would say that means they are to blame." 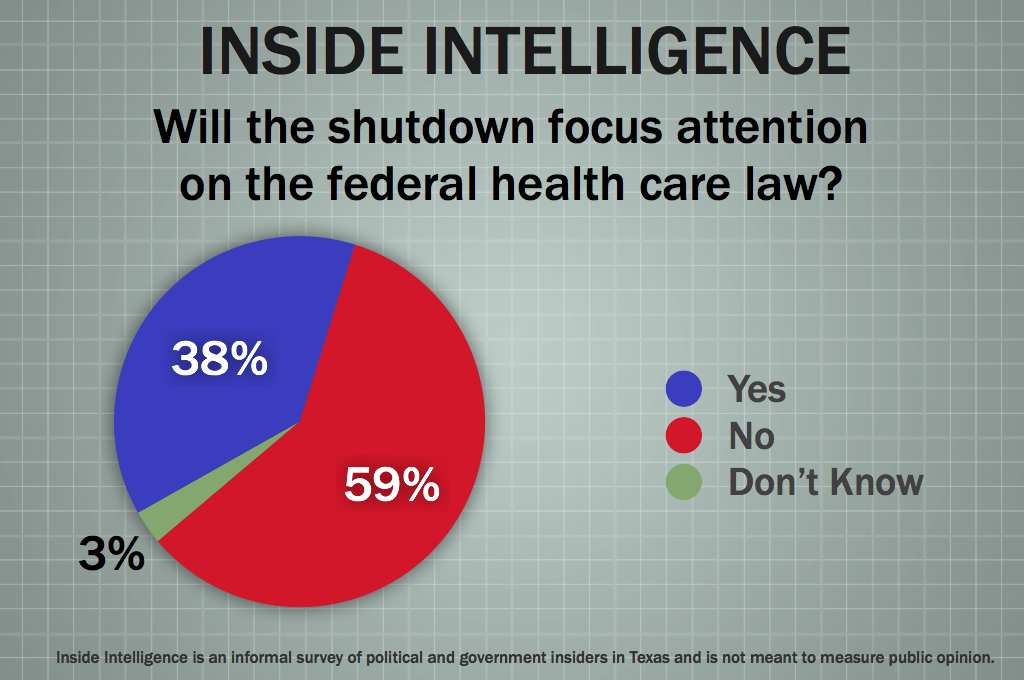 Does the shutdown accomplish the goal of focusing voter attention on federal health care?

• "What conventional pundits are missing is that there will be a huge impatience and then anger at how poorly the ACA is being administered. All of this will work far better for Republicans, whether they 'win' or 'lose' the short term battle."

• "As I type this response the news is reporting on WWII veterans breaking into their own shuttered memorial. How many days of stories like this before the public loses focus on the underlying reasons for the shutdown?"

• "No. It puts the focus on a dysfunctional group of people who would rather cut off income for their employees than get in a room and work it out.  Can you imagine if businesses operated like this? And let's not forget this was a temporary budget, not even the real thing."

• "It really focuses attention on how the Tea Party is destroying the Republican Party and how gutless main stream Republicans are in standing up to the Tea Party."

• "Yes, but not in the way Republicans will have wanted. When the ACA is in place, hardliner Rs will lose some credibility in all but the most conservative areas because they have overplayed how bad it will be."

• "The only goal it accomplishes is to highlight the 'broken-ness' of Washington." 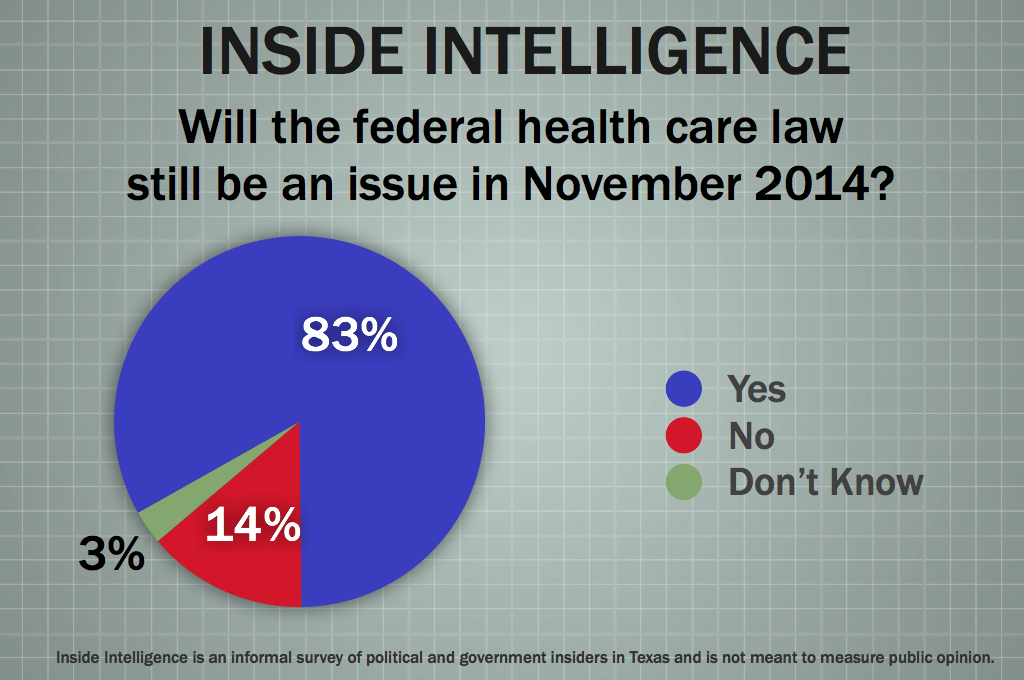 Do you think the Affordable Care Act will still be a major political issue before the November 2014 elections?

• "Without question. This is a much larger albatross for Democrats as it plays out than anyone, perhaps even including Ted Cruz himself, presently understands."

• "I suspect it will be a major positive issue for Dems in that election.  Obama should not have screwed with it, and that is hurting, but the marketplaces are online and millions of people will be acquiring health insurance for the first time ... and seeing the difference it makes to their lives.  If the Republican post-2010 congressional and legislative redistricting effort hadn't been so effective - and ours so ineffective - we would use their opposition to ACA to toss a bunch Republicans out of office in 2014, but those districts are just too damned tight for us to win back the house for a while."

• "The fight about Obamacare will define domestic policy in national races for the remainder of the decade."

• "Yes, but by that point, the story will be how well or how bad the implementation and roll out has gone."

• "If only to fire up partisans on both sides of the issue."

• "About all the Republicans can talk about these days."

• "Ted and Co. will not let this financial albatross be forgotten" 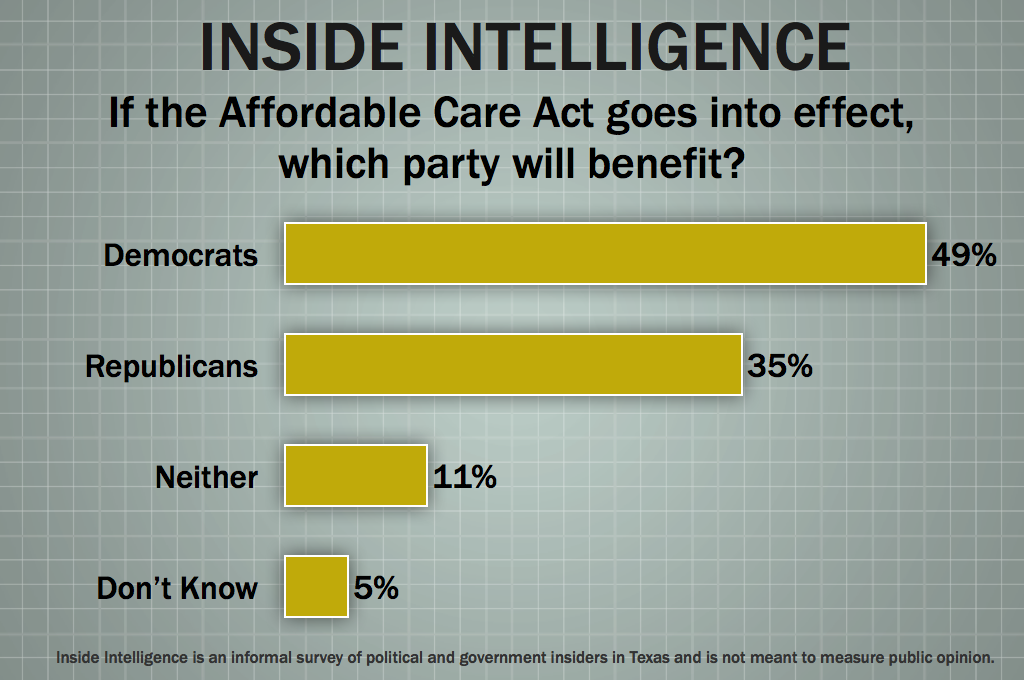 Assuming the Affordable Care Act goes into effect without delay, which party's candidates will reap the biggest benefit in the 2014 elections?

• "It depends on how well it is implemented."

• "Flawed question, the ACA's full implementation is already hindered by various delays of certain provisions irrespective of what's happening with the funding shutdown.  Still, as premiums rise and people realize ACA is not all it was promised, scalps will be collected in 2014, starting with those who voted for it in late 2009 and early 2010."

• "I depends on whether the D's can deliver lower premiums and more access to health care.  Frankly, I am skeptical."

• "From college kids being able to stay on their parents' insurance to the prescription drug savings, Obamacare is working. A majority already opposes defunding. That number will grow as more people benefit."

• "The reason Republicans are fighting so hard (and they've said as much), is once the ACA goes into effect, people will like it."

• "Depends on how implementation goes and if the law really works.  If it does people will start enjoying the benefit just like social security."