Wallace Jefferson is leaving his post as chief justice of the Texas Supreme Court, prompting us to ask the insiders about the who ought to replace him and about the high court in general.

Justice Nathan Hecht, the longest-serving member of the court, got the most support for Jefferson’s job, followed by Justices Don Willett and Eva Guzman. About one in five insiders said the new chief justice should come from outside the court.

Jefferson has said the state should replace partisan judicial elections with a merit selection system, and 69 percent of the insiders agree. They were split right down the middle on an idea on which Jefferson has taken no public position — combining the Texas Supreme Court and the Texas Court of Criminal Appeals into one high court, like most states have.

Finally, 73 percent of the insiders agreed with Jefferson’s idea of studying the criminal justice system for an overhaul to try to cut the number of wrongful convictions.

We collected comments along the way and a full set of them is attached. A sampling follows: 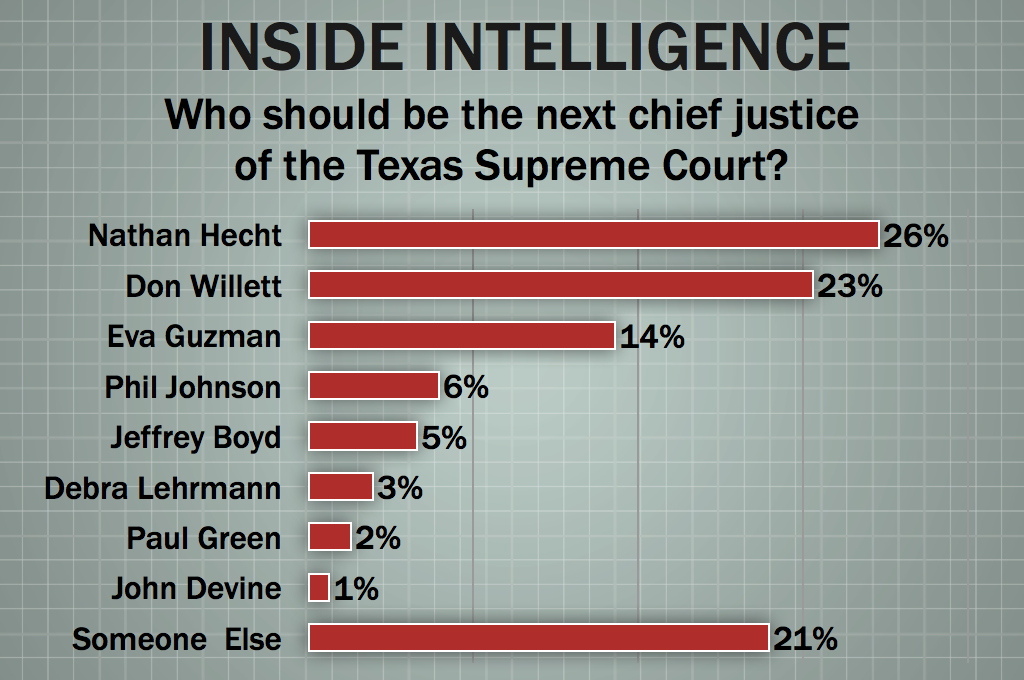 Who should Gov. Rick Perry select to head the Texas Supreme Court now that Chief Justice Wallace Jefferson is resigning?

• "Remove politics and ideology away from the decision, and appoint someone who has experience and knowledge; not an agenda, or a Twitter account."

• "Hecht is the intellectual leader of the post-'Justice for Sale Texas'."

• "Appointing Willett as Chief would ensure the court maintains a conservative focus. However, Willett may not want to run twice in row, so the Governor may want to consider Jeff Boyd."

• "Heck, only Hecht, Green and Devine were not appointed by Perry. Appoint Hecht, the most senior Justice." 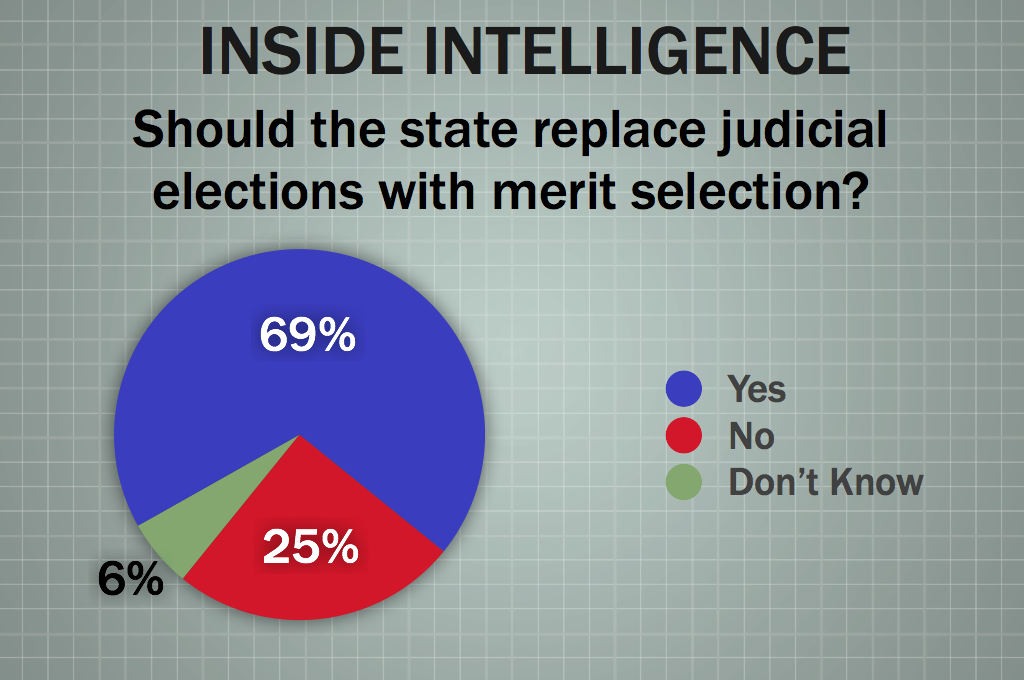 Chief Justice Wallace Jefferson has argued for merit selection of judges instead of partisan elections. Is that a good idea?

• "Not for Texas-- the populace doesn't want a small group of insiders dictating who does the judging. If such a good idea, do a trial of such in Travis County where all of the administrative appeals occur for about a decade."

• "Since at least the mid-1980's, a bill has been filed nearly each session on this issue; safe bet is that 9 out of 10 contributors is an attorney/firm with business before the court(s). Perception is reality."

• "A better idea would be to prohibit individuals and parties who have active (or recent) claims before the court from contributing money to judges races... duh."

• "I think we should have merit selection of voters instead."

• "Merit selection by who?"

• "'Merit' means that politics disrupts the people's choices. Look what happened in Iowa. Merit selection is a FAILED idea."

• "There is no such thing as 'merit selection' of judges. There are partisan elections and partisan appointments. Electing judges is not a particularly good system for getting the best people on the bench, but states that appoint judges -- either by executive, legislative nomination, commission, or whatever, do not do better -- selection by patronage is what usually results." 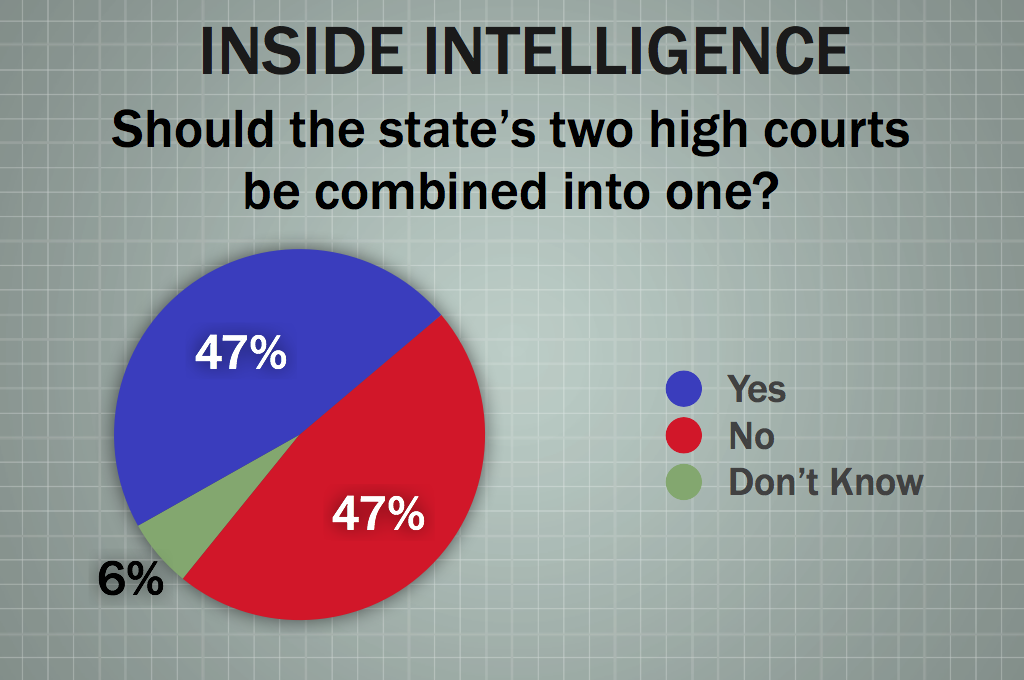 Should the state’s two high courts — for civil and criminal cases — be combined into one Supreme Court?"

• "It may be antiquated but I like keeping them separate. It keeps each court focused on its role and makes the judges more accountable."

• "Despite Judge Keller, the CCA opinions are more considered as to criminal law. The civil lawyers serving as judges on the Courts of Appeals have shown a lack of criminal law understanding."

• "Maybe if the justices were appointed instead of elected, but until that changes, NO. Unless you see a dentist for your heart disease and a plumber for your electrical problems--because that's the equivalent of having justices who have only practiced civil law doling out criminal law decisions. /shudder/"

• "The specialization of lawyers is too overwhelming. Rare is a civil lawyer who knows anything about criminal law and vice versa." 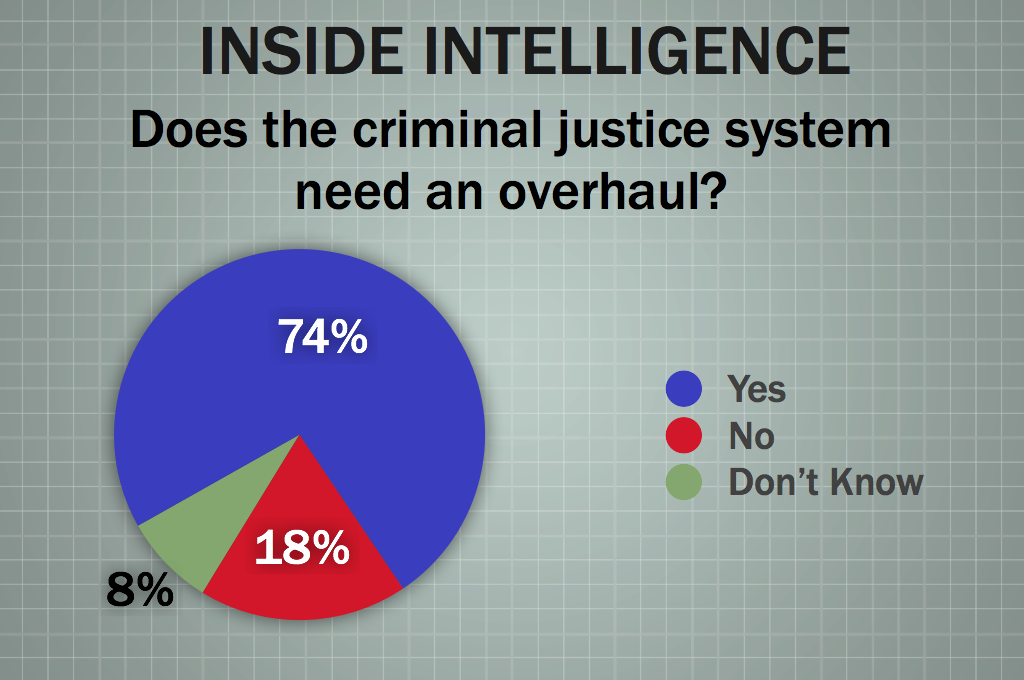 Chief Justice Wallace Jefferson said the state should consider overhauling its criminal justice system because of numerous cases of wrongful convictions. Is that necessary?

• "I think DNA should be used wherever possible to keep the innocent people out of jail and release those wrongfully convicted. I don't know if that would be considered an 'overhaul' but I would support it."

• "The burden of proof is beyond a reasonable doubt, not beyond all doubt. There are no more wrongful convictions now than in the past. Now, however, there are a lot of carpetbaggers out to do away with the death penalty and use a few sloppy convictions to bolster their arguments."

• "New evidence and improved scientific abilities don't signal a broken system. It's a good sign that the current system is flexible enough to improve itself."

• "Seems like the system is working if we're learning about the convictions-the appeals process is working. Maybe instead we should look into local prosecutors and their methods."