The summer pivot — that switch from legislative action to political action — is a little late this year, but it’s upon us.

Campaign finance reports are revealed next week, offering a first chance to size up some of the candidates aiming at the March primaries next year.

Some have started the bragging cycle: Attorney General Greg Abbott is adding $4.8 million to his already fat treasury for the governor’s race; state Rep. Dan Branch, R-Dallas, will have $4 million in his account towards a race for attorney general; the newest Supreme Court justice, Jeff Boyd, raised $450,000.

The governor answered the first question about his future this week and released the pressure valve on everything else. Abbott will announce on Sunday in San Antonio (same city, different location than the governor chose for his revelation). Tom Pauken held a Capitol news conference this week. Railroad Commissioner Barry Smitherman filed papers with the Texas Ethics Commission confirming he’ll run for attorney general against Branch and, perhaps, state Sen. Ken Paxton, R-McKinney.

Monday is the campaign finance report deadline and the numbers should come into public view as next week plays out.

And if all goes as planned, the Legislature will be leaving as the subject turns to politics. This was supposed to happen after the Father’s Day veto deadline that followed the regular session, but everyone was busy with the first and then the second special session.

One other bit of political news, from the federal courthouse in San Antonio. The latest round of redistricting briefs are due, and this is the set that will confirm what everyone already suspected: The litigation over the state’s political maps is not ending — it’s just entering a new phase.

This is the last Texas Weekly of July; our annual summer break will last two weeks and we’ll be back in August.

Here’s the latest version of our weekly sounding on statewide races, still without any Democratic contenders showing their heads: 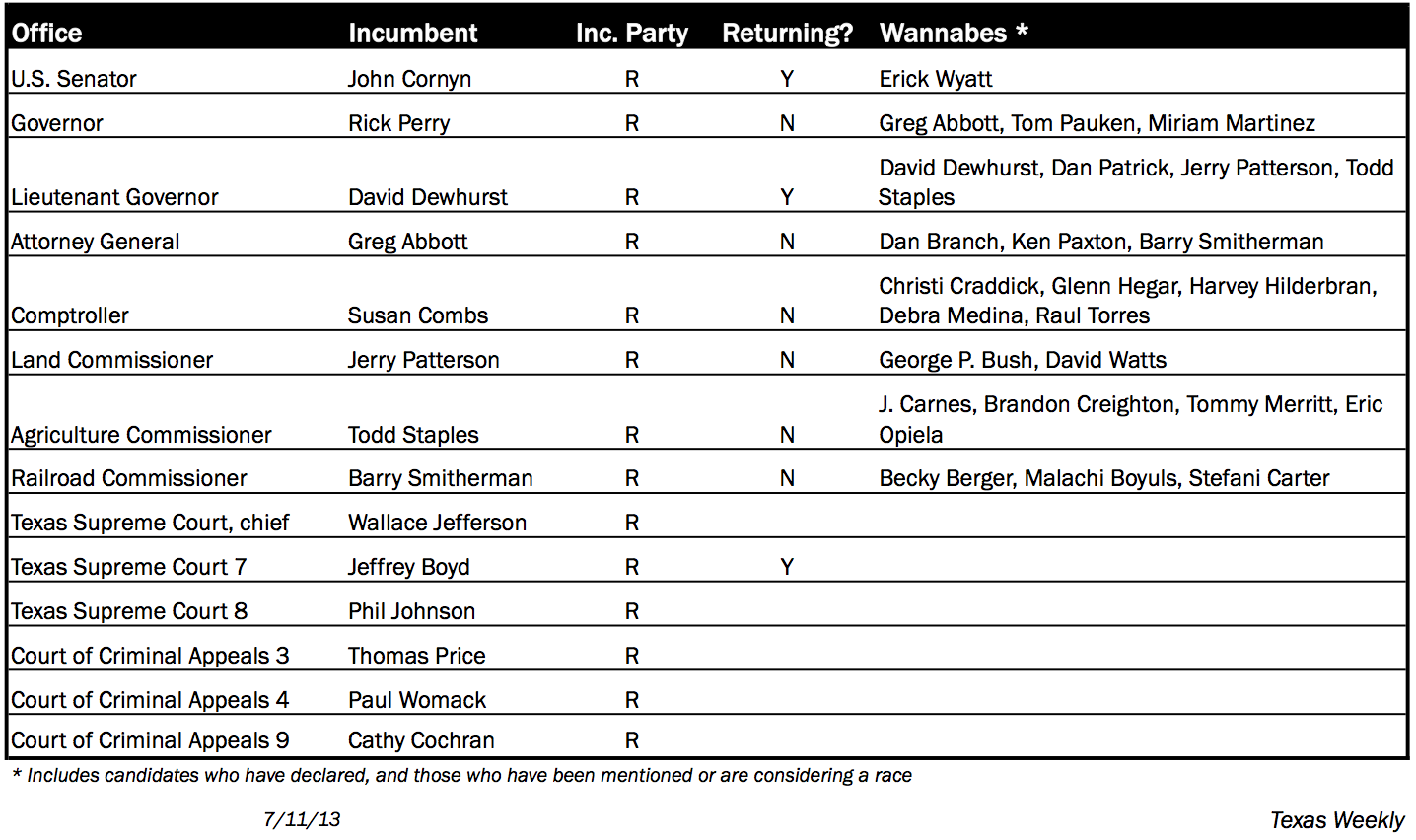