We had to ask the insiders about the dramatic ending of the first special session and what it means — or doesn’t mean — from this point forward.

Finally, some like to say legislators aren’t affected by demonstrations and that sort of thing, but the insiders don’t buy it: 66 percent said those sorts of demonstrations do affect lawmakers and legislation. 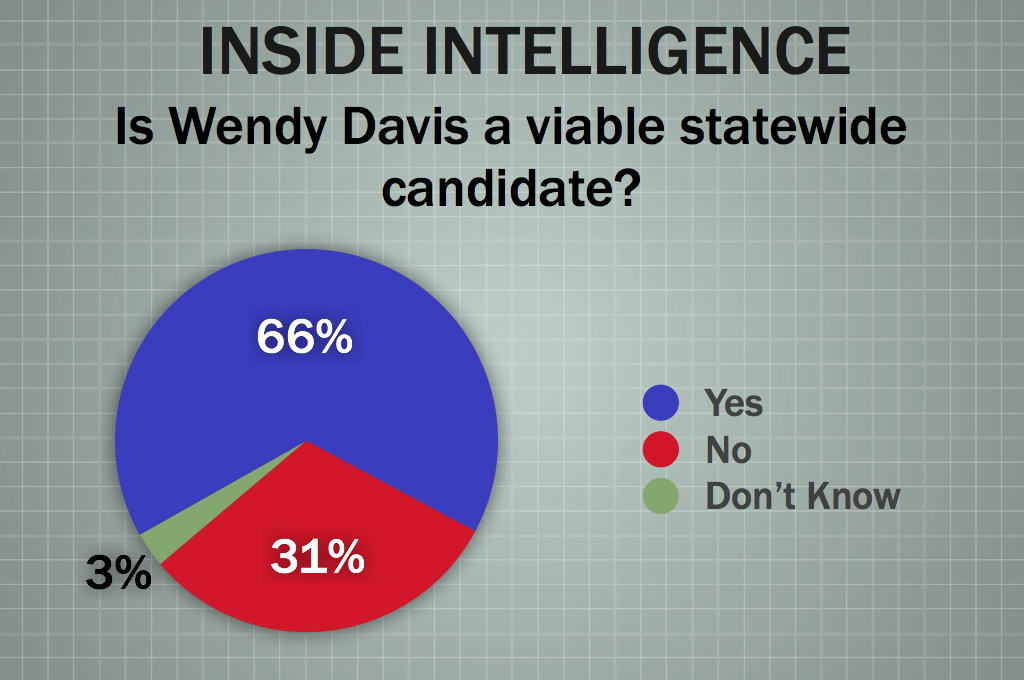 After the events of the last week, is Wendy Davis a viable statewide candidate for the Democrats?

• "The GOP inadvertently created a New Democratic icon in Texas"

• "Despite Twitter and money, the numbers are stacked against her."

• "The Democrats have to get something going if they are to ever make a resurgence in Texas. But they have to do it a piece at a time. Wendy Davis is smart and will not let the exposure go to her head and push her into a suicide move. ITs better for her to stand back and tell people she could have won than to get into a race that she will lose."

• "For the past dozen years Republicans have enjoyed a steady 12 to 14 point margin in 'statewide elections. No single event, no matter how dramatic, is going to change the basic structure of Texas politics over night."

• "We're jumping the gun a bit. Texas isn't ready for a statewide Democrat just yet. Give it a decade."

• "I think she is more like the only viable statewide candidate for the Ds. Unfortunately for the Ds (and her), if she does choose to run statewide, she'll likely get beat." 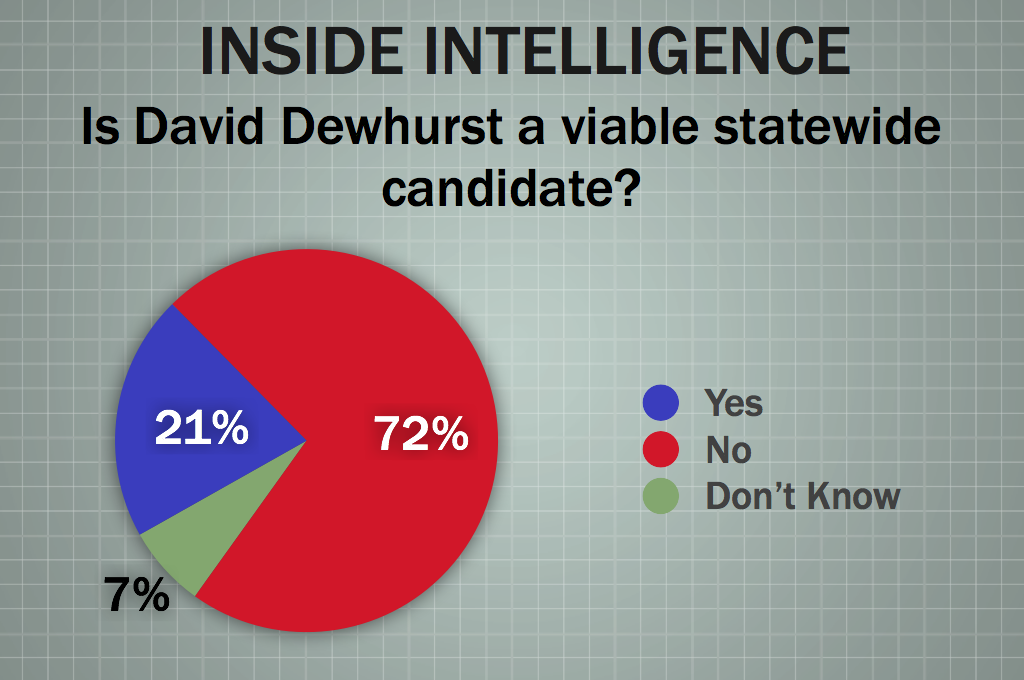 After the events of the last week, is David Dewhurst a viable statewide candidate for the Republicans?

• "Drip, drip, drip. This man, who is already riddled with self-inflicted wounds, is now taking fire from inside the ranks. He should mount up and quietly ride off into the sunset."

• "Depends on what happens in the special. If it passes, will be old news."

• "Stick a fork in the "Dew"-he's finished! The campaign consultants are going to suck up plenty of his money as he tries to prove otherwise."

• "David Dewhurst showed that the King has no clothes. Rather than get wiped out, he should retire as Lt. Governor and move on."

• "Blaming Dewhurst for the filibuster debacle is unfair. Perry introduced the abortion issue late and then the House dithered, getting it to the Senate late enough that a filibuster could run out the clock. Unfair though it may be, Dewhurst is cooked."

• "Dewhurst wasn't a viable statewide candidate after his last primary."

• "Had such hopes for him - he was reasonable, intelligent; loved Texas and wanted to do good for the state and its people. Now, he just wants to get re-elected! VERY sad to witness the de-volution of a person who could have been a true shining example of "good" Texas statesman. Now, he is just another bumbling politician."

• "If his primary opponents split the tea party vote there is a path for Dewhurst, the worst senate presiding officer in modern Texas history. What an embarrassment. Clown moves - attack the media and bust old ladies. What's next? Thumb sucking?"

• "With his checkbook, he's always viable."

• "He remains viable because he is the incumbent and can self-fund, but there is no doubt that he is greatly weakened from the events of last week." 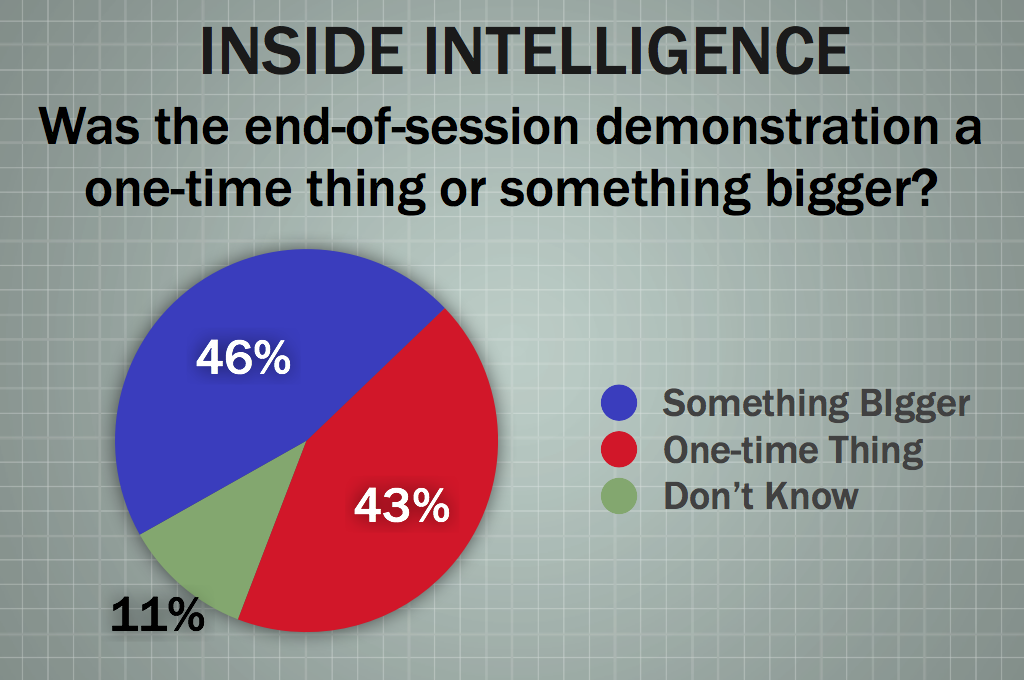 Do you think the demonstrations at the end of the first special session will develop into something bigger in politics or was that a one-time thing?

• "More Fundraising and voter registration activity for both sides."

• "This was not a tree falling in the forest. The whole world was watching."

• "They've certainly got their base fired up."

• "This may have energized a group if people who were probably already Democrat Primary voters. It will help Texas Democrats raise money that they have not raised previously."

• "It's a one time thing, though it might provide fuel to the long-range party building efforts of Democrats in Texas. Still, party building requires long steady effort."

• "It will be difficult for the D's to keep the momentum going for a long period, but if the R's keep making tactical errors, anything is possible."

• "People are waking up and realizing that elections have consequences and over the last few cycles in Texas those elections have been extremely detrimental to women in Texas!"

• "Democrats needed to believe again. We needed someone to grow a pair and show they were tired of being bulldozed. It already is bigger. The 2nd Special will only fuel the fire."

• "Gives Ds something they haven't had in a while - energy and hope. But can that enthusiasm be sustained? I'll believe it when I see it." 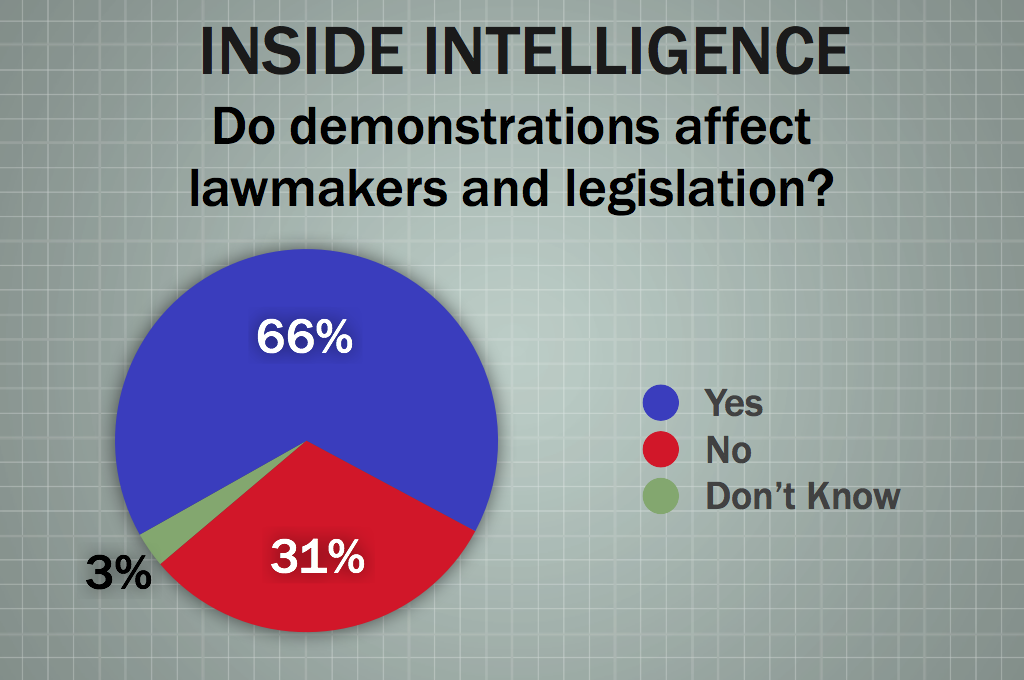 Do demonstrations like the one at the end of the first special session — no matter what side they come from — have any impact on lawmakers and legislation?

• "Minds are made up, such action only steels their resolve."

• "Absolutely not. Shows such as that are no indication of what the majority of the population wants. It's simply an indication of how one side or the other can use social media to muster a mob."

• "Clearly. It killed 3 pieces of legislation and here we are for Round 2."

• "Demonstrations have an impact on legislators but they make the average Texan uncomfortable (Unless it is about guns)."

• "Politicians are wired to placate the masses directly in front of them."

• "There isn't a politician in Texas that doesn't know which side of the "life issue" they are on."