Gov. Rick Perry sent word to Travis County District Attorney Rosemary Lehmberg that she could either resign from her post or lose $3.7 million in annual state funding for the public integrity operation in her office. That’s the unit that handles state cases — everything from tax fraud to the criminal transgressions of state officeholders, appointees and employees.  Lehmberg’s own transgressions led up to this; earlier this year, she was arrested for drunk driving and served a short jail term for it, all while remaining in office.

That’s the story behind this week’s questions to our political and government insiders. They overwhelmingly think she should resign from her post, with 73 percent backing that idea. But a smaller number — still a solid majority at 56 percent — thinks she should resign in the face of the governor’s ultimatum. And three insiders in five think Perry was out of line threatening to cut off the public integrity funding if she stays.

Finally, we asked whether the public integrity function ought to be in the local prosecutor’s office in the state capital anyway: 64 percent think it should be left alone, while 30 percent said those functions should be moved to a state agency.

As always, we collected comments along the way. A full set is attached, and a sampling of those remarks follows: 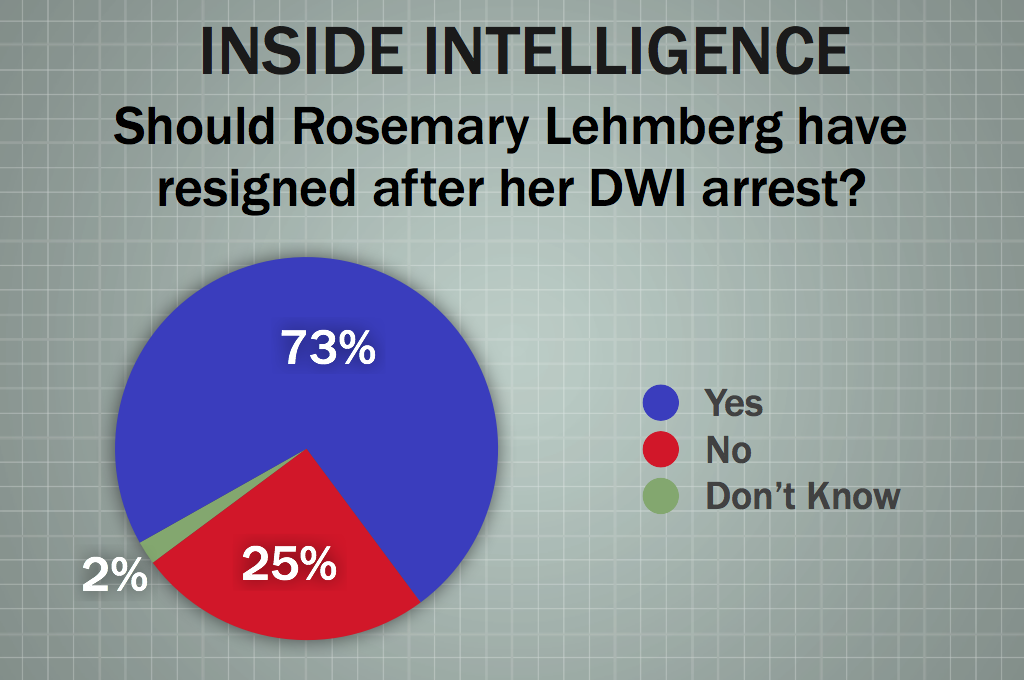 Should District Attorney Rosemary Lehmberg, who served jail time earlier this year on a drunk driving charge, have resigned from that job?

• "This simply should not be a partisan issue. How can the chief prosecutor in a county have any credibility when caught engaging in reckless, illegal conduct? I don't want Republicans to gain political advantage, but the integrity and credibility of the DA's office should take precedence."

• "Under the circumstances, yes."

• "DA has to have a higher standard. She needs to go."

• "The DA should step down and deal with her problems. I wish her much health and success, but I don't think any DA should be able to serve jail time while in office."

• "Because Prosecutors hold a very unique role in our society -- far different the role of the thousands of other 'non-prosecutorial elected officials' (i.e. - legislators and policy makers), they should be held to higher standard. If you commit a crime during your time in office as a prosecutor, your time should be up."

• "She violated the trust of the voters. And it's not just the DWI (although at .23 BAC, it's more than enough), it's the other issues associated with the incident: coercion, oppression, abuse of official capacity. We've all seen the video--threatening sheriff's deputies, spitting at officers, kicking and necessitating being bound, etc. If you answer no to this question, riddle me this: Based on what we know and have seen, are you proud she's your DA and why would you want her to continue in that capacity?"

• "There is a legal process in place to remove her from office. She will receive due process. That process should be allowed to work to its conclusion, whatever that may be. Failure to do so violates the separation of powers, as our courts are a co-equal branch of government (despite years of propaganda to the contrary). It bears noting that the electorate hasn't been marching in the street and calling for her removal. The pitchforks have instead been wielded by those who could fall under the Public Integrity Unit's scrutiny."

• "As sad as it is for me to say, she should have resigned. But I am selfish and DO NOT want the Governor to have the opportunity to appoint yet another person to an office!!!" 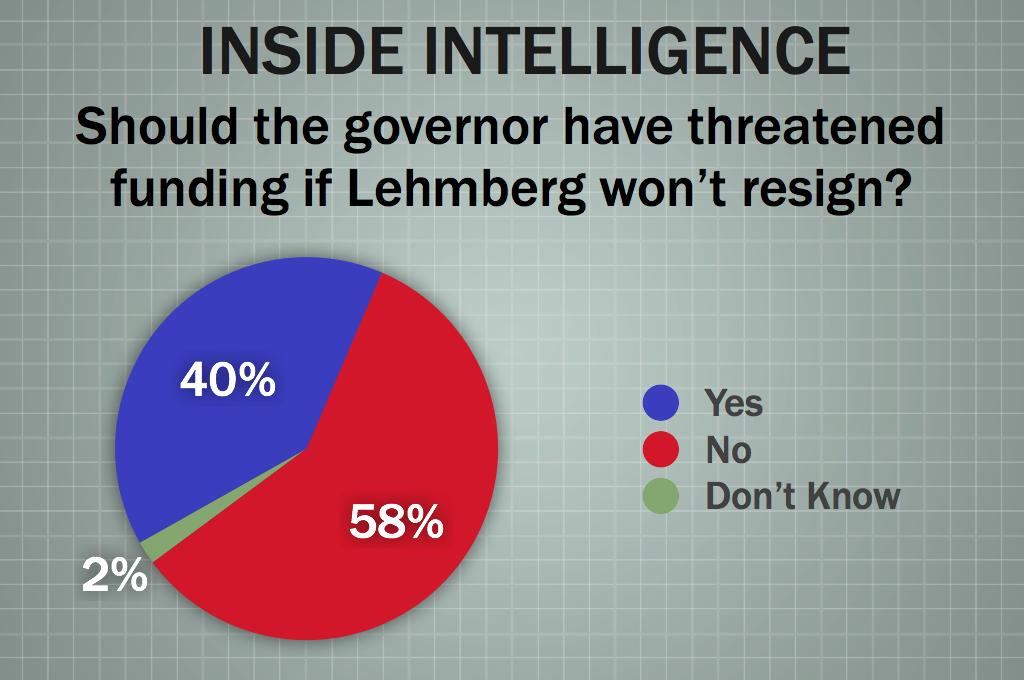 Gov. Rick Perry threatened to veto funding for Travis County’s public integrity unit unless the district attorney resigns. Was he right to do that?

• "We can't have someone head the public integrity unit who does not have integrity."

• "RP keeps finding new ways to bring an icky feeling to the office."

• "A rare moment where I agree with governor good hair."

• "No, he should let the legal system play itself out. The wheels of justice grind slowly and all that, but ain't nobody got time for Perry's grandstanding."

• "No, this is a ploy by Perry to use the Lehmberg controversy as a smokescreen to shutdown the ongoing CPRIT investigation in the PIU. The criminal investigation into the CPRIT scandal may very well uncover wrongdoing by those closest to Abbott and Perry and they are trying to covering their rear ends." 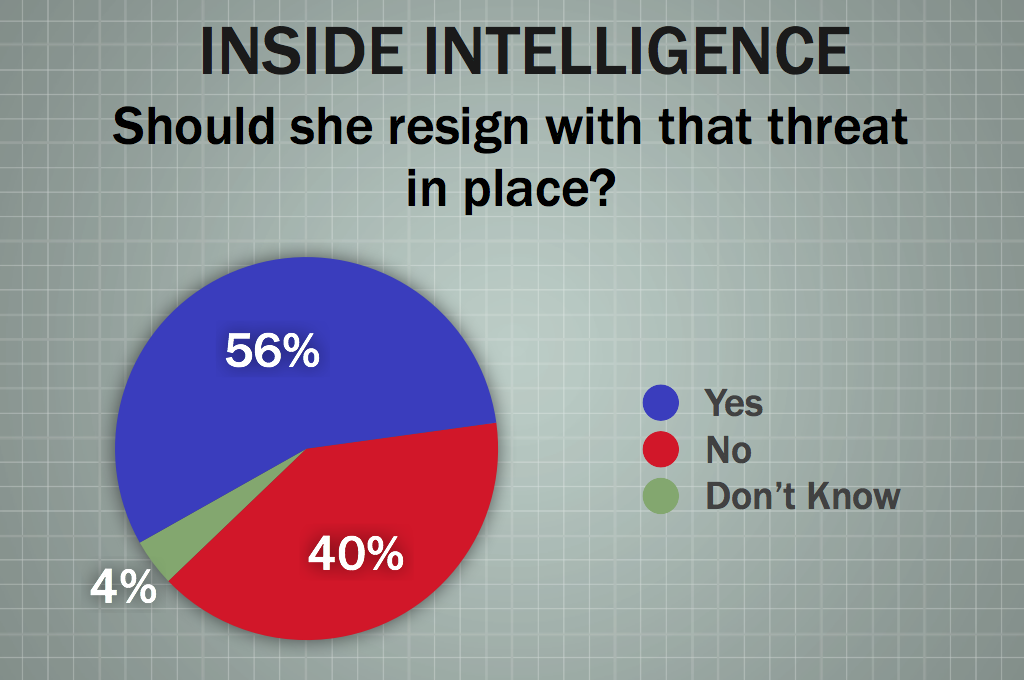 Should Lehmberg resign now that the governor has threatened her office’s funding if she doesn’t?

• "She should have resigned before and still should resign, regardless of the governor's threat."

• "That’s not why she should resign. The reason she needs to resign has not changed. All Perry has done is introduce a new angle that can be broadcast as political."

• "She should resign, but she can't give in to blackmail."

• "Her resignation should be based on her behavior, not the funding threat."

• "Despite her personal transgressions, resigning in the face of this unseemly threat would represent a terrible and dangerous precedent."

• "Travis County should pick up the tab if he does."

• "Either way, she stands to lose. You'd think she would want to maintain a shred of dignity."

• "She has to stay now - we all know why he wants that appointment." 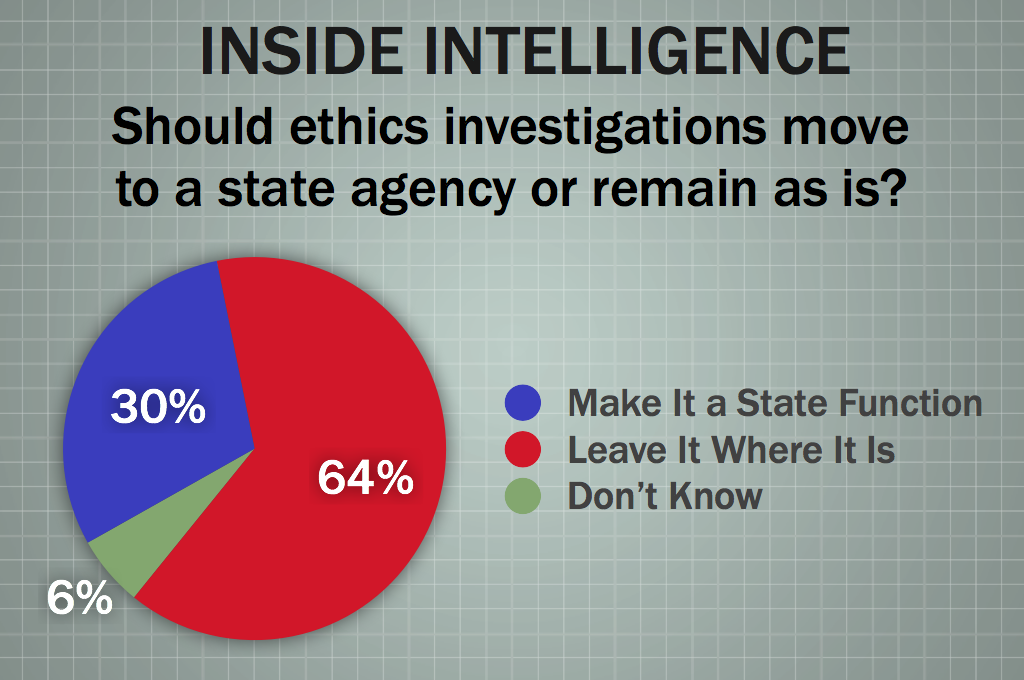 Should public integrity investigations and prosecutions of state officials be handled by the state itself or by local prosecutors in the county, as it’s done now?

• "There is no reason for voters of one liberal county to control ethics investigations for the entire state."

• "Prosecute wherever the offense occurs."

• "If you made it a state function, there would never be another prosecution."

• "So let's see: the state investigating the state? I'll spare you the obvious fox/hen house comparison. Just because the person who happens to hold the office stumbles doesn't mean a structural change is necessary - the Public Integrity Unit has operated professionally for forever. That legislators of both parties have been mad at them since the earth cooled is strong indication that they do their job just fine."

• "Really, have the state police itself? That's a laugh!"

• "Centralizing authority is not a good idea."

• "Not sure that local government oversight of state government is an ideal solution, but the highly politicized office of Attorney General or a toothless Ethics Commission is not preferable."

• "It doesn't really matter whose roof it's under, the office will only be as respected as the person who runs it."