With a little more than a week left in the session, we went to the insiders with questions about the end games — about what will be left at the end of the session, how the controversial things might come out, and who’ll be standing after the election season that starts when the session ends.

To be fair to the insiders, the situation is fluid at the end of a session. Most were betting that the Railroad Commission sunset bills — declared dead this week by their authors — would survive. And they were pessimistic about water funding, payday lending, transportation funding and Medicaid expansion. At this writing — this will change, and rapidly — those were, in order, alive, dead, alive and imperiled.

Most of the insiders don’t expect lawmakers to bust the constitutional limit on growth in state spending, to expand Medicaid or to tighten ethics laws. Some things they do expect will win votes: spending from the Rainy Day Fund, asking voters for infrastructure money, cutting business taxes and passing pay raises for judges and the linked increase in lawmaker pensions.

Finally, we asked the insiders for predictions of which of the current top state officials will remain in office — a new one or the one they’ve got now — after the 2014 elections. Their picks to win: John Cornyn, Joe Straus, Greg Abbott, Todd Staples and Barry Smitherman. And their picks to lose or retire: Rick Perry, David Dewhurst, Susan Combs and Jerry Patterson.

The full set of verbatim responses is attached. Here’s a sampling: 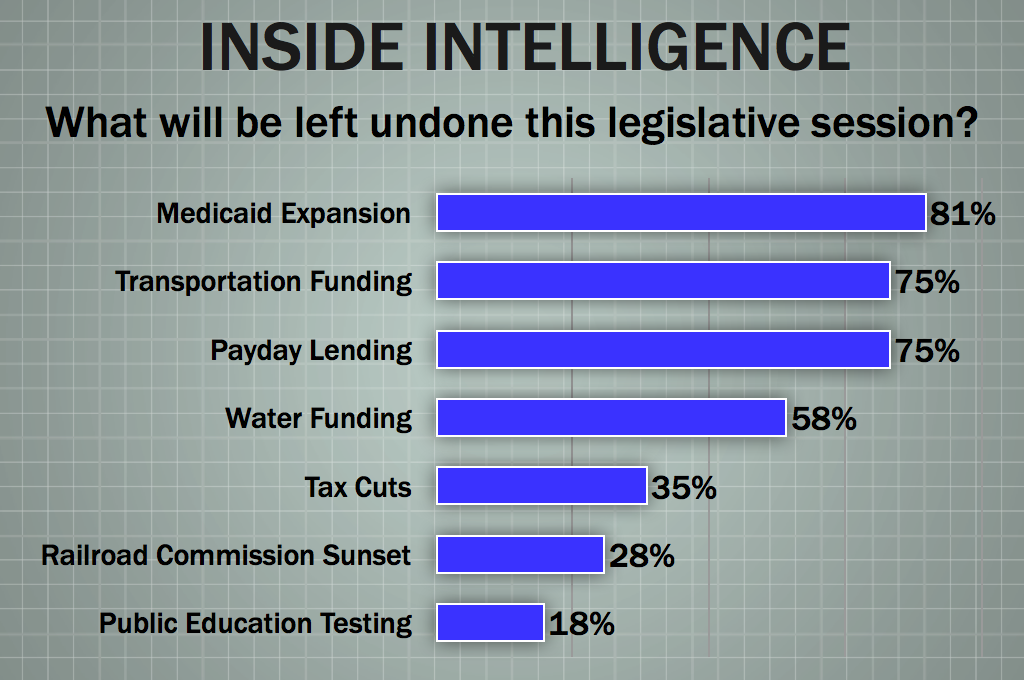 What will be left undone at the end of the session?

• "Query: When something is 'doorknob dead' (e.g. payday lending) in the 83rd Legislature is that term synonymous with ‘undone’?"

• "Too much time between now and Sine Die to say with any reasonable sense of confidence.  We're all just throwing darts."

• "As I made all these check marks, I think I figured out why it was such an easy session.  None of the hard things were decided."

• "There are a lot of big issues still in the ditch. I hope they can at least get water and RRC across the finish line but I'm not too optimistic."

• "Perry has a history of getting his way.  He has made it clear the only way to get home without a special is to implement a tax cut and fund water.  Everything else is expendable." 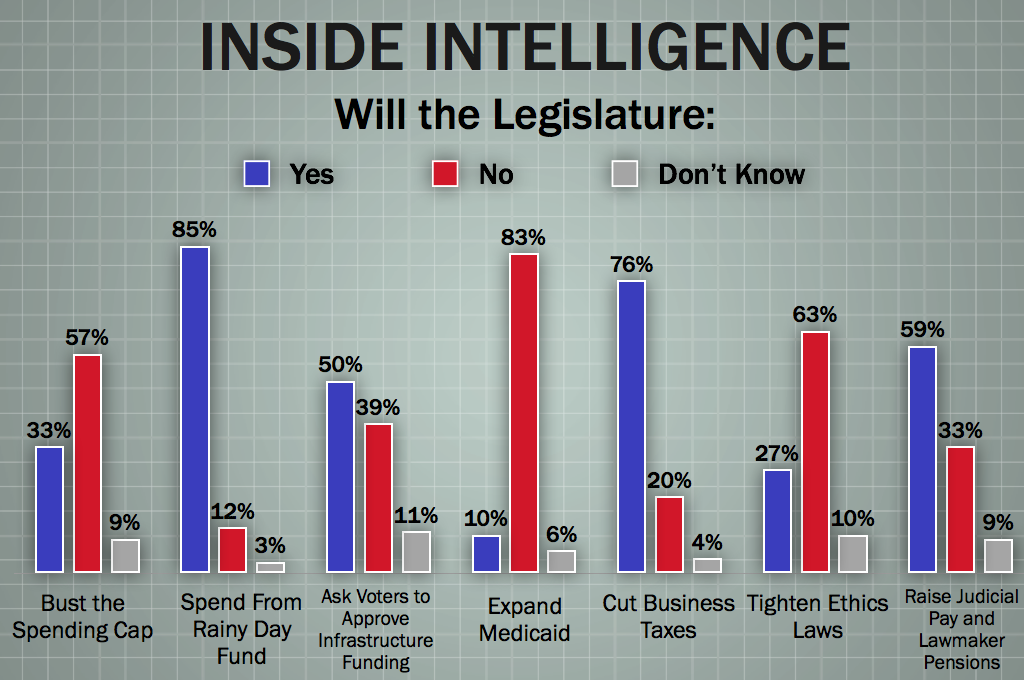 When all is said and done (special sessions or not), will the Legislature:

• "Will the House get its way on spending Rainy Day Funds without implicating the spending cap?  Or will the AG's opinion stand?  Stay tuned...."

• "Lawmakers, specially those that are expecting a Republican primary, need to be careful about raising their pensions. This issue can come back to hurt them."

• "There will be a special session. But then again, aren't all legislative sessions 'special' (in their own way)?"

• "They will pass window dressing legislation that shows they are getting tough on ethics.  Window dressing, mind you, nothing of substance."

• "A void in leadership in both chambers." 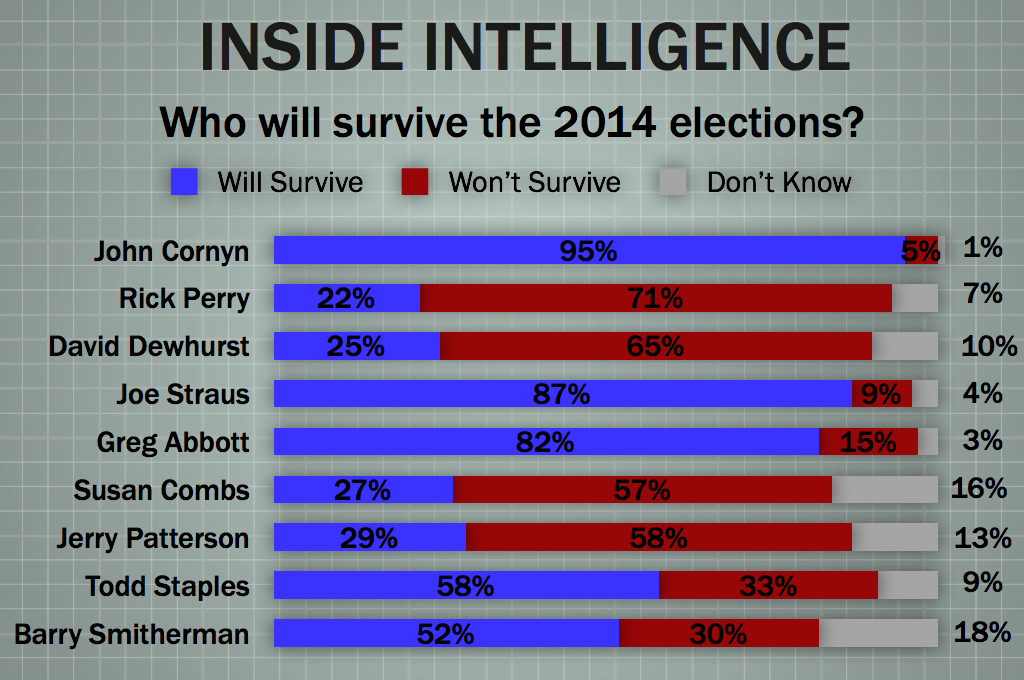 • "Cornyn: TEA Party candidates need not apply; Perry: 'It's deja-vu all over again.' Dewhurst: the only known outcome on this list; Straus: As an R or a D? Abbott: Yes, but only if he runs for AG; Patterson: He's going to write his Texana speeches all the way to the East wing of the Capitol; and Combs-Staples-Smitherman: Consider this a field wager. Field wagers never pay."

• "Any republican with statewide ambitions should run this cycle. I believe this is the last cycle a Republican candidate can run statewide and only have a primary to worry about."

• "What an uninspiring list of oops-ers, has-beens, wannabes, never-wills, and who's thats.  Even Republicans are sick of this crew."