The insiders weighed in on budget issues this week, which seems appropriate at a moment when funding for water, transportation, public education and tax cuts is in play at the state Capitol.

Almost everyone — 92 percent — said the state’s water plans will be funded out of the Rainy Day Fund before the budget is completed. Most think transportation will find money there, too, but less than half believe lawmakers will use the RDF for public education needs, and fewer than one in six said franchise tax cuts will be funded that way.

A slight majority said lawmakers will vote to exceed the constitutional limit on growth in state spending. A similar number — 52 percent — said Gov. Rick Perry will call a special session if lawmakers don’t do everything on his wish list.

Most — 53 percent — don’t think lawmakers will expand the Medicaid program under the federal Affordable Care Act, while 37 percent think the opposition to that idea, led by the governor, will fade.

We also included an open-ended question about what issues might cause real problems between now and the May 27 end of the session. The full comments on that and our other queries are attached. Here’s a sampling: 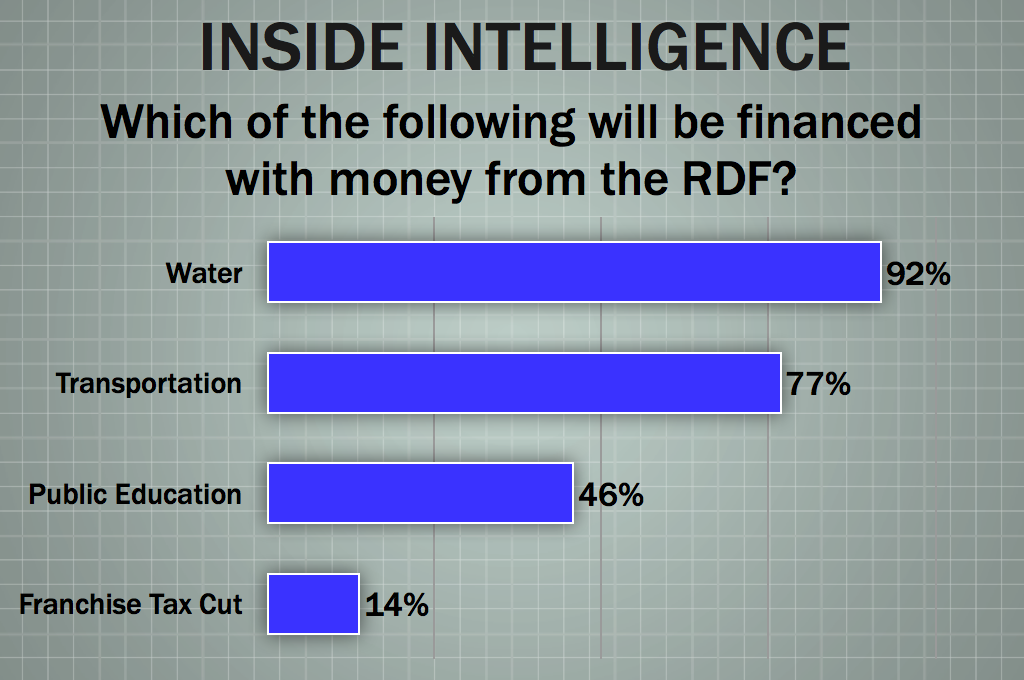 Lawmakers have talked about using Rainy Day Fund money for big items this session. When lawmakers are finished, which of the following will be financed with money from the RDF? (check all that apply)

• "It takes leaders who are wiling to educate the public and press lawmakers to address long-term state problems. Halfhearted efforts go nowhere fast. The big fear for conservatives is if we don't adopt conservative solutions to our problems we will end up with down with liberal solutions."

• "Believe there is full support in the senate but not in the house. Between the far right and the far left, there are not enough votes to pass the needed infrastructure legislation."

• "Water is the key. Without water, our state will look like those in the rust belt: lots of unused machinery and no jobs to speak of."

• "As long as the Ds can stick together to demand something for public ed, all three (water, roads, schools) will get something."

• "Members can run on addressing water and public education funding (even in a Republican primary)."

• "One time expenditures only, not for tax cuts, education, and health and human services.... having said that, they can spend it on whatever they can round up the votes for..." 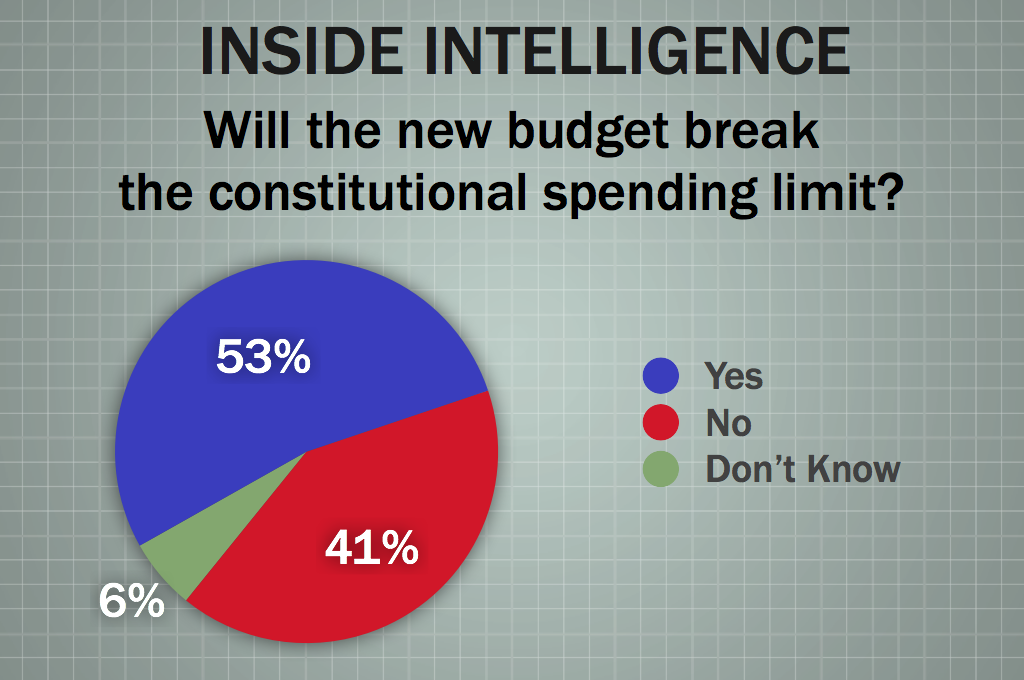 Some lawmakers want to stick with the constitutional cap on spending growth; others don’t. When the budget is complete, will spending growth exceed that limit?

• "Legislators seem intent on ignoring the constitutional spending stop sign. When they do, congratulations! The Texas Legislature will have become Congress."

• "I hope so. I'm all for fiscal restraint but Texas can't just let all of these problems linger and get worse."

• "Exceeding the cap will depend on permission from the voters."

• "If spending from the Rainy Day Fund is included - yes. If not - no, because there isn't enough available GR to even get to the spending cap."

• "Hard to know because 'budget' won't be complete until the 2015 legislature finishes paying for Medicaid (another IOU expected, though not as big as 2013's) and for schools (if assumptions about local property tax hikes turn out to be overly optimistic, and if there's a special session in 2014 that has to address inadequacies, not just inequities, in current system). So: 'Appropriations Act' might come in under the cap, but that's not the same as 'the budget.'"

• "Governor Perry will use his veto to achieve the cap." 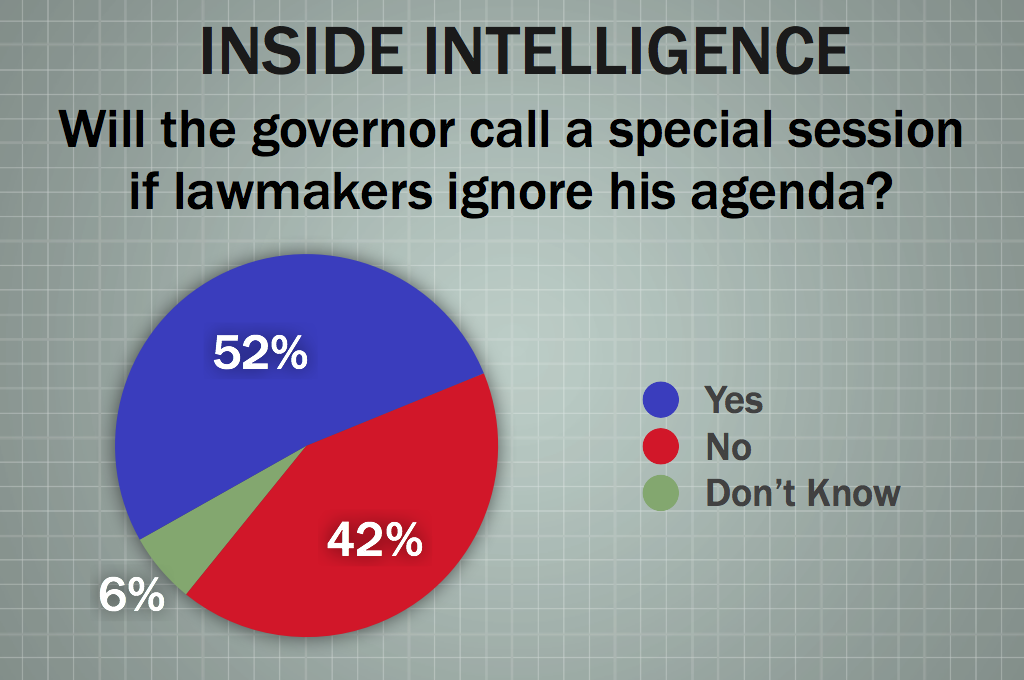 The governor called on lawmakers to find money for a tax cut, for water, and for transportation. Would he call a special session on those issues if lawmakers don’t heed his requests?

• "In a heartbeat. Newcomers to the Legislature will soon discover that when it comes to calling special sessions, this Governor doesn't bluff."

• "When was the last time he didn't get what he wanted? His veto pen is primed and ready...the House and Senate will fall in line."

• "The governor understands political theatre. He will only call a special session on issues he can win."

• "It is dangerous to guess what Gov. Perry might do. He has demonstrated the ability to buck logic in his decision-making process." 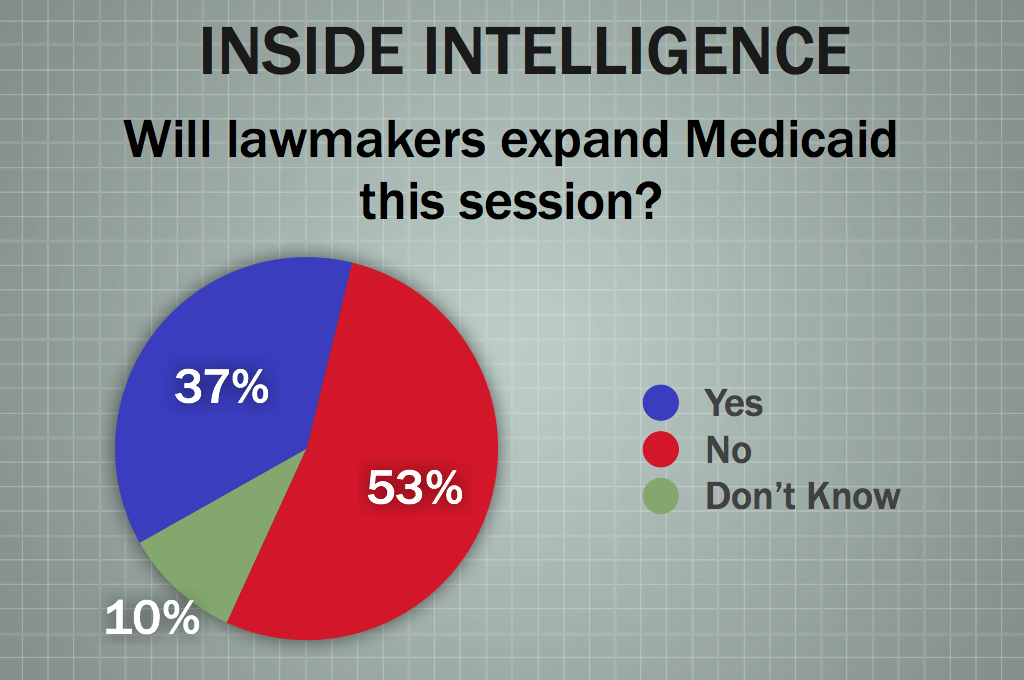 Will lawmakers find a politically acceptable way to expand Medicaid under the federal Affordable Care Act during this session?

• "Hard to expand without making it look like Obama won this fight in Texas."

• "Won't happen during this session, but it'll be an interim charge and it might have a chance next session, if there's a new governor."

• "Yes they will expand, no it won't be politically acceptable"

• "Texas will access these federal dollars but only after the legislature adjourns with a wink to HHSC Commissioner Kyle Janek - who will in turn cut a deal with the feds and then return to the lobby ASAP."

• "No interest in the senate."

• "There is no way Perry will allow Obama Care in Texas. If he cant get the President to answer his immigration letter, what makes any of us think the President will answer a letter on Medicaid when asked."

With a month left in the current regular session, what issues or bills do you think will prove to be particularly troublesome for lawmakers in May?

• "The pace has been slow and steady, but there is always a hiccup. Guns come to mind."

• "Paying for county road building and maintenance in oil production areas; how and how much to add to education budget"

• "The big issues are not finished yet, so put the budget, water, Medicaid, and tax cuts on that list."

• "Still some kinks in the budget and it has several moving parts. Last session the main reason they had to come back was to fix budget issues and deal with issues related to the budget that didn't get hammered out in the session."

• "Wouldn't try to predict. Meltdowns are inevitable, of course."

• "Expect the unexpected... Whatever happened to the TEA Sunset Bill - AKA The Death Star? Look for a nasty fight around HB 5 as Mark Strama's words re watered down rigor echo through the Senate chamber."

• "Rick Perry will increase his veto threats over high-stakes testing, and legislators will have to uncouple tests with curriculum."